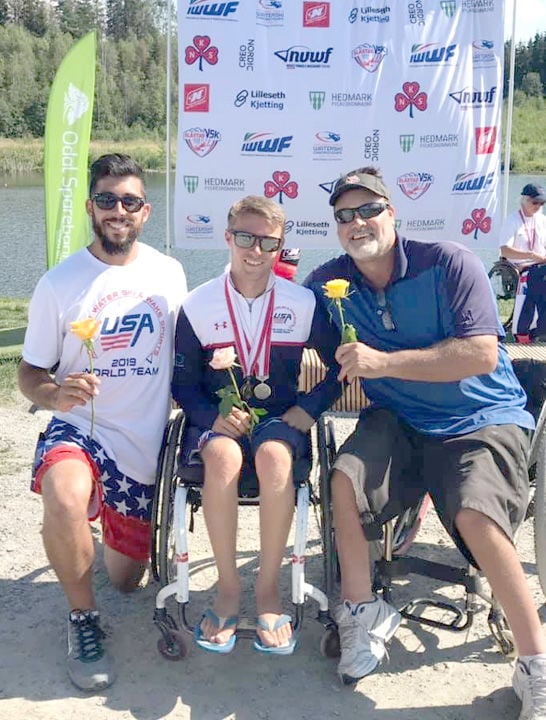 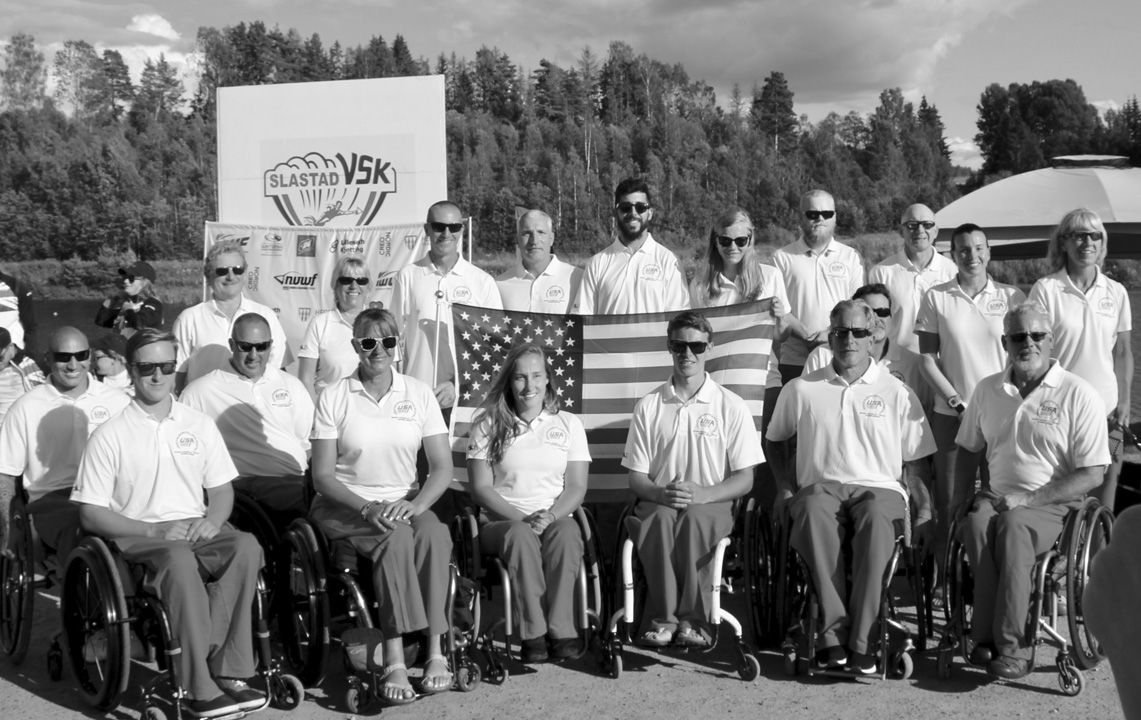 Eight years ago, a case of frost bite changed the course of Connor Poggetto’s athletic career.

Poggetto, now 22, had thought that snow skiing would be his life. He had been skiing since he was six and was eager to see how far he could go in the sport.

He developed frostbite one day, however, which led to the decision that maybe a different type of skiing was in his future.

Poggetto has hereditary spastic paraparesis, in which the brain is unable to figure out how to use muscles midway through his thigh and down.

Since Poggetto couldn’t feel his leg, it was hard to tell that it was cold enough to get frostbite.

After that incident, he turned his attention to water skiing and last month, that decision proved once again to be a life-changing one.

“So my life flip-flopped from snow skiing for most of the time (to water skiing). The sun was much easier than the snow,” Poggetto said on Aug. 15.

That decision has paid off in dividends in the past few years, most recently during the IWWF World Disabled Championships July 22-28, where Poggetto set two pending world records (he already owns one world trick record) and was the only person on the USA Adaptive Water Ski and Wake Sports team to score in all three events.

In addition to his pending world records, Poggetto is the now the number one disabled water skier in the world after being named overall champion at the world championship.

His performances were part of a 14-person effort that resulted in gold for the team at the meet.

“It was definitely a very satisfying feeling. All of the time and energy that we put in the water paid off,” said Poggetto, who trains in Elk Grove and lives in Sacramento.

Poggetto earned an 1810 and a 1640 for tricks to set the pending world records, which he said typically takes a month and a half to two months to be reviewed by a board.

“Proud, rewarding, we’ve sat down and put a plan together to reach those goals and he put the time in on the water and I put the time in with coaching and he went out there and was able to execute when it counted on the biggest stage at the world championships,” Brian Detrick, one of Poggetto’s coaches, said when asked how he felt about Poggetto’s performance.

Detrick, who is a water skier himself who just competed in Malaysia and was ranked 10th in the world for men’s slalom as of Aug. 8, was selected to be a coach for Team USA and was with Poggetto when he won.

Being given a chance to coach one of his students at the world championships was an opportunity Detrick couldn’t pass up.

“I was asked if I was interested in putting my name in as one of the coaches in August 2018 and if I had any interest going to Norway for the championships. When they announced the national team I received a call saying I’d been selected,” Detrick said.

Poggetto trains at Shortline Lake off of Sheldon; the lake is a man-made lake that was the site of the 2015 world championships. He also trains with Matt Oberholtz in Chico.

There are three categories in disabled water skiing, athletes are either an arm or leg amputee that may compete standing up, seated, which includes paraplegic or quadriplegic, and lastly, vision-impaired.

“Depending on where their injury is at the spinal level, affects their body position and technique, what their limitations could be. It’s very, very humbling working with them and being able to see what they’re able to accomplish despite the obstacles that have come up in their life,” Detrick said when asked about his experience working with Team USA.

When he’s not water skiing, Poggetto has made sure he is still doing something related to the water; he works sales for West Coast Boat Center and manages the Lake Tahoe location of the business.