Skip to main content
You are the owner of this article.
Edit Article Add New Article
You have permission to edit this article.
Edit
Home
News
Sports
Lifestyle
Obituaries
Multimedia
Classifieds
Local Events
1 of 3 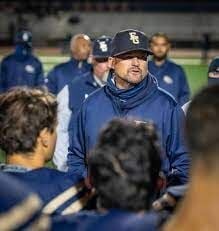 John Heffernan returns for his sixth season at Elk Grove, touting a squad that will compete for a Delta League championship once again. His 2019 Thundering Herd won the Sac-Joaquin Section Division II championship. 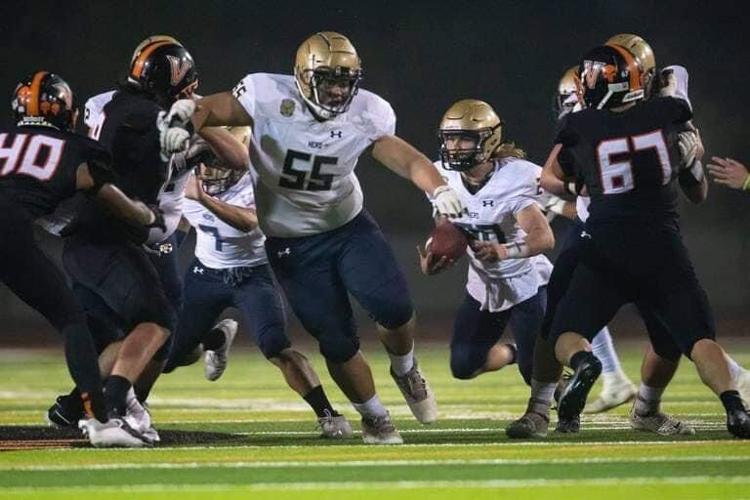 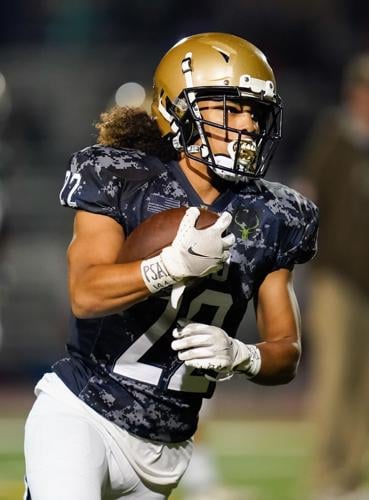 John Heffernan returns for his sixth season at Elk Grove, touting a squad that will compete for a Delta League championship once again. His 2019 Thundering Herd won the Sac-Joaquin Section Division II championship.

For the first time in quite a while, Elk Grove’s football team will have question marks when the 2022 season kicks off. It surely won’t be up front where sixth-year coach John Heffernan will run his patented flex-bone offense behind talented linemen. Despite some key losses to graduation, the Herd offensive line, nicknamed the “Hammerheads,” will be plenty big and plenty talented. However, the guys toting, throwing and catching will all be pretty new.

“We will be young,” Heffernan admits. “Young guys are coming up and having to play key roles. It will be on the job training.”

Elk Grove finished in second place a year ago in the Delta League, losing a track meet/turnover bowl to last season’s league champion, Jesuit, 70-35. That was a game everyone who bleeds blue and gold would like to forget. But, the Herd was impressive in the Division II playoffs, finally getting knocked off by Monterey Trail in the Sac-Joaquin Section semi-finals.

It used to be any high school team would feel blessed to have anyone on the offensive line that weighed more than 200 pounds. Elk Grove has a bunch of them, plus most weigh a whole lot more than that. Still, it takes technique for anyone’s O-line to be really good and that’s a trademark of the Thundering Herd. They will push most of their opponents around the field all night.

It all begins with highly recruited and very talented Simione Pale, at 6-4, 330 he’s going to be lined up at right guard and pop holes in the middle of anyone’s defense all night.

“He’s got a GPA of 4.0-plus, that opens so many doors for him,” Heffernan said. “Plus, he’s a tremendous talent and yet has room for growth. He hasn’t begun playing his best football, yet.”

Pale’s committed to playing his senior season before deciding where he’d like to play in college. As of now, he has scholarship offers from all the Pac-12 schools. No one locally has had that attention from college coaches to this extent since Arik Armstead played at Pleasant Grove.

“He gets off the ball, he plays the game the right way and he’s tough,” Heffernan added.

Pale’s got plenty of help along the front, too, starting with James Minot and Brandon Sullivan.

Most of us could rush for 1,000 yards behind the Hammerheads this fall, so right now Heffernan will rely on Mason Vazquez and Jeremiah Rosales, who both had some playing time a year ago, to take most of the carries. Sophomore quarterbacks David Hale and Dylan Archuleta will be calling the signals.

“But, I’m excited,” Heffernan said. “We’ve got lots of good, young men putting in the hard work. They are starting to grasp what we want to get done.”

Overall outlook for this season:

Heffernan’s unique flex-bone offense will win him some games, as it has so many times over the years. Keeping a focus on the run game will continue to be the Herd’s trademark.

“The kind of offense we run definitely gives us an opportunity to compete in every game,” he said. “It gives us the opportunity to keep the game close and then win it on special teams or defense.”

Schedule for this season:

The Herd opens with home games against his coaching friend, Joe Cattolico, and the Granite Bay Grizzilies, and then Antelope, in what could be playoff preview contests. Then Elk Grove travels back-to-back to games in the Bay Area. First, it’s a Labor Day Weekend afternoon game at Menlo/Atherton followed by a Friday night contest at San Ramon Valley.

Starting year six at Elk Grove Heffernan says he is having fun coaching here after building up a quality program at Luther Burbank between 2004 and 2017.

“Here it is wall-to-wall people almost every (Friday) night,” he said. “It’s like nothing we’ve experienced before, except occasionally when we played Grant, and that was fun. But, here, it’s like that every Friday. People come out. They love their school. They love their community. And, we’re super excited to represent this community and try to do it the best way we know how.”