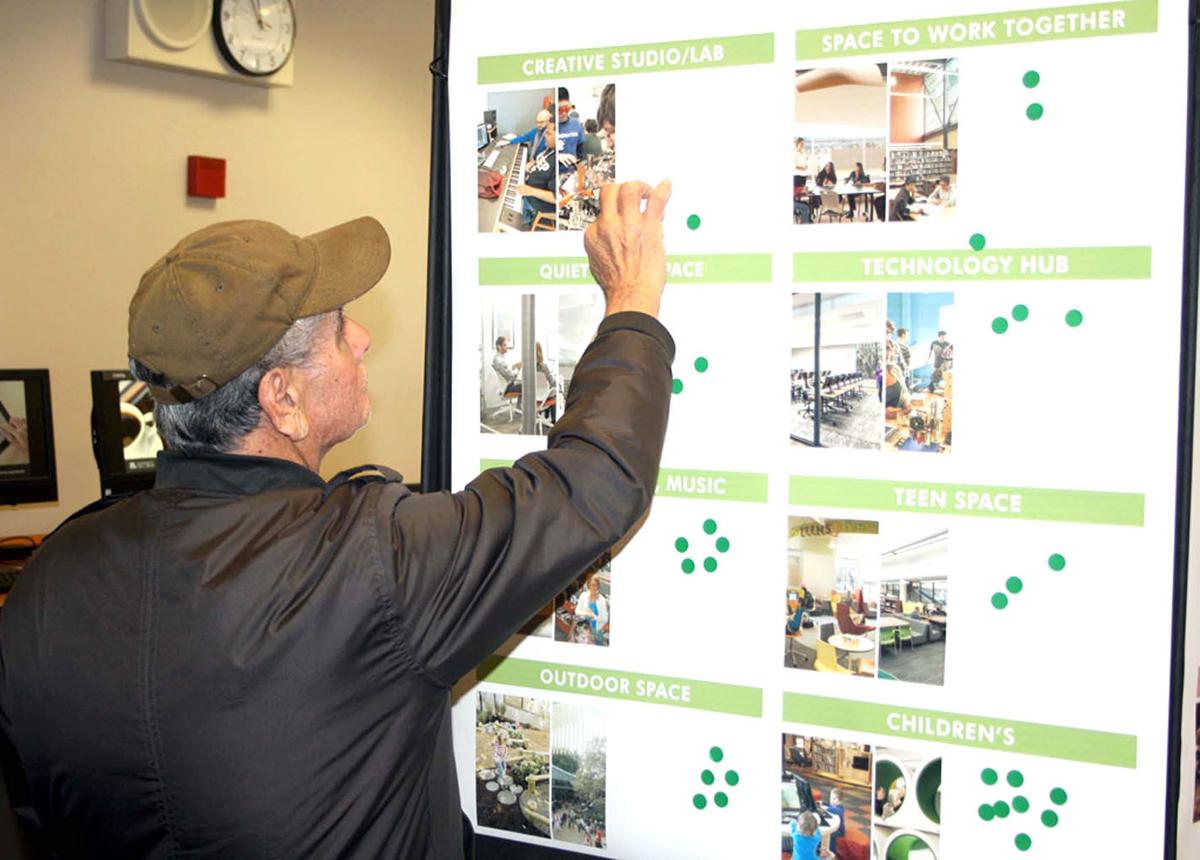 A Franklin Community Library patron affixes a green sticker to a board. The location of that sticker represents his desire to have a creative/studio lab at the future library at the civic center. 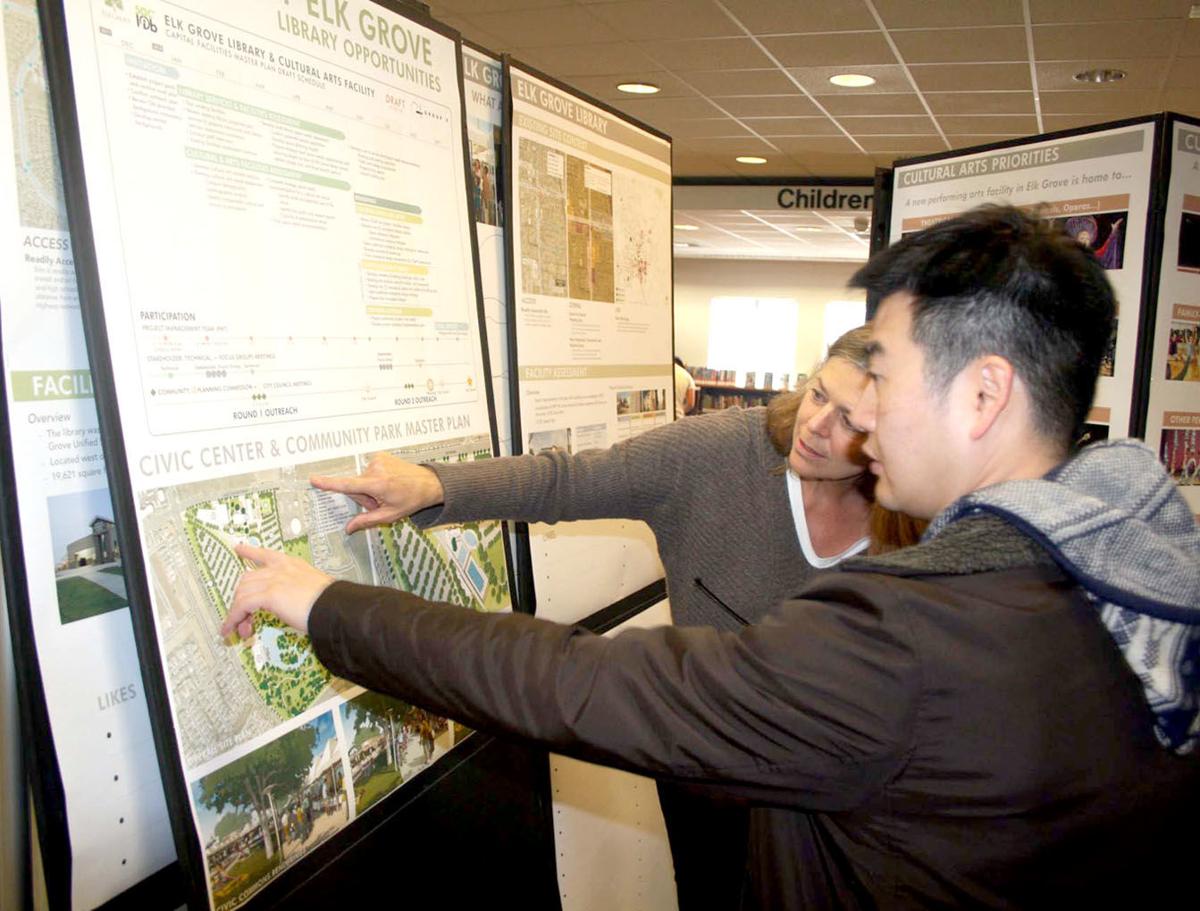 Project architect Dawn Merkes speaks to a library patron at the event.

A Franklin Community Library patron affixes a green sticker to a board. The location of that sticker represents his desire to have a creative/studio lab at the future library at the civic center.

Project architect Dawn Merkes speaks to a library patron at the event.

As the city’s future civic center edges closer to becoming a reality, patrons of the Franklin Community Library on Feb. 24 shared ideas on what features they would like to see at that project’s future library and cultural arts building.

Heading the information kiosk at this five-hour event was Dawn Merkes, the building’s architect, who provided details about the project and handed out adhesive stickers for guests to place on suggestion boards.

The boards included such possible library features as a quiet reading and studying area, a tutoring space, and such performing arts options as music concerts as well as dance and theatrical performances.

Merkes described the type of library that will be located at the future civic center.

“Everyone should visit a new library, because libraries have transitioned tremendously from what they used to be,” she said. “They really have become destinations, not just for accessing information, but most importantly for creating information in terms of technology, in terms of the programs (offered, and) opportunities to collaborate with your community.”

“The population has far outgrown what your libraries currently are able to support,” Merkes said. “There are currently two libraries (the Old Town Elk Grove and Franklin libraries), with a total of about 33,000 square feet for a population of over 150,000.

But Merkes noted that it is also important to attempt to stay ahead of the curve by planning for future growth in Elk Grove.

The future library is proposed in the city’s master plan to have a square footage range of 50,000 to 70,000 square feet, including the theater component and parking.

That component will be co-located with the library in the same manner in which downtown Sacramento’s Central Library includes its “galleria” theater element.

Merkes mentioned that many residents of the community have desired the theater component for a long time.

On a trivial note, Merkes added that the project’s landscape architect Marco Esposito recently returned from the Winter Olympics, where he worked as a ski jump designer.

Among those who visited the kiosk at the Franklin Community Library was Diana Rose, who said she looks forward to having a state-of-the-art library in Elk Grove.

“It’s amazing,” she said. “That really puts us in the cutting edge with the rest of the Sacramento (region). It gives us a venue for growth and discovery.”

As part of the project’s timeline, options for the library and cultural arts facility will be presented to the City Council on May 23.

The council’s direction will be reviewed by focus groups and stakeholders to refine those options into a final report.

In addition to the polling conducted at the Franklin Community Library, an online survey is also available at www.elkgrovecity.org through mid-March.