A slew of performances entertained visitors at the festival. 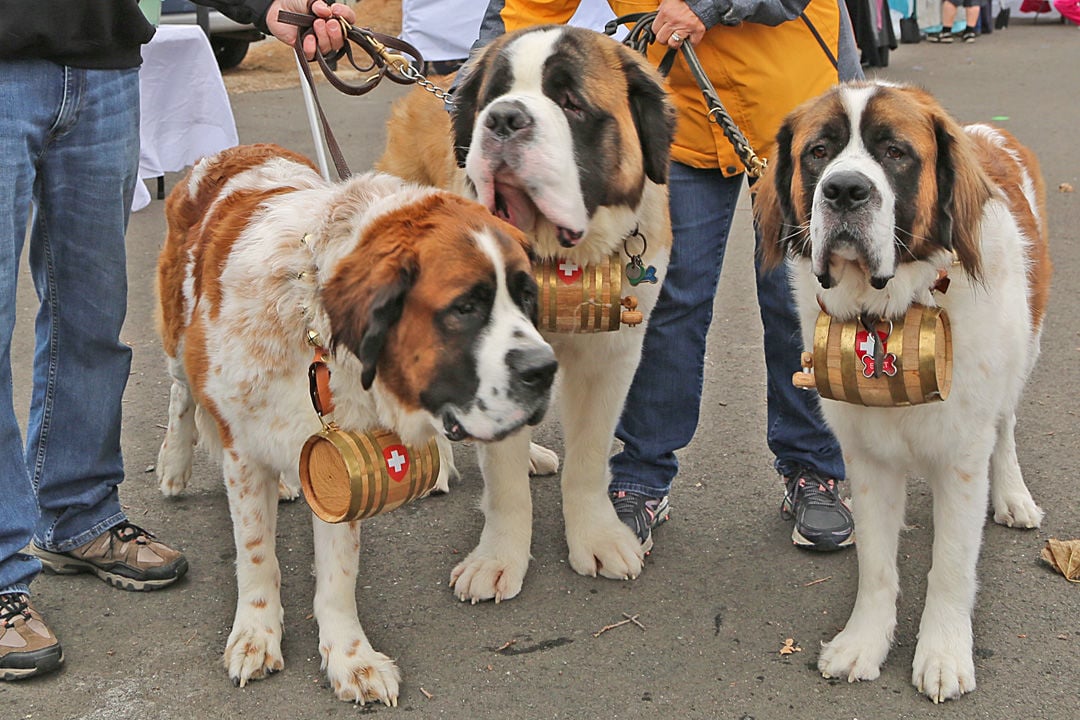 St. Bernards are on duty in Old Town Elk Grove. 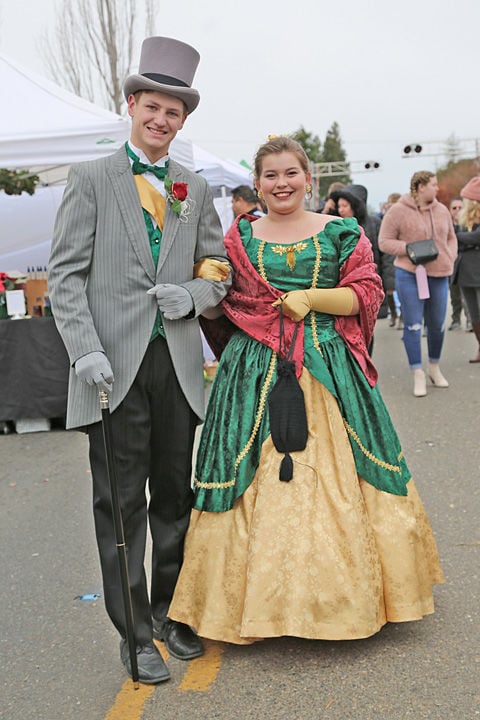 A Victorian Christmas atmosphere comes alive at the festival. 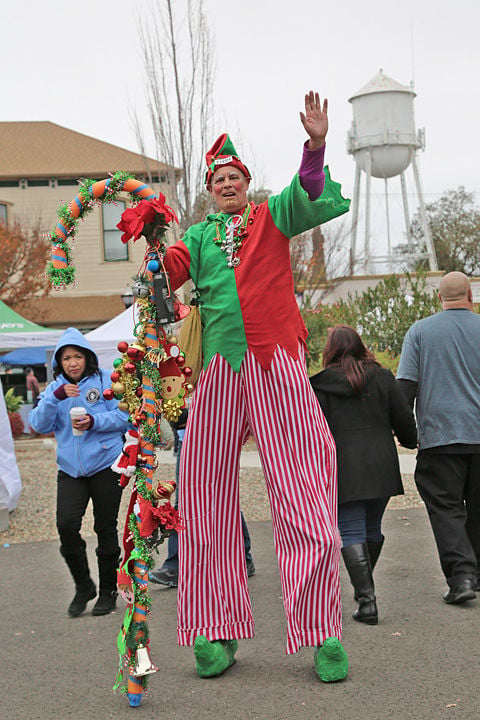 A stilt walker greets visitors at the Dickens Faire. 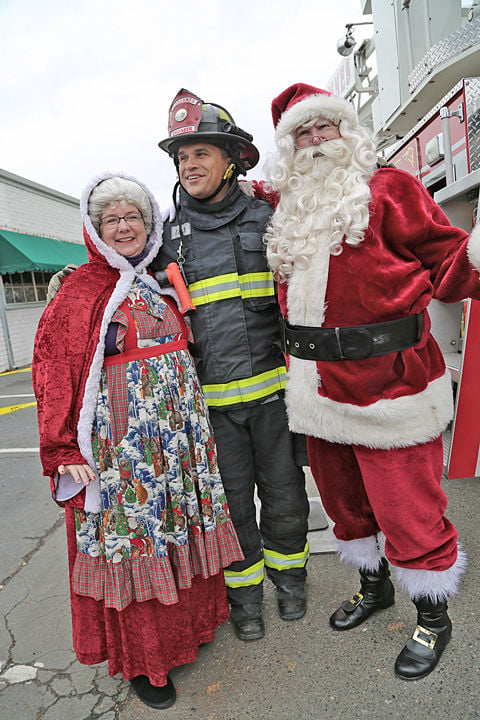 A Cosumnes firefighter joins Mr. and Mrs. Claus for a picture after firefighters brought Santa down from a rooftop during the festival’s traditional Santa Rescue. 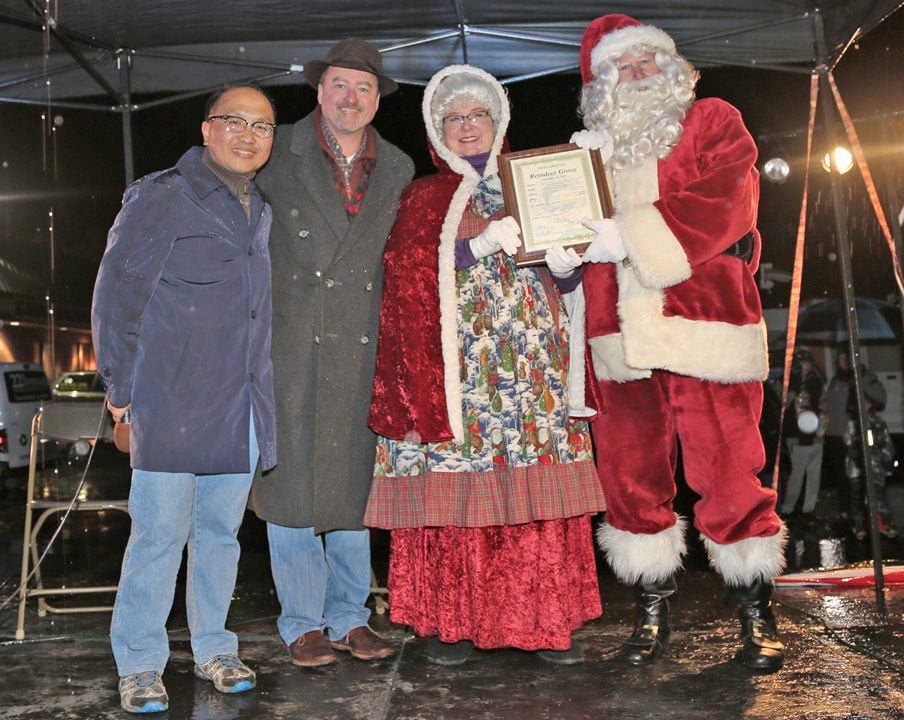 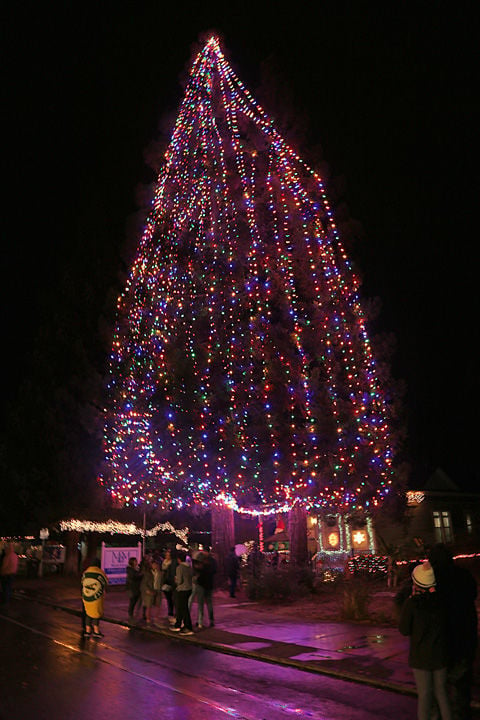 A slew of performances entertained visitors at the festival.

St. Bernards are on duty in Old Town Elk Grove.

A Victorian Christmas atmosphere comes alive at the festival.

A stilt walker greets visitors at the Dickens Faire.

A Cosumnes firefighter joins Mr. and Mrs. Claus for a picture after firefighters brought Santa down from a rooftop during the festival’s traditional Santa Rescue.

Lighting up the large Christmas tree at the Old Town Elk Grove Dickens Faire this year held an extra special place in the hearts of many Elk Grove residents. As per tradition, the festival on Nov. 30 ended with a lighting ceremony for the tree that stands near the corner of Elk Grove Boulevard and Walnut Avenue.

Since the annual Parade of Lights was moved from the Dickens Faire to the upcoming IllumiNATION Holiday Festival on Dec. 7, some were afraid that people wouldn’t stick around for the tree lighting ceremony at the Dickens Faire.

“We just want people to hold onto that sense of community and tradition because I think it’s important, especially when cities keep growing big that you keep that small town feel. (A population of) 175,000 is a lot of people. If we could just hold onto those (traditions) of what made Elk Grove, Elk Grove from the get-go, I think it’s important,” said Jamie Boulet, a member of the Elk Grove Chamber of Commerce Leadership Elk Grove Program, which helped the Lack family with the tree lighting preparations this year.

As the Citizen earlier reported, the Lacks bought the Old Town Christmas tree’s property in 2006 because of the history of the house and its famous tree.

Every year at the tree lighting, the Lack family has one of their grandchildren flip the lights on, followed by hot cocoa with Santa and Mrs. Claus.

“Some of that they (the Lack family) created on their own. A lot of people think that the tree lighting is a city event. I don’t think a lot of people realize it’s just a family who wants to see kids smiling and having fun,” Boulet said.

Boulet said the participants of the program this year discussed why the parade was leaving the Dickens Faire and tried to see if it was something that was going to be saved. Unbeknownst to the leadership group, the parade had already been moved for liability reasons and, therefore, the group decided to partner with the Old Town Foundation.

“We wanted to help bridge that gap of time that was missing from the Dickens Faire to the tree lighting,” Boulet said.

She said the leadership program helped them add 3,000 more lights onto the tree this year and utilized sponsors to bring a 120-foot and an 80-foot lift in.

“We spent a whole day bringing these giant lifts in and adding the lights,” Boulet said.

In total, she estimated that the tree has about 8,000 lights this year.

To encourage attendance at the west end of the faire, the School of Rock house band, a drum corps and choir were recruited to perform on a stage that was located across from the Christmas tree.

“We really wanted to support Old Town with the community tradition, Boulet said.

One of Boulet’s fellow leadership program members, Lisa Dawson, made 144 light bulb-shaped ornaments that she sold at the Dickens Faire to raise funds for the Old Town Foundation so they can continue to do this again.

At a suggestion donation of $5 each, most of the ornaments were sold by 3 p.m.

“We had a really good pouring of support. When people hear the story of why we are selling them. They want to give back because they want to keep things in old town,” Boulet said.