You have permission to edit this article.
Edit
Home
News
Sports
Lifestyle
Obituaries
Multimedia
Classifieds
1 of 3 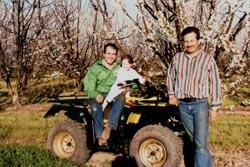 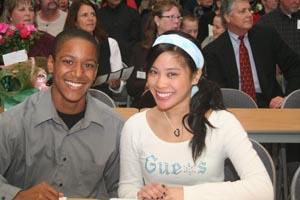 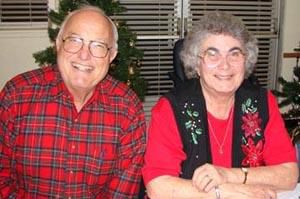 Mel and Lena Oneto at one of the many community functions they participate in. The Onetos are the Citizen’s Family of the Year for 2007.

Mel and Lena Oneto at one of the many community functions they participate in. The Onetos are the Citizen’s Family of the Year for 2007.

From volunteering with the Lions Club to working to preserve agriculture in the Central Valley, the Oneto family has shown dedication to their community since moving to Elk Grove from Stockton in 1967. This is why they are the winners of the Citizen’s Family of the Year Award.

Melvin Oneto and his wife Lena have shown their dedication to Elk Grove by the many organizations they belong to, including the Elk Grove Lions Club, the Elk Grove Chamber of Commerce, Elk Grove Republican Women and the Soroptimist International of Rio Cosumnes.

Their children, Ronald, Lorene and Kenneth have followed the example set by their parents, also staying involved in community activities.

“[Mel] has an outstanding family, always willing to help someone who needs help,” Andy Anderson, president of the Elk Grove Lions Club, said. “He is just a giving type of individual, the whole family is.”

The Oneto family is widely respected in the community and was even honored by the Elk Grove Community Services District in 1991, having a park named after them. Oneto Park is located at 9477 Hidden Hollow Court.

Together with their sons Ron and Ken, the Onetos run KLM Ranches in Elk Grove, farming crops such as cherries, artichokes, beans for canning, wine grapes, corn, hay and tomatoes.

“Mel has been instrumental in the community in a lot of ways,” said Martin Kennison, who worked with Mel in the Lions Club for nine years. “He has been in the Elk Grove community for years, so his contributions are tremendous.”

From president to district governor, Mel has worked in almost every position in the 32 years he has been a part of the Lions Club. He currently holds the position of Membership Director, dedicating his time to recruiting new members,

“He is a wealth of experience,” Anderson said. “He has done everything that a club member can do to help in the community.”

He has also served as the president of the Senior Center of Elk Grove and has been on the board for Spotlight on Excellence, a scholarship program for the Elk Grove Unified School District.

As a couple, the Onetos have been members of many organizations, including the Elk Grove Chamber of Commerce, the Chamber Ag Lunch committee, the Western Festival, the Sacramento County Fair Association and the Elk Grove Historical Society.

“[Mel] and his wife are top-notch people,” Kennison said.

Ron, the oldest, is also a Lion with the Pride of Laguna Creek Lions Club. He is also chairman of the California Tomato Commission.

The youngest child, Ken, has been on the board of the Farm Bureau for 13 years, and has been its president for two years.

“Ken has been a leader and advocate for agricultural issues in this county,” said Charlotte Mitchell, Executive Director of the Farm Bureau. “He loves land, nature and enjoys watching wildlife. He is an advocate for providing habitat for the corridor of the Cosumnes River.”

“The family is classic, and it has been a tremendous experience and opportunity to call them my friends,” Kennison said. “They are a beyond gold family, they’d probably be platinum if I was to describe their relationship together and with people outside of the family.”