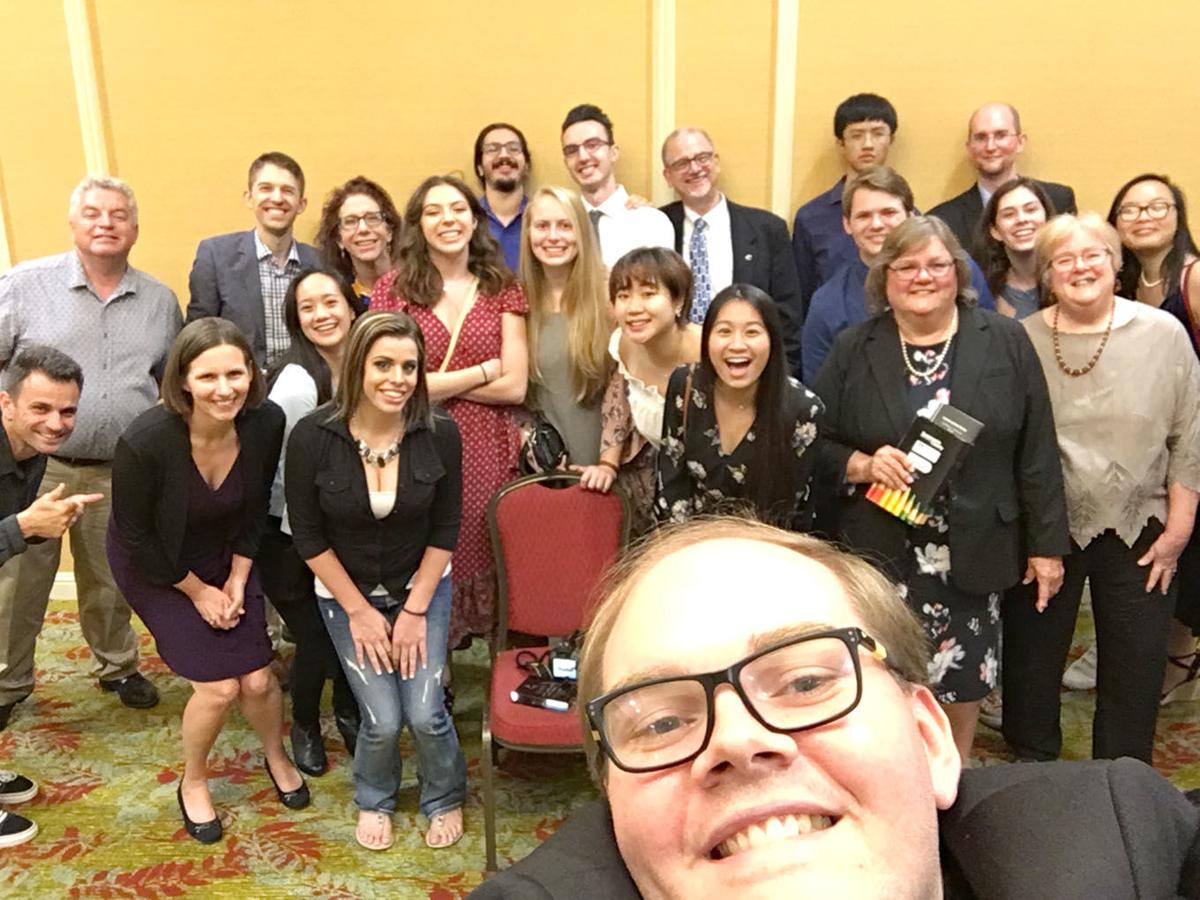 Michael Steele took a ‘selfie’ with friends, relatives, colleagues, and former students at the awards dinner. 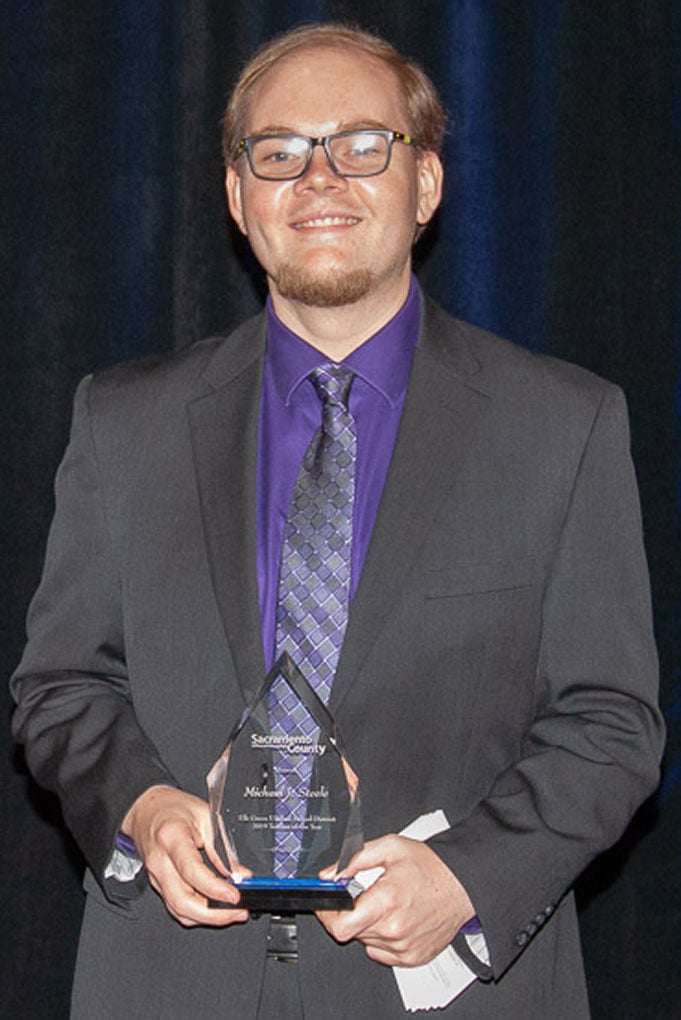 Michael Steele is honored as a Sacramento County Teacher of the Year on Aug. 24.

Michael Steele took a ‘selfie’ with friends, relatives, colleagues, and former students at the awards dinner.

Michael Steele is honored as a Sacramento County Teacher of the Year on Aug. 24.

Michael Steele, a math teacher at Franklin High School, was named as a Sacramento County Teacher of the Year on Aug. 24.

The Sacramento County Office of Education announced his honor during an awards dinner at the Hilton Sacramento Arden West Hotel. His fellow honoree is Brandon Parker, a language arts teacher at Sacramento’s Albert Einstein Middle School.

Steele was also named as a Teacher of the Year in the Elk Grove Unified School District in May. He was among other Teachers of the Year from school districts across the county at the Aug. 24 ceremony.

Steele told the Citizen that before the ceremony, he didn’t think about the possibility that he could be named a County Teacher of the Year. He then saw his parents, relatives, colleagues, childhood friends, and 13 former students at the dinner.

“It really hit me,” Steele said.

He mentioned that he chose an awards speech that didn’t seem emotional at first, but its tone changed when he saw his large number of supporters.

He recalled that he had little interest in math until he took Mr. Knock’s math class at Eddy Middle School.

“He was gruff and loud, and he was funny,” Steele told the Citizen in May. “Somewhere along the way I just enjoyed learning and thinking about these things, and he made me feel like I was good at the subject.”

He noted that he became interested in being an educator at age 15 when he started teaching baseball to children.

Steele went on to study mathematics at the University of California, Davis, and he learned his teaching credentials through the Teachers Education Institute, a program organized by the Elk Grove school district and San Francisco State University.

“Math isn’t necessarily the most engaging subject to every student – many feel frustrated. They don’t like the abstraction of it and they feel it doesn’t apply to their everyday life,” he said. “I like turning that on its head.”

During the Citizen’s visit to his classroom, there were walls covered with photographs of students who had high scores on the Advanced Placement exam. There were also thank-you letters from Stanford and MIT where a few of his students enrolled.

After becoming a Teacher of the Year in the Elk Grove school district, Steele competed at the county level by writing seven essays on his work as a teacher.

He said that two former students worked with him for more than a dozen hours to make sure that his writings were good enough for submission.

“I had a hard time getting started since I was in Summer Mode,” Steele recalled.

He noted that his essays will be thankfully forwarded to judges in the upcoming California Teacher of the Year competition where he will represent Sacramento County. Steele expects judges to visit his classroom and observe his work in October.

George Helms, a teacher at Arnold Adreani Elementary School, was the last Elk Grove Unified teacher to win the county competition in 2016.