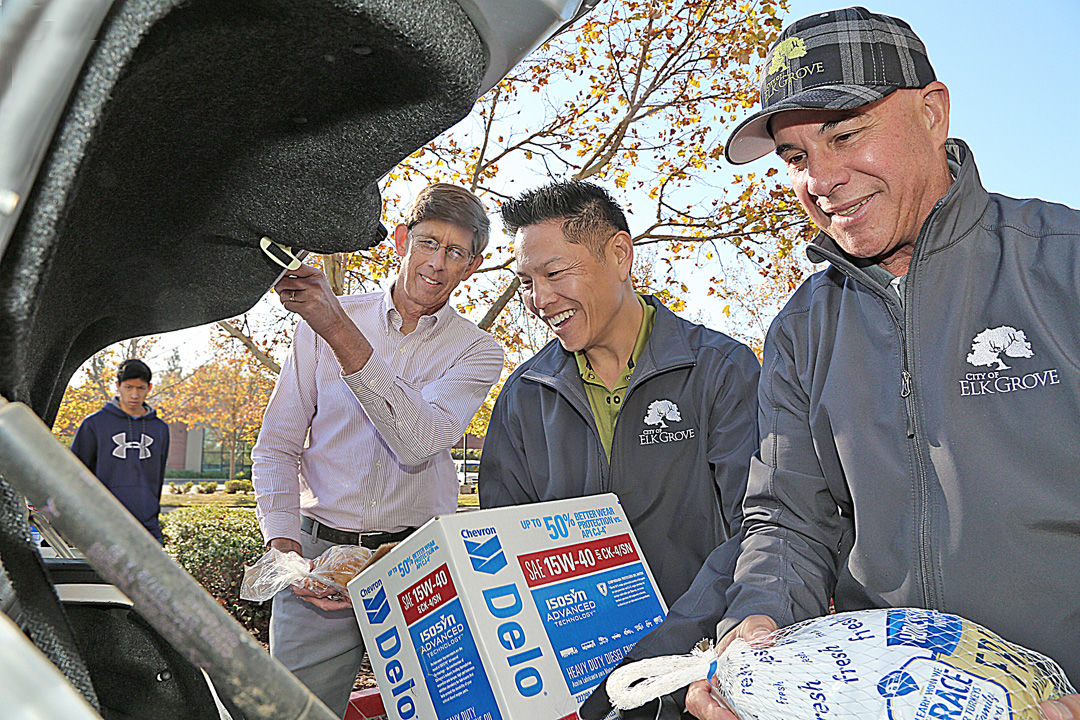 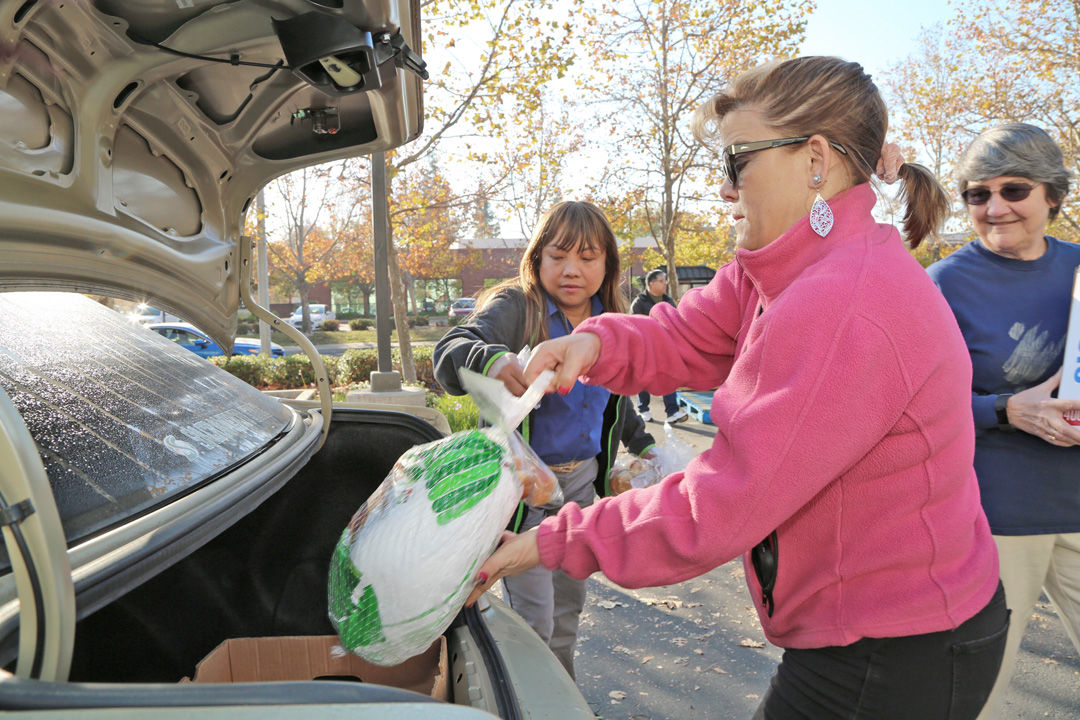 Volunteers load up food in a recipient’s car. 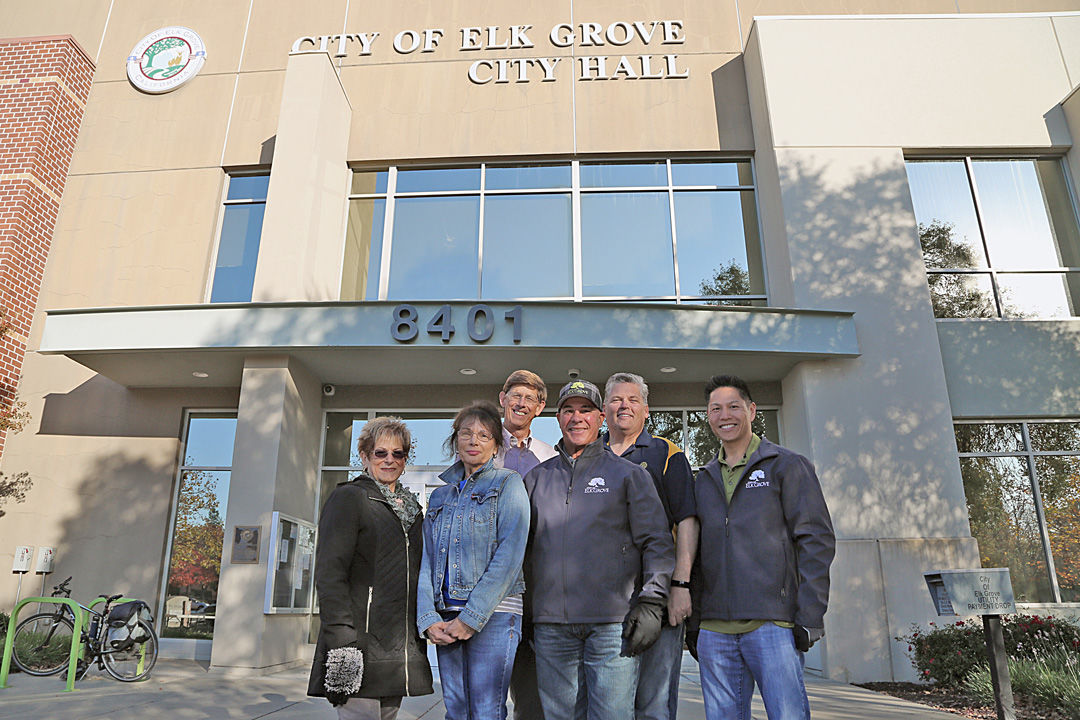 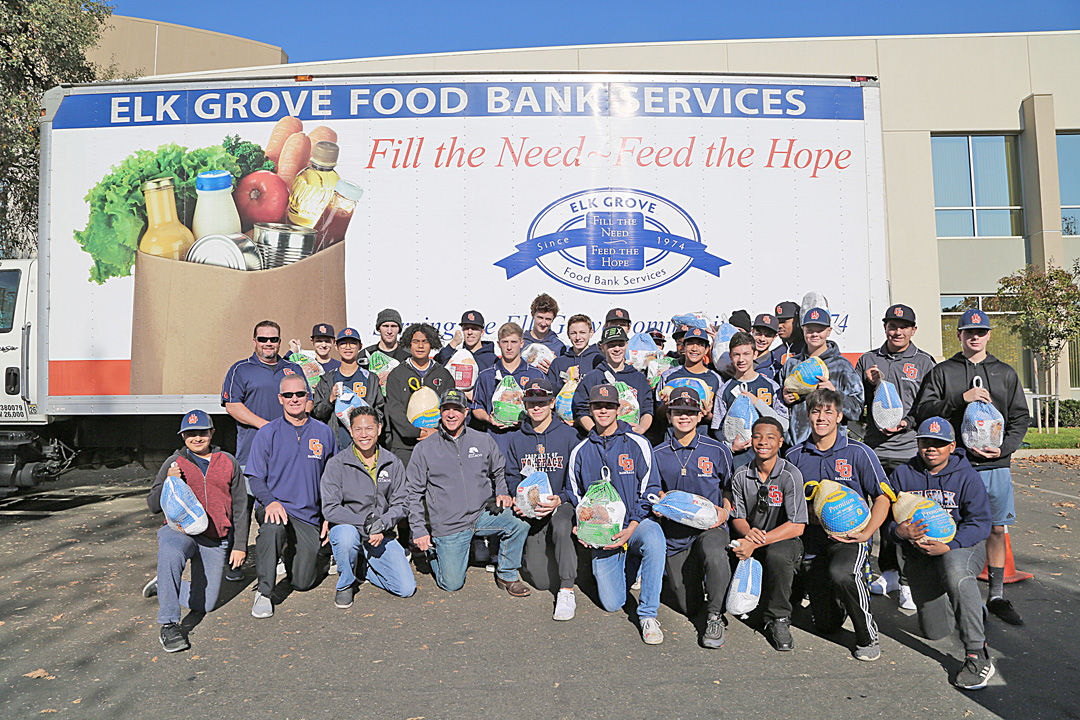 Volunteers load up food in a recipient’s car.

Recipients lined up in their cars outside Elk Grove City Hall while volunteers gave them frozen turkeys and all the trimmings, including cranberry sauce, stuffing, canned pumpkin and vegetables. There were also dinner rolls baked by the Florin High School culinary program.

Before the giveaway began at 9 a.m., the food bank’s executive director Marie Jachino said 753 households had signed up to get meals. She said the food needed to feed all of these people came together in the final weeks before the giveaway.

“Two weeks ago, our shelves were bare and we were really nervous about where the food was going to come from,” she said.

With a boost through social media and promotion from Elk Grove City Council Member Steve Detrick, who has hosted the distribution for the last decade, “the community just embraced us,” Jachino recalled.

Jachino noted that the food bank has been distributing turkeys throughout November with its mobile and senior programs.

Once the turkey distribution began, the volunteers worked out a system in which they could load up four cars at a time, sometimes in as little as 40 seconds.

Drivers left with their meal, a sheet of instructions on how to cook the turkey and a cheerful “Happy Thanksgiving.”

Volunteer Khang Nguyen helped keep the other workers supplied with turkeys by making sure the boxes the turkeys were stored in never got too empty.

The task involved a lot of “physical manpower,” he said, but it’s “sort of exciting to give this away for free for people.”

As a new member of the Elk Grove Lions Club, Nguyen was eager to contribute to the community.

“This is my first event for them. And I’m really enjoying being surrounded by such giving people.”

Judy Sala, a case worker for the food bank, emphasized the importance of a Thanksgiving meal.

“Everybody should have that traditional, get-your-family-together Thanksgiving meal,” Sala said. “I know most of these people couldn’t afford it. Food’s not cheap.”

Sala spoke about food bank beneficiaries who had to choose between food and other necessities, like medicine or transportation.

“There’s a lot of food in this country,” she said. “Nobody should be hungry.”