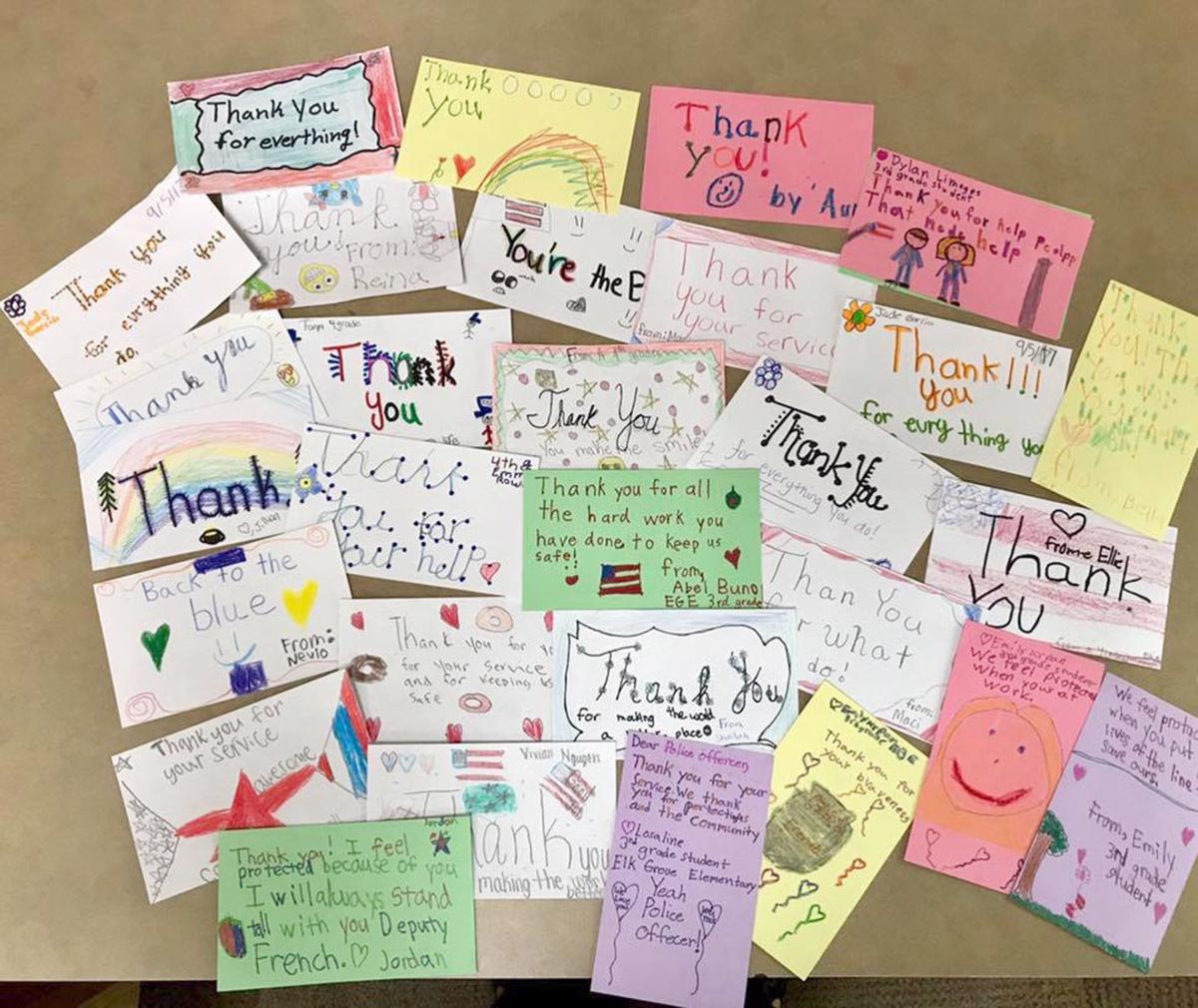 Pictured are thank you notes expressing appreciation for assistance provided through the End of Watch Fund. 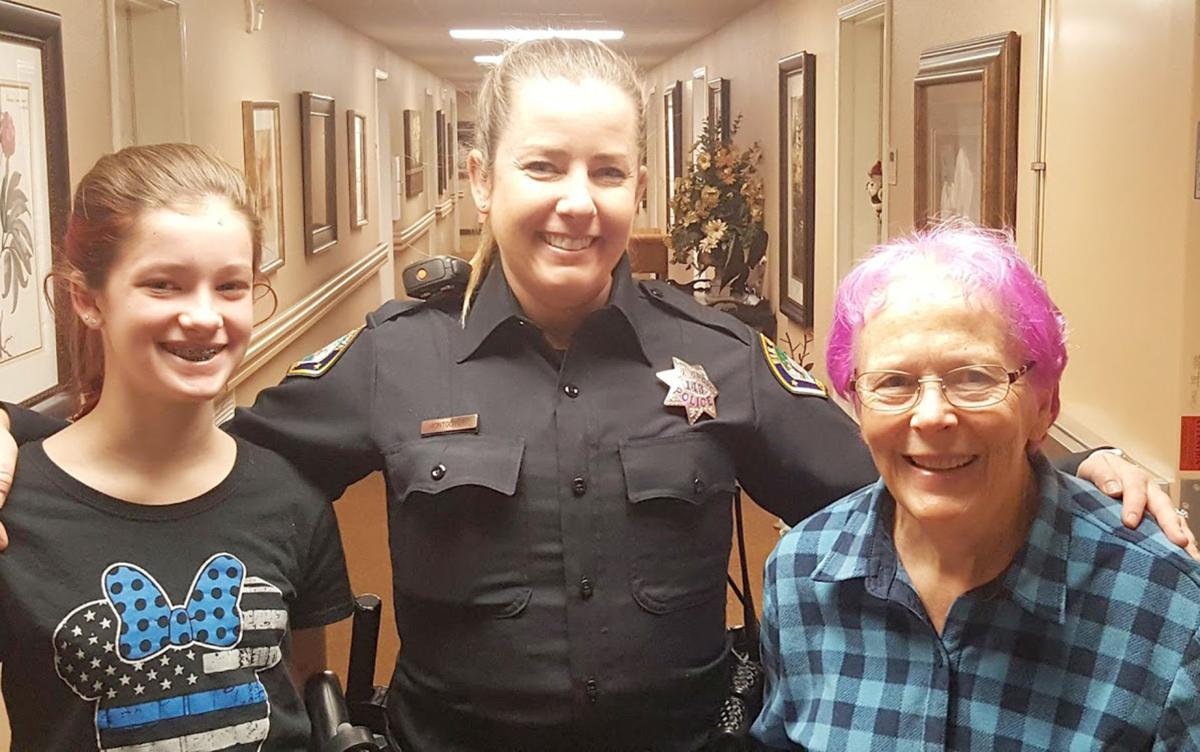 Erin Montgomery, board president of the End of Watch Fund, participates in last year’s Santa for Seniors project. 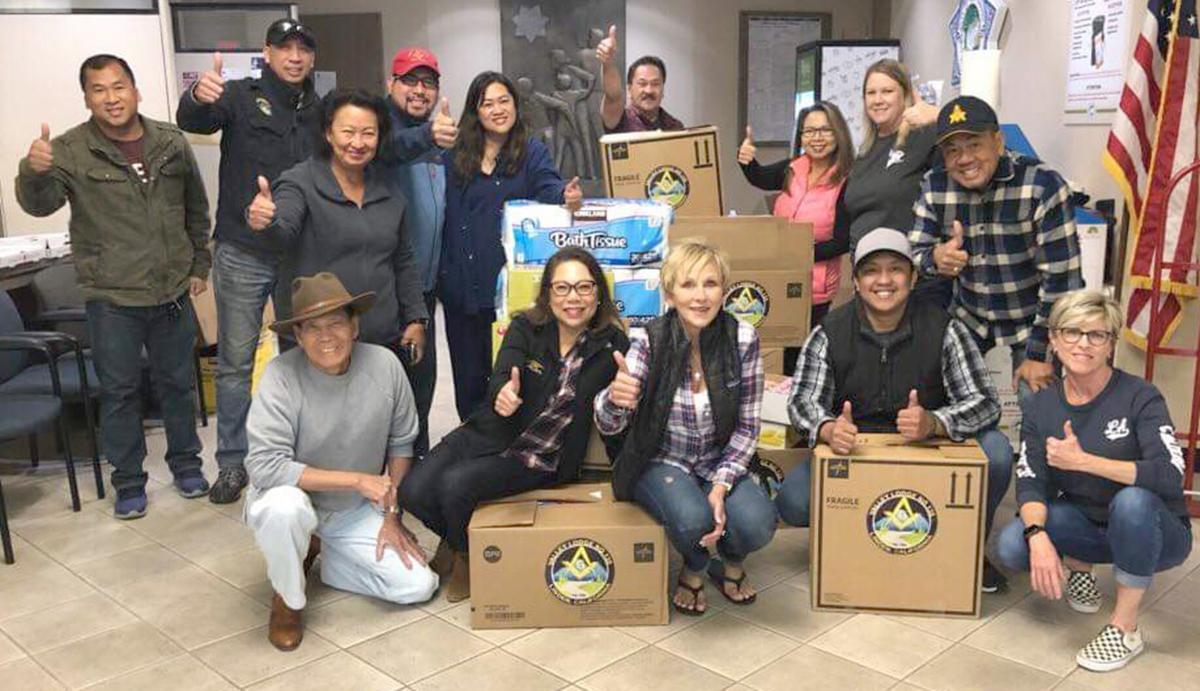 Pictured are thank you notes expressing appreciation for assistance provided through the End of Watch Fund.

Erin Montgomery, board president of the End of Watch Fund, participates in last year’s Santa for Seniors project.

The End of Watch Fund, a nonprofit operated by Elk Grove police officers, is the Citizen’s 2018 Nonprofit of the Year.

The End of Watch Fund was founded by close friends and co-workers of Sacramento County Sheriff’s Deputy Jeff Mitchell, who was killed in the line of duty.

Erin Montgomery, an Elk Grove police detective and board president of the End of Watch Fund, said that the organization has continued to expand since that time.

They donate more than $15,000 every year to assist the law enforcement community in various areas of the United States.

For the past few years, the organization has assisted with projects to aid firefighters and wildfire victims.

Last year, End of Watch partnered with the Wilton Firefighters Association to deliver a large donation to Tubbs Fire victims in Sonoma County. Three trailers and a 26-foot truck with nonperishable food, bottled water, camping supplies and fire aid kits for the victims were delivered.

End of Watch and Wilton firefighters also assisted with a donation drive for victims of the Carr Fire and Camp Fire tragedies.

For the Camp Fire victims in Butte County, they collected enough donated goods last month to fill eight trucks and trailers. More than $28,000 in monetary donations was also contributed through that effort.

Funds are also being raised by the Bakersfield Police Department to contribute to the End of Watch’s Camp Fire assistance project.

Montgomery said that the organization is most noted for their response to line-of-duty death funerals for police officers in Northern California.

“We respond and distribute anywhere between 1,500 and 3,000 snack bags and bottled waters to the officers attending those funerals,” she said. “It’s a very lengthy day for the officers and it’s emotionally draining. They don’t often think about having time to grab a bite to eat before they go to the funeral.”

The organization also donates to memorial funds for fallen officers to assist their families, and contributes monetary donations or tangible items for officers that experience tragedies.

Santa for Seniors is another End of Watch program. This program, a partnership with the Elk Grove Police Department, is designed to bring the holiday spirit to elderly people in the community.

In this project, gift bags are prepared and delivered with blankets and other items to residents of several Elk Grove assisted living facilities every December.

Montgomery expressed appreciation for the many local donations that have been made to the End of Watch Fund.

“I can’t even wrap my mind around it,” she said. “The support that our area has for law enforcement is just unbelievable, super heartwarming. We’re just surrounded by good people in this community. So, it’s amazing to me.”