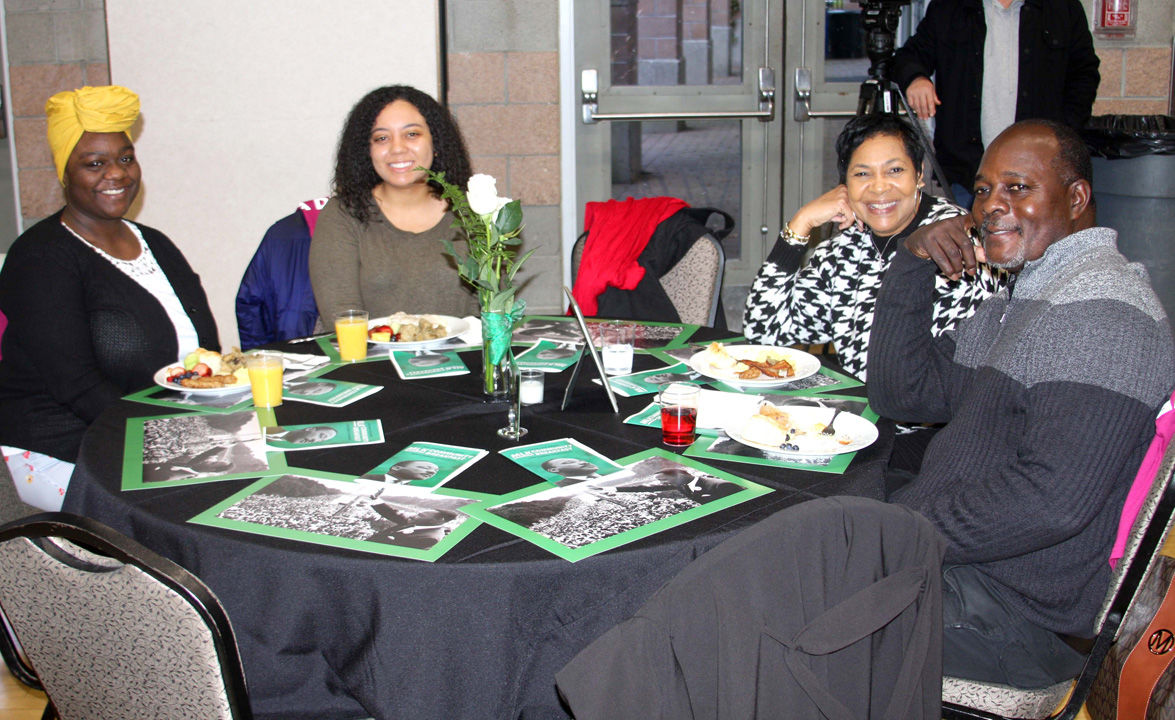 A group sits at one of the event’s tables. 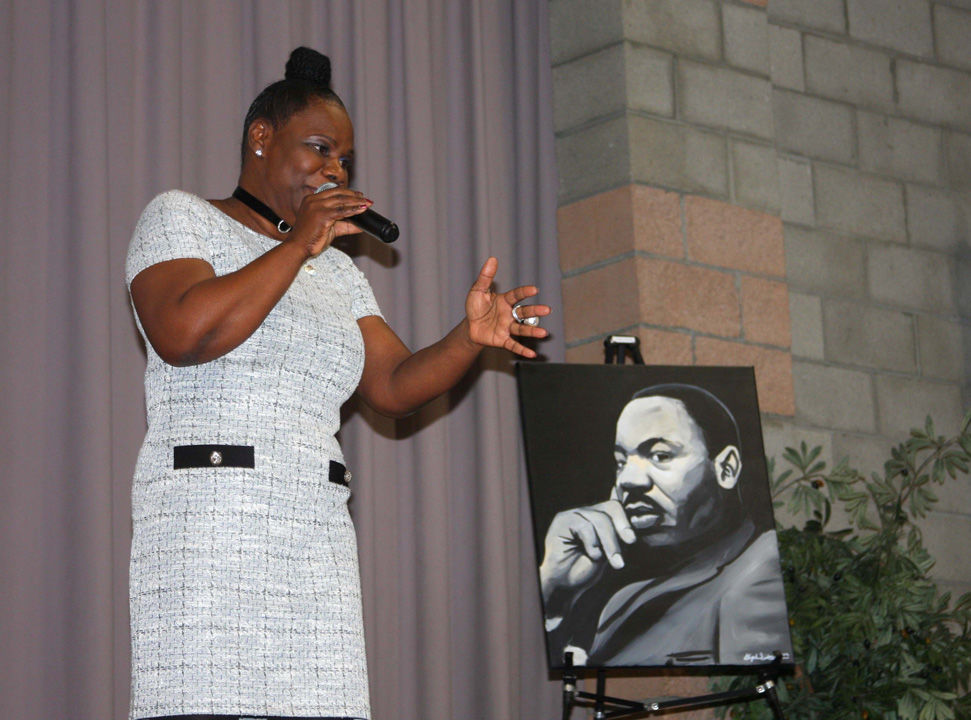 A group sits at one of the event’s tables.

As an event leading to Martin Luther King Jr. Day on Jan. 20, the gathering was one of celebration, singing and inspirational speeches in the name of this civil rights leader and minister who was assassinated nearly 52 years ago.

Larry stressed the need for supporting King’s vision to bring people of different races together, and to abolish racism.

“Somebody needs to just abolish racism,” she said. “I don’t see a need for it personally. I think it is a waste of energy. I think we should be spending our time focusing on those things that are going to move our country forward. And if you are one of those people that are racist, stop doing it.”

Larry concluded her speech by inviting attendees to keep moving their own mountains.

During his speech at the breakfast, Elk Grove Mayor Steve Ly recalled Elk Grove’s issue of race relations that led to community meetings and the city’s first MLK march, which was organized by a group of local citizens in 2018.

“Remembering what the dream is all about, I think it’s important for our community to come together and pause and remember Martin Luther (King Jr.’s) work,” he said. “It certainly is timely for some of the things that we’ve see in Elk Grove, and it sends a clear message that we stand in solidarity to call things out for what they are.”

Among the other inspirational portions of the meeting was a reading of parts of King’s final speech, “I Have Been to the Mountaintop,” by Laguna Creek High School Black Student Union poets Kiley Kelly, Taylor Webb, and Kylea Tanner.

King delivered that speech on April 3, 1968 in Memphis, Tennessee and he was assassinated the following day.

While sitting alongside his daughter, Sheena Newman, Sloughhouse resident Tracy Haynes expressed what the day meant to him.

“This day means a lot for me,” he said. “I actually work in San Francisco with juveniles, and working with kids they need to understand where we came from and that most of the kids I work with our minorities.

“And so, to see us coming together and trying to work together and follow his dream, what Martin Luther King (Jr.) has set up, (it) is very important that we keep this going.”

Kendra Lewis, a member of the MLK Community Breakfast Committee, told the Citizen that the diverse city of Elk Grove is an excellent place to hold an annual MLK breakfast.

“I think Elk Grove is a wonderful place to celebrate our diversity, come together and really hear that message and then live it as much as we can,” she said. “We will be having the third annual (MLK breakfast in 2021).”

Cosumnes Community Services District Director Rod Brewer summarized the breakfast as a great way to head into MLK Day and the march in Sacramento.

“(The event) is not only a way to kick off the Martin Luther King (Jr.) Day weekend, but going into Monday, the march, with a sense of commitment, a sense of focus and a sense of increased knowledge and awareness that we are here for one goal and one goal only, and that is to create unity in Elk Grove, but to also show that we are a community that is accepting of everyone,” he said.