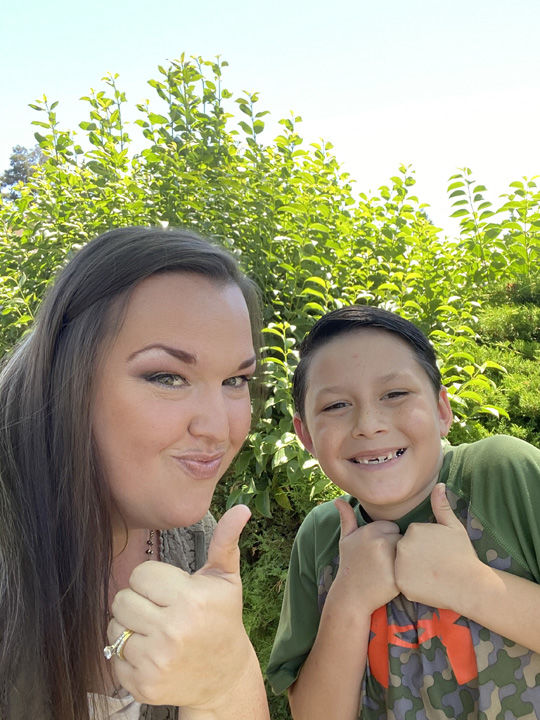 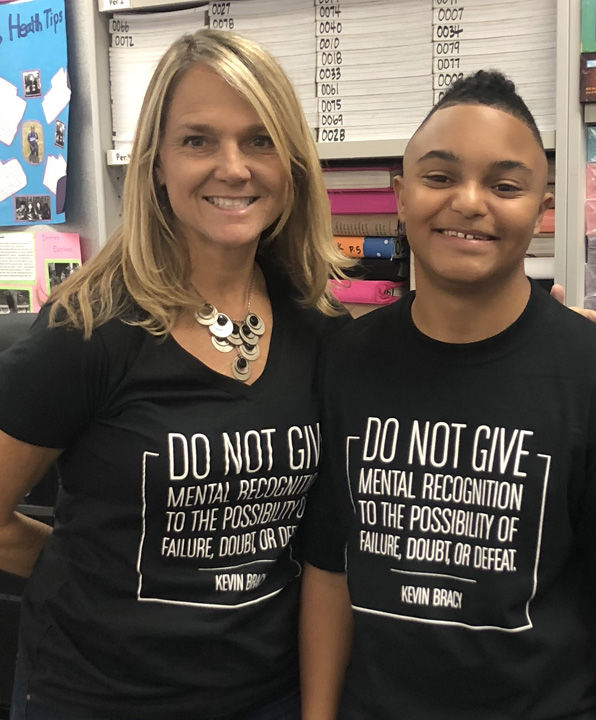 The COVID-19 pandemic and the practice of distance learning did not stop the Elk Grove Unified School District from carrying on a May tradition. District and school administrators surprised two educators via online cameras, and announced they are the district’s 2020 Teachers of the Year.

“‘Am I in trouble?’” Christa King, a special education teacher, recalled asking herself after two administrators at John Ehrhardt Elementary School suddenly asked her to meet with them online.

They then told her the big news.

The Citizen interviewed King and fellow Teacher of the Year Lynda Bettencourt during the final week of the Elk Grove school district’s academic year.

They were among more than 3,000 teachers who had to abruptly halt their work when the district closed its campuses on March 7. They then had little more than a month to finish their academic year by holding online classes or, in King’s case, providing homework packets to students.

As per Elk Grove Unified tradition, the Teachers of the Year were chosen by a committee that reviewed nominees who were chosen by their peers. They then conducted interviews with them and read essays from them to learn about their successes and philosophies of education.

This year’s honorees are an elementary school teacher who works to bring students with learning disabilities into general education classes, and a 30-year veteran educator who helps struggling students believe in themselves and become successful in middle school.

Both teachers are now nominees for the Sacramento County Teacher of the Year.

Lynda Bettencourt has taught in the Elk Grove school district for 30 years, and she helped open Cosumnes Oaks High School as a health teacher 12 years ago. She said that people questioned her move to work at a middle school so late into her career.

“I said that every 7 to 8 years, I think you need to reinvent yourself and get a fresh lens, and look for something that is going to catapult me as a teacher into the next phase of my career,” Bettencourt said during a Zoom interview. That’s what keeps me fresh, that’s what keeps me learning.”

She now has several roles at James Rutter Middle School: teacher-in-charge, study skills teacher, and a coordinator for the Positive Behavior and Intervention Supports program.

Bettencourt mainly teaches study skills classes and works with students who are struggling in class.

“A lot of students are not successful because they don’t believe in themselves,” she said. “They don’t know how to study or even celebrate their successes, because they’re caught up in so many different things.”

The ultimate goal for her class is to prepare students to be academically successful in high school.

She noted that her classes’ switch to online learning this spring had helped her students focus on their work.

“It really took a lot of the distractive factors out of the equation,” the educator recalled. “We’re not bound by the bell.”

Bettencourt said that her philosophy is to build trust and strong relationships with students.

“Listen more (to students) than you talk, because they will give you all of the information that you’ll need,” she said. “Then you can begin to meet their needs. Social and emotional learning is critical because that’s the foundation that then allows them to grow academically.”

The teacher recalled moments when she refused to give up on students. Bettencourt mentioned the success of Kobe Bracy, a student who often visited a hospital due to a chronic medical condition. She said that he still smiled whenever he walked into her classroom, despite his physical pain. Bracy still created friendships and he shared his story in order to practice being a public speaker like his father.

“Over the next two years and to this day, Kobe has taught me more about being a teacher than I ever could have imagined,” she said. “He taught me that we are all more alike than we are different, and that although pain in this world is real, we choose not to give into doubt or fear.”

Bettencourt is a Sacramento native whose mother taught first grade at Parkway Elementary School. She played softball for U.C. Berkeley and she later became interested in teaching when she worked as a graduate assistant for the softball team at California State University, Sacramento.

“I’ve just always had a passion for people,” she said. “I enjoy the interactions, the creative relationships. I’m a mover and a shaker, I can’t sit still - so teaching was a perfect fit for me and my personality.”

Bettencourt earned her teaching credential in physical education and health before she moved to the Elk Grove school district and started teaching at Joseph Kerr Middle School. She credited her mentorship under Becky Rosso at Kerr for inspiring her to start a long career in education.

Bettencourt said that she felt humbled by her recent Teacher of the Year honor.

“There are so many good teachers in our district, and I absolutely would not be who I am as a teacher and as a person without all of those 30 years of rubbing shoulders with teachers in this district who made me better and stronger,” she said.

“I want to meet them on my own terms,” she said. “I want to develop my own relationship with them; I don’t want outside people swaying me, so I kind of put that out of my mind.”

King recalled a shy student who would cry for 45 minutes. Another teacher said the student belonged in a lower level class and that she couldn’t answer yes or no questions.

King later built a rapport with the kindergartener; she discovered that the student was highly intelligent and could academically score in the second grade range. She learned that the student had selective mutism, which is an anxiety disorder that prevents people from speaking in certain situations.

“She was so anxious to say something, but (mutism) prevented her from talking,” King said. “But you had to work with her on her anxiety and you had to get to know her.”

The student is now enrolled in a general education class.

“Sometimes it’s hard day in and day out, and (I think), ‘Am I making a difference?’” King said. “It’s really developing those relationships that are the most important thing.”

Her role at Ehrhardt Elementary is to enable special education students to be accepted into general education classes. She mainly works with students who are on the autism spectrum, and she focuses on improving language and social skills.

King said that a large part of her teaching philosophy is inclusion.

“That’s the biggest challenge: how do I get my students included in general ed, when they can’t necessarily do the academic work,” she said.

While most classes across the Elk Grove school district switched to online learning this spring during the pandemic, King said that she instead provides homework packets to students. She mentioned that each student has a “tailored” that’s based on his or her needs. Parents were asked to check in with her online every day.

“The obvious (drawback) is that I couldn’t physically interact with my kids – a lot of my teaching has to do with activities and hands-on manipulation, it’s not so much worksheets,” she said. “It was a challenge to still get them things that would be beneficial to them.”

“I miss hugging my kids,” she said.

King grew up in Suisun City and said that her mother ran a home daycare center that included children with disabilities.

“I learned from an early age that I wanted to be a teacher,” she said.

King was further drawn into teaching in high school when she took a Careers in Education class that had students regularly visit an elementary school. She went on to earn her bachelor’s degree and teaching credentials in less than four years via a teaching program at California State University, Sacramento.

As for her interest in special education, King said that it stemmed from observing an educational agency that worked with students on the autism spectrum.

“I fell in love with that,” she said.

King went on to earn a master’s degree in special education from National University, and she taught at the Folsom-Cordova school district for eight years before transferring to Elk Grove Unified. She said that she wanted to be close to her children who attend schools in that district.

“It truly feels like home and I love being close to my kids’ schools,” she said.

King is now in her third year of teaching at Ehrhardt Elementary.

“I just want every student to be loved, valued, and seen,” she summarized about being an educator.