Kammerer family members are pictured in front of the Franklin/Elk Grove area home of Johann Kammerer in about 1924. 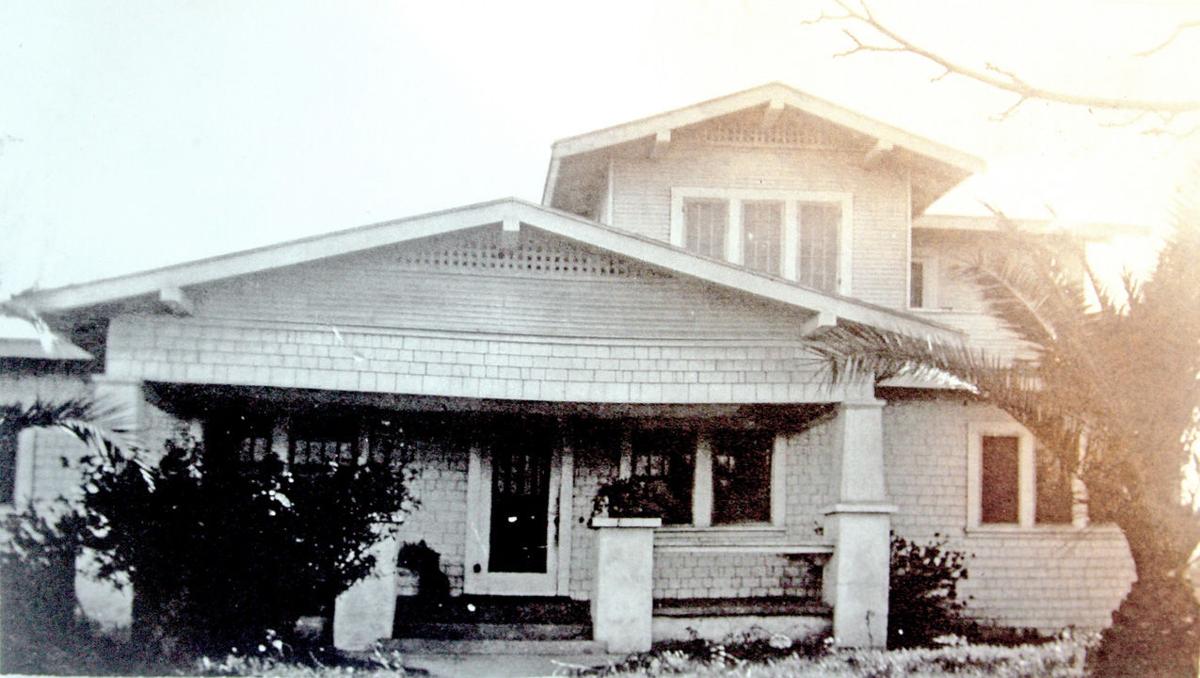 The Fred Kammerer home on Poppy Ridge Road is shown in this historic photograph. 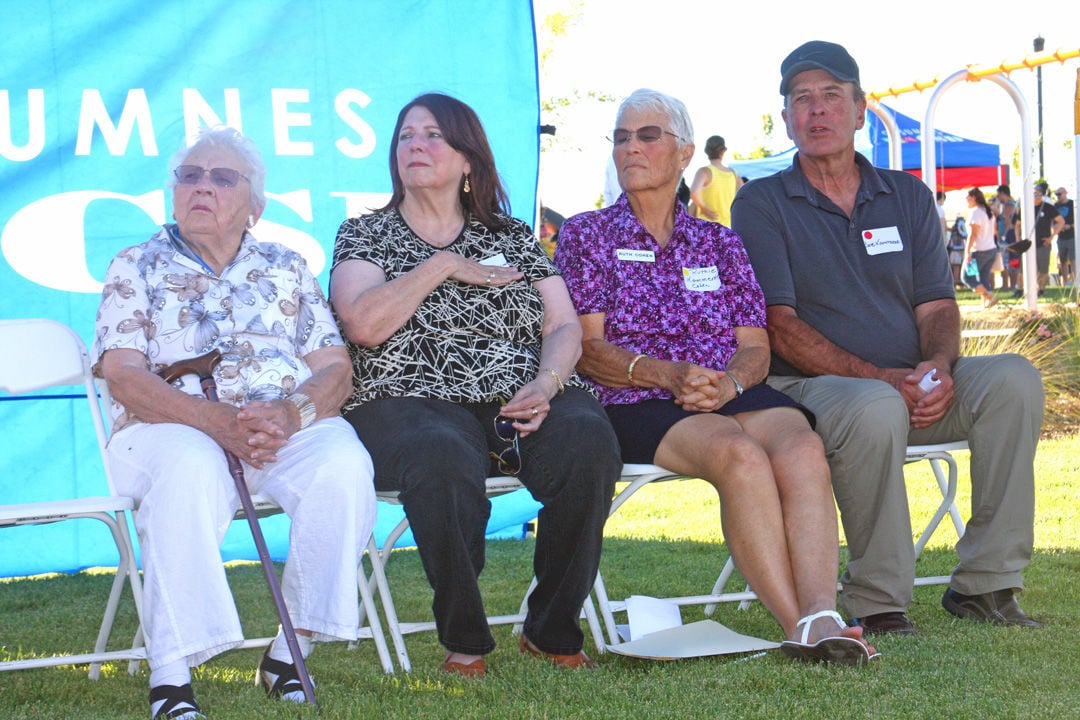 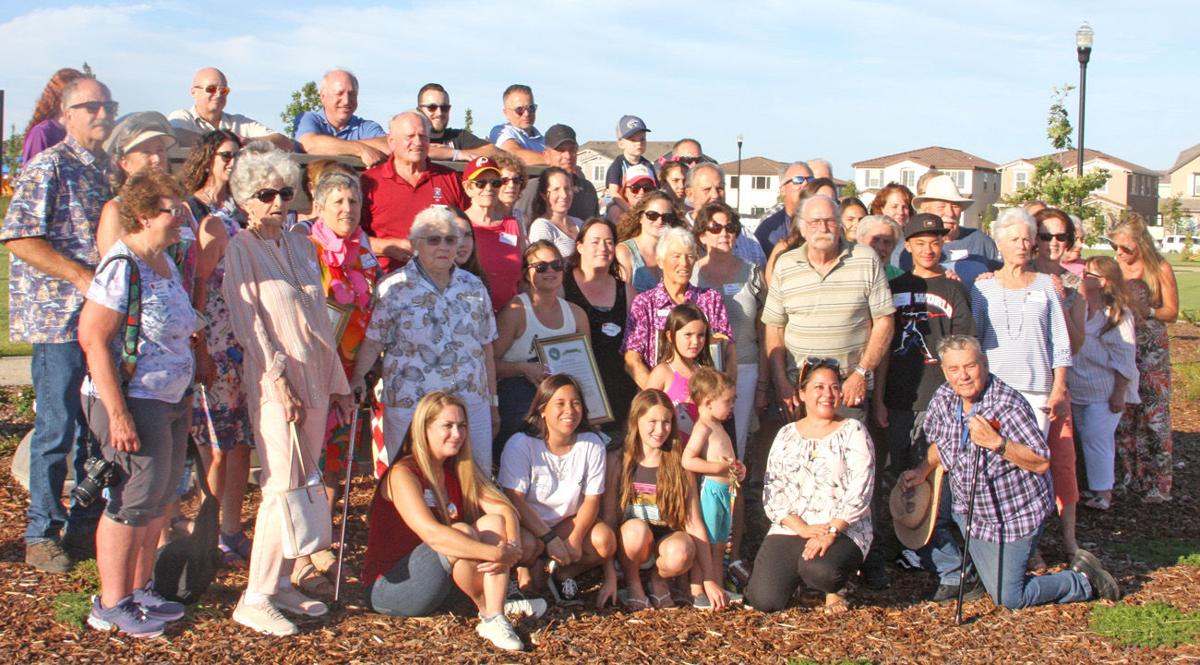 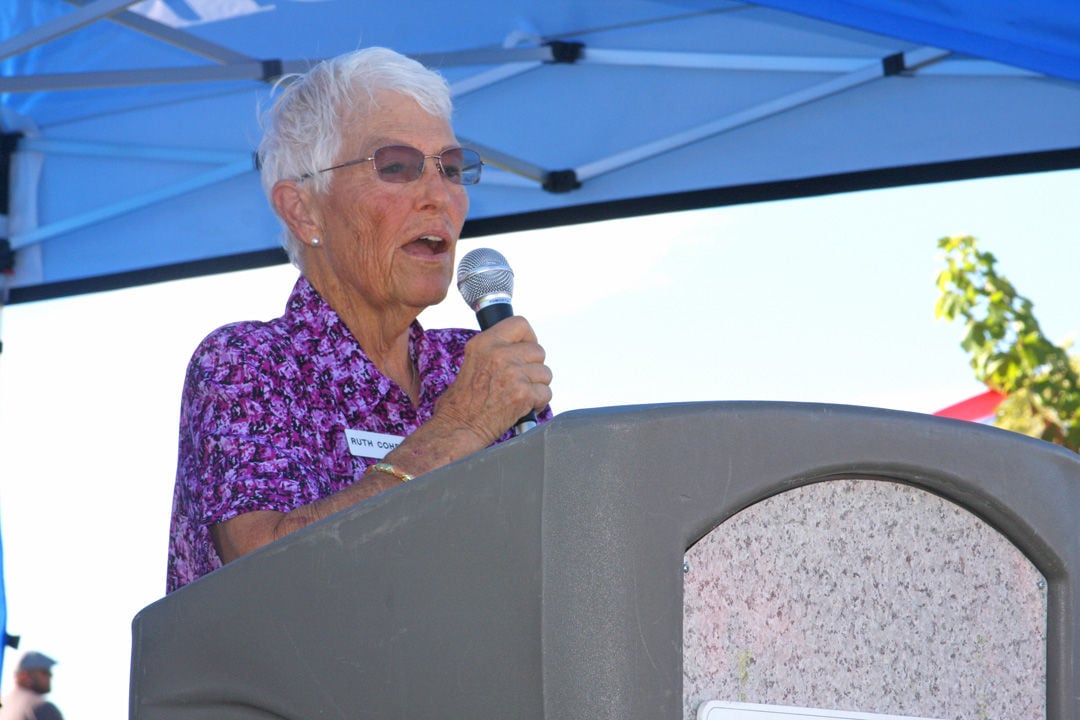 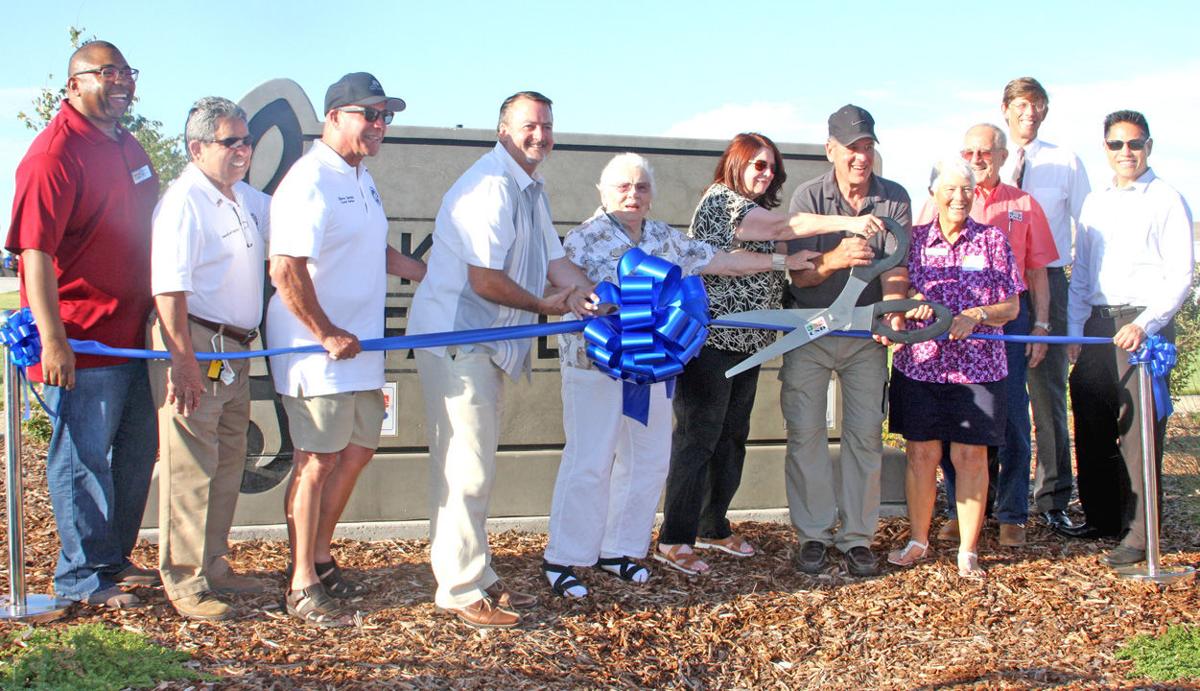 A ribbon cutting ceremony for the opening of Kammerer Family Park was held on July 23.

Kammerer family members are pictured in front of the Franklin/Elk Grove area home of Johann Kammerer in about 1924.

The Fred Kammerer home on Poppy Ridge Road is shown in this historic photograph.

A ribbon cutting ceremony for the opening of Kammerer Family Park was held on July 23.

The new, 13.6-acre park, which is located at 8801 Upbeat Way in the Laguna Ridge area of the city, pays tribute to a local pioneering farming family that dates back to the early 20th century in Elk Grove and Franklin areas.

The Kammerer family legacy is honored with this music-themed park within the new Sterling Meadows subdivision.

A major feature of the park is its interior pathway, which was designed to resemble a key music element: the treble clef. Other features of the park are music-themed play equipment, water play elements, and benches and plazas that include pavement areas inlaid with musical notes and symbols.

With a large crowd gathered in chairs on the park’s grass, city, county and park district officials and Kammerer family members praised the park and commented on the history of the Kammerer family.

This park is a collaboration between the city of Elk Grove and local parks provider, the Cosumnes Community Services District (CSD).

CSD Board President Gil Albiani, who was the event’s master of ceremonies, said that the park should serve the community and neighborhood “very well.”

He expressed appreciation for the Kammerer family, as well as the park’s developer, the True Life Companies.

Elk Grove Vice Mayor Pat Hume spoke to the crowd on behalf of the city.

“We’re a city with a proud heritage and a bright future and this project encompasses both of those,” he said.

“Their contributions to the day-to-day life of this community will live on in the memory of those who are honored by the naming of this park,” he said.

Also included among the festivities of the event were a ribbon cutting, live music provided by the School of Rock, and opportunities to tour the park.

Kammerer family history in the Elk Grove and Franklin areas dates back to 1906.

It was at that time that Frederick, Jacob, Johann and Phillip purchased land in the area, and began growing wheat and grapes.

The families and their descendants volunteered in many religious, charitable and service organizations, and many of their children attended Franklin Elementary School and Elk Grove High School.

The earliest of the Kammerer family to depart from the local region relocated to such places Lodi and Stockton.

Eighty-four-year-old James Kammerer, a 1953 graduate of Lodi High School, said that he has a vague recollection of meeting Johann Kammerer during his childhood.

He expressed gratitude for the continued legacy of his family in the Franklin/Elk Grove area.

“It’s a great honor to know that my ancestors mean a lot to the community,” he said.

Bob Kammerer, who lives in Wilton, stated that he is glad that his family’s legacy in the Franklin/Elk Grove area was honored through the naming of a park.

“I’m just so proud that the Kammerer family was recognized (with a park),” he said. “I don’t have words, really, to explain how proud I am.”

Also present at the event was Ruthie Kammerer, a granddaughter of Phillip Kammerer and daughter of Solomon Kammerer.

Ruthie spoke about her grandfather, who established a farm at Kammerer and Bruceville roads.

“They called (his farm) the ‘home place,’ she said. “Grandpa Phillip was a so-so farmer. He grew winter wheat and grapes. But like the rest of the Kammerer men, he was great at a couple of things. One was fathering children. Eventually, they had 14, and the other Kammerer men had a lot.”

A sort of celebrity of the evening was 96-year-old Seattle area resident Naomi Kammerer, who is the last surviving second generation Kammerer family member of the four brothers who settled in the Elk Grove and Franklin areas.

While meeting with the Citizen, Naomi shared details about her family’s pre-Sacramento County life.

“They came from Russia and settled in North Dakota, and from North Dakota, they moved to Franklin and built a home there,” she said. “My father was Frederich. He went by Fred. He married Katherina (Lippert).”

According to the Cosumnes CSD’s resolution for Kammerer Family Park, Kammerer family members, in 1763, “left Germany for Russia, where (Russian empress) Catherine the Great promised land, religious freedom and exemption from military service to German farmers.”

Naomi, a 1940 graduate of Elk Grove High School, added that she enjoyed growing up in Franklin.

“We (also) had, cattle, working horses, cats and dogs.”

Various Kammerer family members continue to reside in the Elk Grove area and other parts of the county today, as well as various places across the country.

With many Kammerer family members living many miles apart from one another, Sacramento resident Debby Walker, a descendant of Johann Kammerer, said that the park dedication served as a family reunion that drew about 100 relatives.

“I really only knew eight family members that were actually attending (the event), and now I’ve met people from all over that I never knew I was related to,” she said. “So, it was just a wonderful experience.”