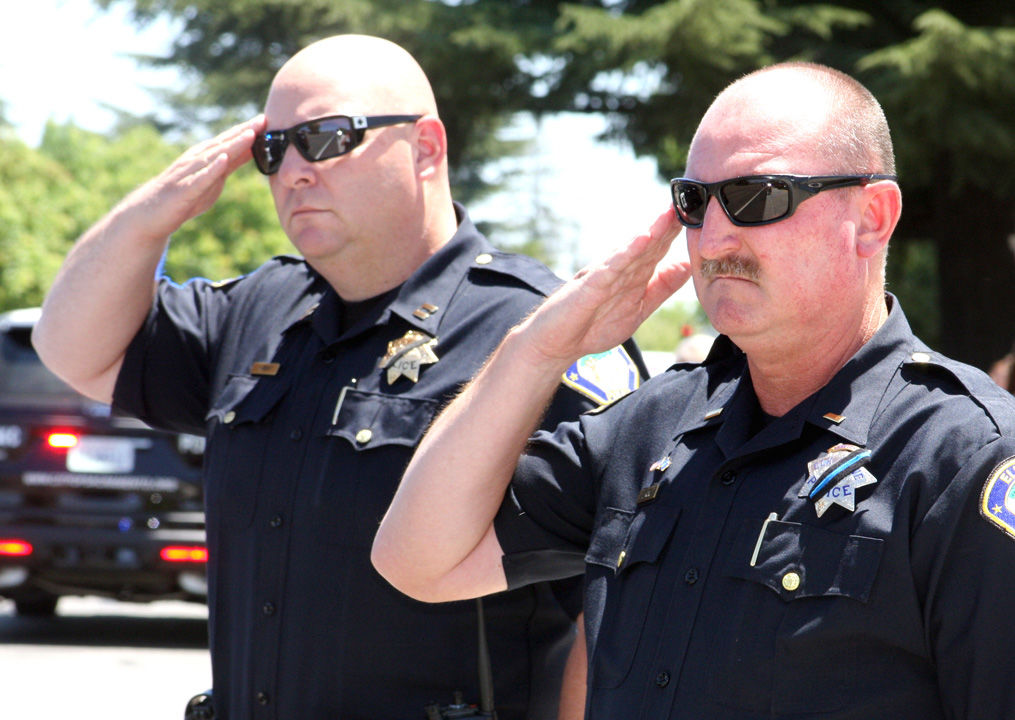 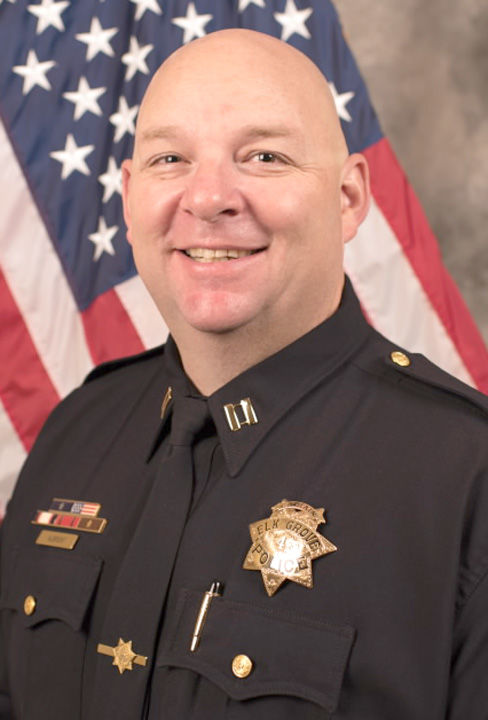 Tim Albright worked at the UC Davis Medical Center for five years until one ride with a sheriff’s deputy on patrol inspired him to change his career.

More than 30 years ago, the Alameda native was an assistant for an orthopedist who treated Sacramento Kings players. He then got a chance to ride along with a co-worker’s husband who served in the Sacramento County Sheriff’s Department.

“I saw how he interacted with people, and how he demonstrated compassion and empathy,” Albright recalled. “I thought, ‘That’s me.’”

His 25-year career in law enforcement reached a milestone last week when City Manager Jason Behrmann chose him to lead the Elk Grove police as their chief. The current police captain is succeeding Police Chief Bryan Noblett, who is retiring this month.

“It’s been surreal over the past four days,” Albright told the Citizen on Aug. 16. “But I’m incredibly humbled and honored to be serving my community – the community I’ve called home, the community that my wife and I are raising three children in. This is my city.”

Albright was a sergeant with the Sacramento County Sheriff’s Department when he was asked to help build Elk Grove’s future city police force in 2006. The Elk Grove City Council decided to end the city’s police service contract with the sheriff’s department and form a city police department.

“From there, I took a leap of faith,” Albright said, before recalling the time when the future police department lacked uniforms, cars, and policies.

Asked about his previous law enforcement positions, he listed a slew of them that include patrol deputy, corrections deputy, field training officer, crime scene investigator, and K9 deputy.

“As I look back it was the best professional decision I ever made,” Albright said about his move to the Elk Grove police. “Certainly at the time, it came with a lot of angst because I was born and raised in the sheriff’s department – it was what I knew. But I saw the opportunities to police in the city I call home.”

During his work in Elk Grove, Albright earned one Silver Star, three Bronze Stars, three Life-Saving Medals, and five Major Incident Ribbons. He said that he received a Silver Star after he rescued a family from a burning house in Elk Grove at 4 a.m. One of his Bronze Stars was based on an incident when he pursued a domestic violence suspect on Highway 99 and grabbed him when he attempted to jump off a freeway overpass.

“I grabbed him at the same time, and we almost both went over,” he said, adding there was a 30-foot drop from the overpass.

The suspect survived the fall after he wiggled out of his jacket and dropped to the pavement below the overpass, Albright said.

He recalled that he felt he was set in his law enforcement career 20 years ago when he met a 5-year-old foster child during a call. The then-sheriff’s deputy said that he wanted to adopt the girl.

“She was beautiful and energetic, and she was searching for somebody to be a consistent model in her life,” Albright said.

He said that he and his wife, also a sheriff’s deputy, discussed possible adoption for nearly two days until they heard that the child was returned to a relative. Albright considers that experience to be a pivotal moment in his career.

“The experience solidified why I was where I needed to be,” he said. “(It was) my role in helping others. My role in perhaps removing somebody from a situation they would never be removed from. After I went to that call, it became clear to me what my mission was and what my passion was.”

The incoming police chief’s work ahead

Albright said that the police department is now on a “good path” that was led by Noblett.

“We forged a path that I think connects more genuinely with our community,” he said. “What I would like to do is take that to the next level. It’s not just me; it’s our organization; it’s the people who make this place.”

Albright said he wants to better connect the police staff with Elk Grove’s different communities, such as faith-based communities, business owners, or residents with disabilities. He mentioned that police staff members earlier underwent training on interacting with people with special needs.

“What’s next?” he said. “There’s certainly a new community out there that we need to pour into.”

Albright said that the Chief’s Advisory Board - a committee of local citizens who advise the police chief on handling community issues - will remain.

This summer, the Elk Grove police launched their “real-time” information center that enables dispatchers to view live camera footage from traffic cameras and city bus cameras. They credited this new system for helping them track down and arrest a murder suspect from Livermore whose car was viewed traveling on Bond Road.

“We barely scratched the surface for what it can do for our community and our staff,” Albright said about the technology.

Captain Albright will be sworn in as police chief on Sept. 3, and he plans to work alongside Noblett during the transition. He reported to Noblett for 10 years and considers him to be a mentor.

“It’s a little sad that I’m losing my mentor, but I think that’s the evolution of leadership and organizations,” Albright said. “You do your best to prepare your leaders.”

As for what he learned from Noblett, he said that he learned about how to be a collaborative leader, as well as the value of humility.

“You need not have all of the answers,” Albright said. “If you surround yourself with complementary knowledge and abilities, you’ll do better.”