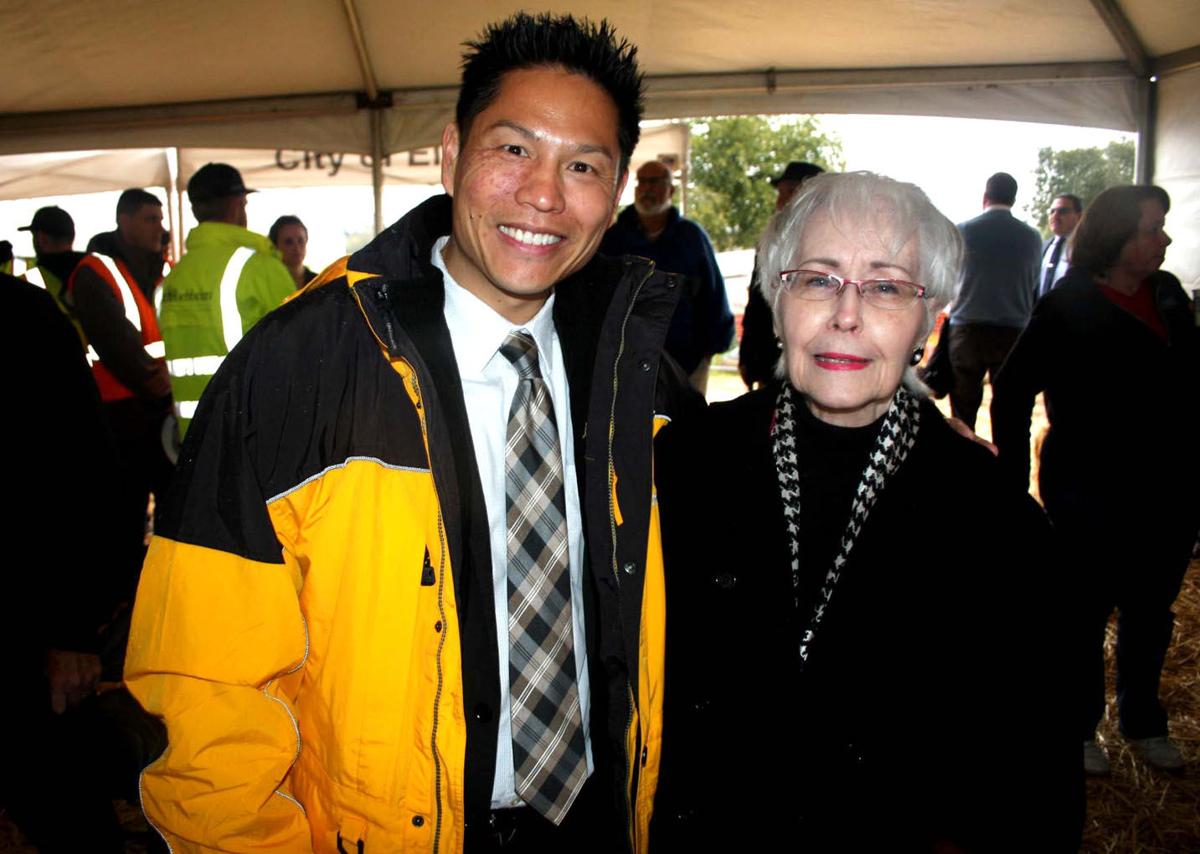 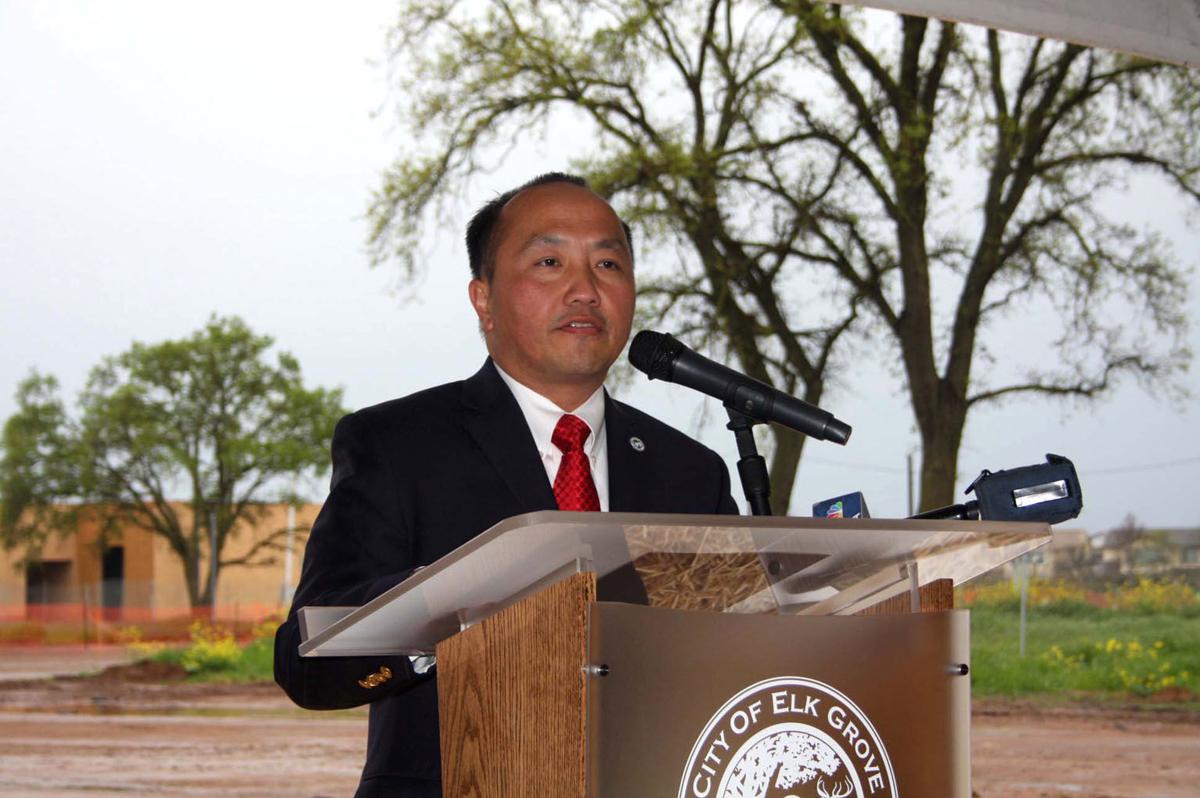 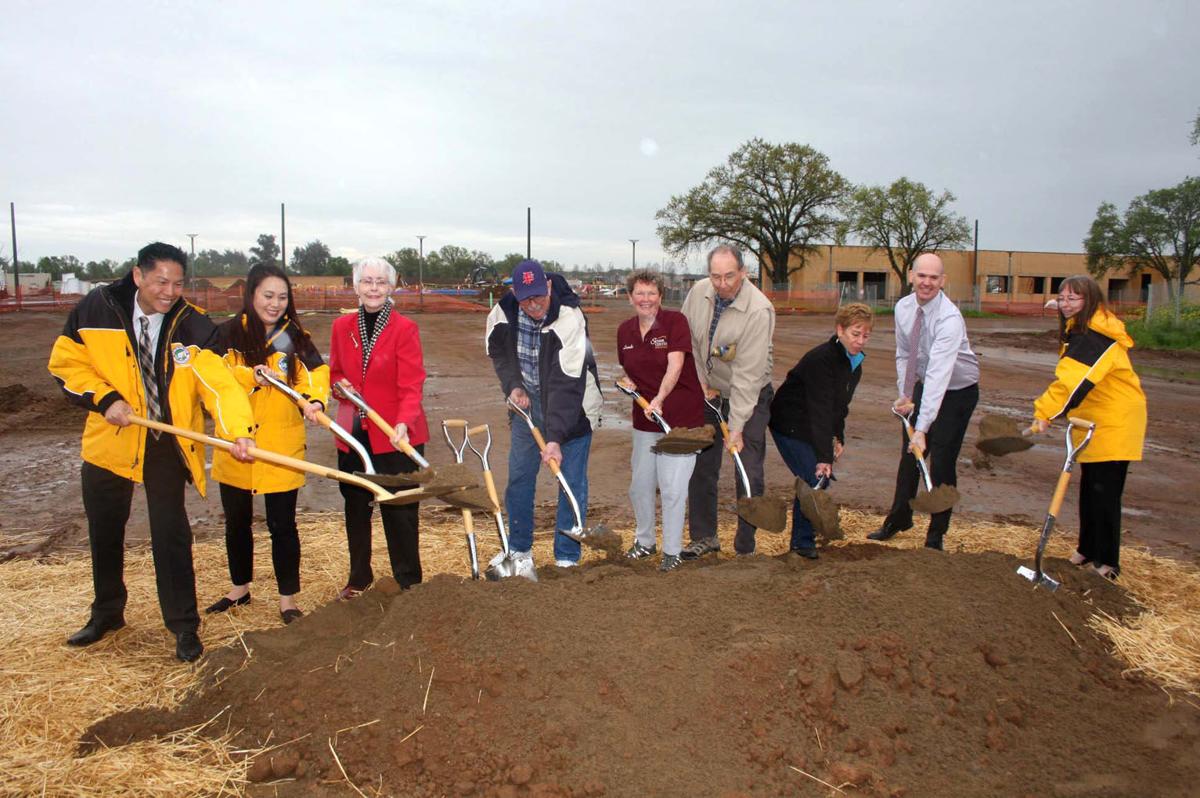 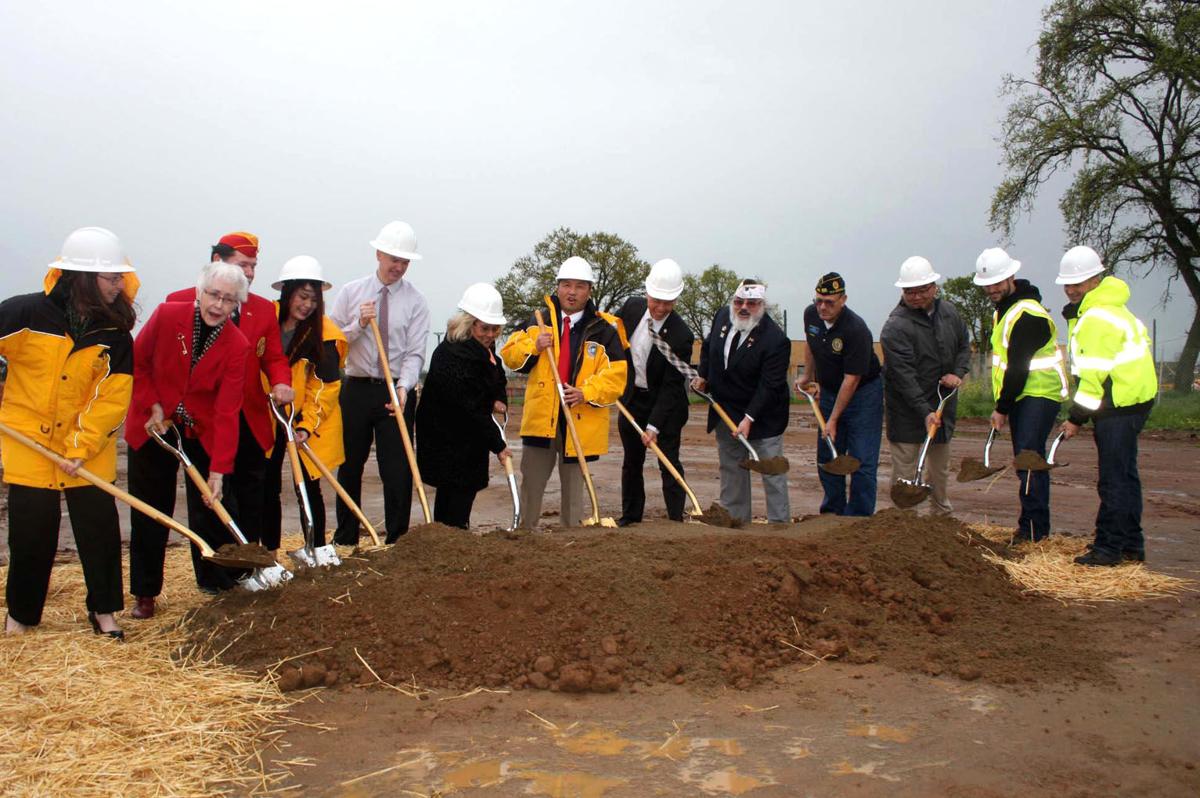 City officials and staff, veterans, senior center representatives and others participate in the March 20 groundbreaking for the city’s future community center. 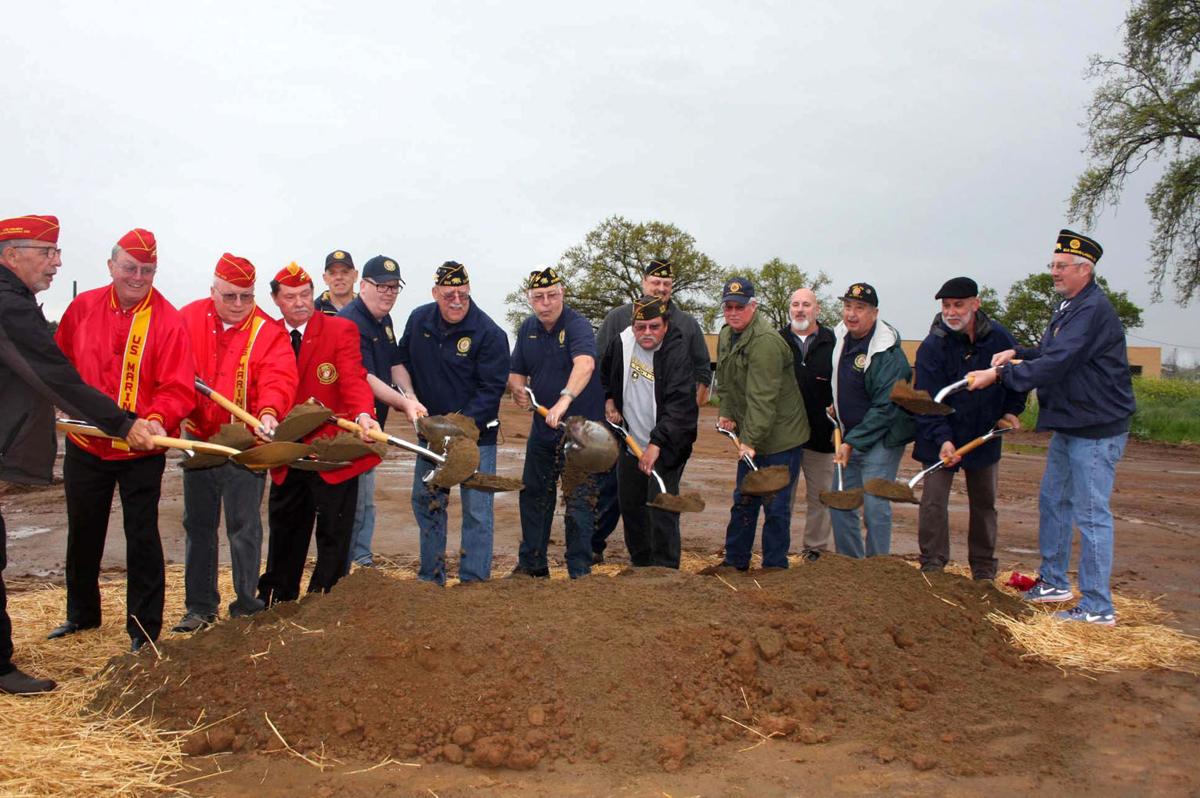 Local veterans participate in the March 20 groundbreaking of Elk Grove’s future civic center. The facility will include a veterans’ memorial hall and a senior center.

City officials and staff, veterans, senior center representatives and others participate in the March 20 groundbreaking for the city’s future community center.

Local veterans participate in the March 20 groundbreaking of Elk Grove’s future civic center. The facility will include a veterans’ memorial hall and a senior center.

Ground was broken on March 20 for the city’s future community center that will be a part of the civic center complex at Civic Center Drive and Big Horn Boulevard, just south of Elk Grove Boulevard.

In addition to its community center space, the 32,187-square-foot structure will provide space for a senior center and the city’s first dedicated veterans’ hall.

A large crowd braved the rain to attend the groundbreaking ceremony where representatives from local veterans groups and the Senior Center of Elk Grove performed the honors.

The future community center is scheduled to open in the summer of 2019. Its upcoming construction will be part of the city’s civic center project, which will be built on a 76-acre site bounded by Elk Grove Boulevard to the north, Big Horn Boulevard to the west and Lotz Parkway to the south.

The first phase of the project is already underway with the aquatics center, which is slated to open this summer.

“Today’s wet weather won’t dampen our spirit on this project, as we’ve all waited a very long time for it – a project that would create an important gathering (place) for our community,” he said. “The community center will provide a place for everyone to gather, whether you live in Laguna West, Laguna Ridge, Old Town, Franklin (or other areas of Elk Grove).”

The mayor added that the center will be a draw for people of all ages and will provide a location for various events and activities.

This center will also include public art and new opportunities to entertain visitors of the city.

“We’re very excited and very proud of this (project),” he said. “It’s a great anchor for all of us veterans in the area, as well as all the veteran organizations that can come together and pool their resources.”

“As the mayor stated, there are over 9,000 veterans in this community,” he said. “(The hall) is going to finally give us some identity. They (will) have a place where they can go. They can come (to the hall). We can help them get the state and federal help that they need, and a lot of them don’t even know about that.”

Former Elk Grove City Council Member Sophia Scherman, who spent more than a decade trying to bring a veterans’ hall to Elk Grove, said she was excited that the hall will finally be built.

“I am so grateful to see this day happening after so long just on paper,” she said. “And now it’s for real. We turned dirt today. We walked in the mud where it’s going to be a building.”

Scherman, who originally envisioned a stand-alone veterans’ hall, said she maintains that goal.

“I call it phase one, because eventually we are going to have a stand-alone (hall),” she said. “But the time was wrong, evidently.”

“There’s still plenty of land here, where in the future, if everything aligns, we could expand in the future to have a stand-alone (hall),” she said. “I wouldn’t rule that out, but for right now, having it co-located is best for all involved – the city, the veterans and the senior center. It’s a great partnership.”

Pat Beal, the senior center’s executive director, paid tribute to both the future center and the California Department of Aging.

“The Department of Aging actually worked with us through a grant process to allow us to have property, which we could sell and then donate that $3 million to this project,” she said. “So, we feel fully vested.

“But more importantly, we’re so excited to be able to have other opportunities, greater growth space for those who wish to come to the center, and step back into life at the senior center.”

Beal added that the senior center, which is currently located on Sharkey Avenue, has 1,450 members and serves about 200 seniors per day.

With the opening of the community center coming next year, Gill said that she is already anticipating the excitement of that day.