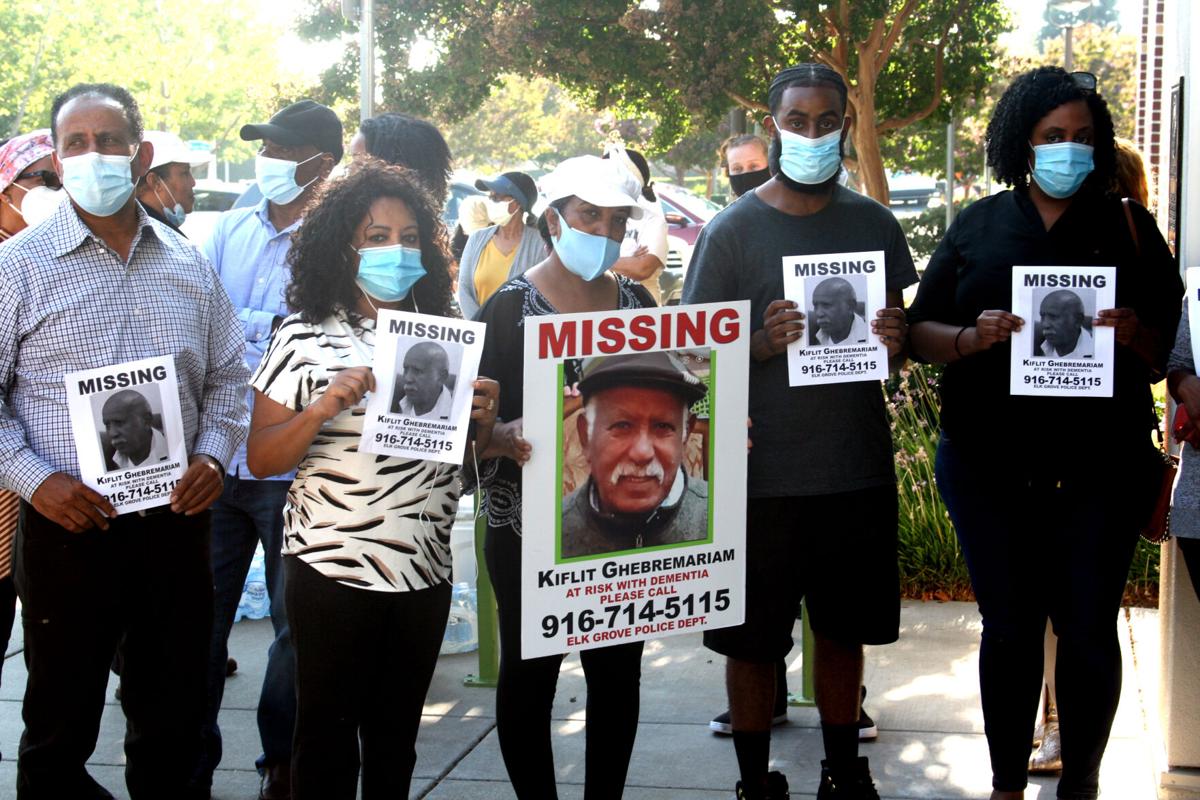 Family members of Kiflit Ghebremariam, a missing Elk Grove resident, gather outside of Elk Grove City Hall on Aug. 25. (Click on the right arrow for a photograph of Ghebremariam). 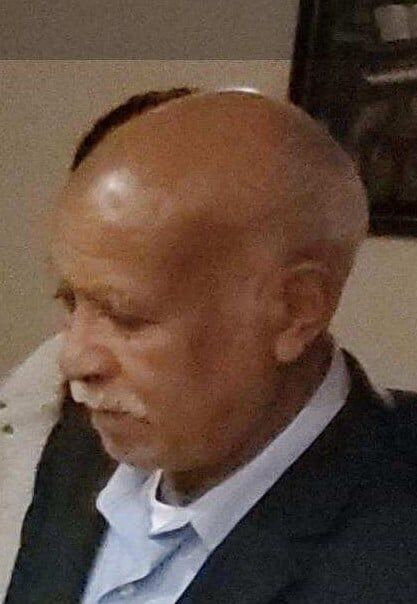 Family members of Kiflit Ghebremariam, a missing Elk Grove resident, gather outside of Elk Grove City Hall on Aug. 25. (Click on the right arrow for a photograph of Ghebremariam).

About 50 family members and supporters of Kiflit Ghebremariam, an Elk Grove man who has been missing since mid-August, gathered at Elk Grove City Hall on Aug. 25 to spread further awareness of his disappearance.

Ghebremariam, a 78-year-old man who suffers from dementia, left his Stonelake neighborhood home on Aug. 9, and his family has been searching for him ever since.

At the time of his disappearance, he was wearing dark blue pants, black tennis shoes, and possibly a white shirt.

Ghebremariam stands 5 feet, 8 inches tall and weighs 170 pounds, and he has brown eyes, a bald head.

Michael Kiflit, a son of Ghebremariam, told the Citizen that his father was last seen at his brother’s residence where he had been living.

“I was called by my sister-in-law that my own father has been missing from their apartment, so I started searching throughout their whole neighborhood the day that I heard that he was missing,” he said. “I’ve been looking from day two all the way from 6 o’clock in the morning till 12 o’clock at night.

“Ever since then, our search has continued throughout the whole Elk Grove area, Sacramento to see his well-being, make sure that he’s OK.”

Michael mentioned that his father previously never went missing for any long period of time.

“I would say (he would be gone) for a half an hour (or an) hour within our neighborhood, but not overnights,” he said. “He likes to walk, so sometimes he sneaks out and he started walking. But we find him within a half an hour, within a mile distance or so.”

Michael noted that his father’s dementia could have played a role in his disappearance.

“He had dementia,” he said. “That’s one of the things that sometimes he might forget his house, his residence. So, he may continue walking or may end up sitting somewhere or going to a wrong place.

“So, we’ve gotten some calls from some neighbors, where they say, ‘Hey, is this your dad who happens to be sitting in this neighborhood?’ Or sometimes the cops would call us and say, ‘Hey, your dad is just sitting at this place.”

Michael described his father as an East African immigrant who came to the United States in the 1970s. He said that Ghebremariam is well-connected in the community and “just a good person.”

Michael also stressed that if anyone happens to see his father, they should contact the local police immediately, at (916) 714-5115.

Aiding in the search for Ghebremariam have been many of his local and Bay Area family members and supporters, who have searched local streets and posted signs with a photograph of Ghebremariam and the bold word, “MISSING.”

Temesghen Kiflit, another son of Ghebremariam, recalled the day when his father went missing, Temesghen mentioned that his father had left for a walk and “never came back.”

“My wife called me when I was at work,” he said. “She thought he was with me and vice versa: I thought he was at home. And around 6 o’clock, we noticed he was missing.

“It’s tough. You see this stuff on TV and you hear about stuff like this. When it hits home, it’s like really?”

Temesghen told the Citizen that his family remains hopeful that his father will be found.

“We’re still trying,” he said. “We haven't given up yet. Thinking maybe he got on a bus, maybe he’s in a church somewhere. Maybe, I don’t know. Still thinking a lot.”

She called for greater awareness about Ghebremariam.

“He’s been missing for over two weeks,” she said. “Someone knows something. Somebody has seen him. We ask for the community and media to help spread greater awareness, so that he can be safely returned home.”

Elk Grove resident Lisa Modrall told the Citizen that she attended the event in support of the family.

“I’m just hoping they find him safe,” she said. “This is not the time to be out there or anything. You can’t trust people. You can’t. It’s a dangerous world out here, and I pray and hope he (gets) home safe and that we find him. That’s our main goal is to get him back to his family where he belongs.”