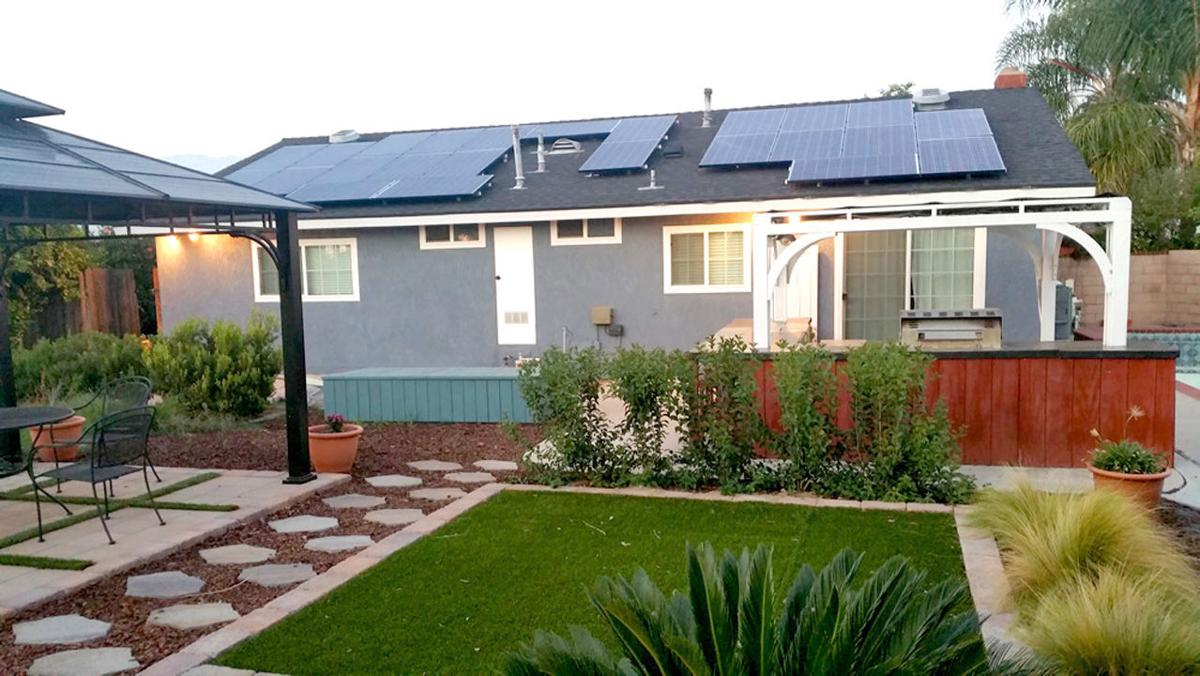 A building with solar panels on its roof is shown in the background of a backyard scene. 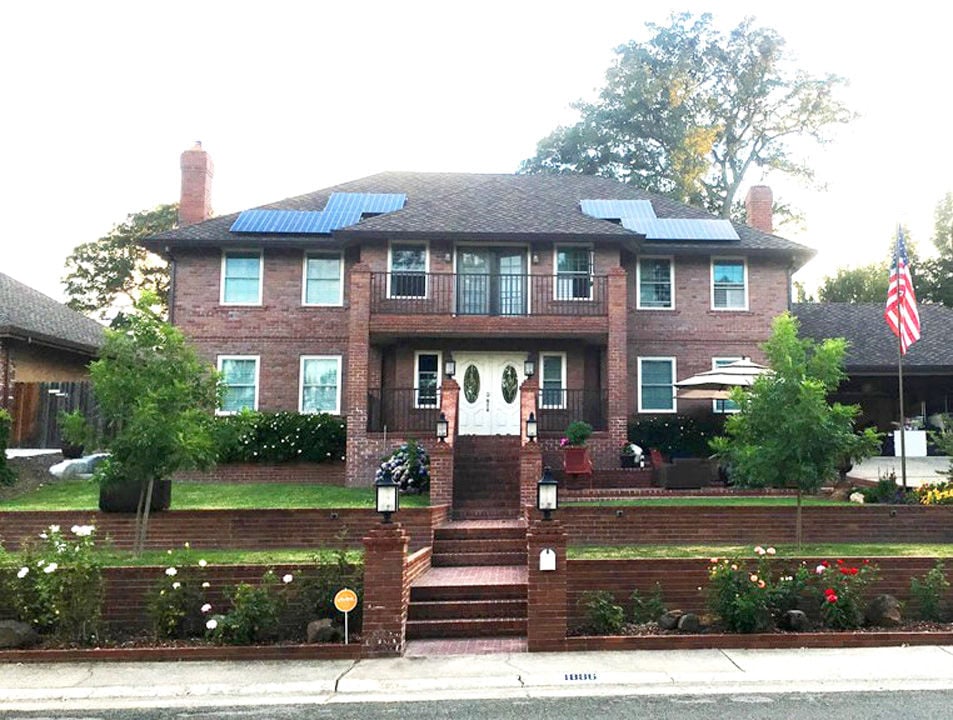 Solar panels are shown on the rooftop of a house.

A building with solar panels on its roof is shown in the background of a backyard scene.

Solar panels are shown on the rooftop of a house.

Elk Grove Planning Commissioner George Murphey told the Citizen last week that he recently had solar panels placed on the roof of his house in the Sheldon area.

The commissioner said his decision to have panels installed on his home is further evidence of his commitment to doing more than talking about Elk Grove’s Climate Action Plan (CAP).

Murphey was previously involved in the process of updating the CAP. Cities adopt the plans to help reduce greenhouse gas emissions that are linked to climate change.

“We’ve been talking about this and I (was) ready to not only talk about it, but walk the walk, too,” Murphey said.

The commissioner, who is a hybrid-vehicle owner, also joined the Sacramento Municipal Utility District (SMUD) and the Elk Grove city staff in an informational event on electric vehicles at City Hall last summer.

Furthermore, a lot of Murphey’s lawn maintenance equipment is battery-operated.

Murphey noted that having panels installed on his roof was something he has been considering for a long time.

“With the citywide discussions, the time seemed right,” he said. “So, I made the leap, I did my research, decided what I needed, used SMUD’s website to help me design the system and what I needed for production purposes, and hired me a contractor.”

Because service on the commissioner’s new solar panels began on Dec. 4, Murphey was not able to share any billing information.

However, he mentioned that the savings through solar panels versus electricity in the local area are not great.

“The biggest thing that people will tell you in (the) SMUD area is it’s a lot of cost for a little savings, and I can’t disagree with that,” he said.

Murphey added that his solar panels are an investment for the future.

“Even though SMUD has low rates now, I look at this as an investment in the future when it comes to increasing rates and/or the expansion of the time of use hours,” he said. “In either of those cases or (if) both of them happen, it will make those panels more valuable.”

Murphey also took advantage of the 30% tax credit offered to those who have solar panels installed on their homes.

“I got 30% payback immediately on my taxes for this year,” he said. “So, that’s going to actually bring my cost down.”

The commissioner noted that it is also important to know that solar panels do not affect property taxes.

Although saving money is an attractive lure to solar panels, Murphey emphasized that they also have other benefits.

One misconception about solar panels is that once they are installed, people will simply receive free electricity.

“You do have some fixed costs that SMUD charges; you have a production meter and you have a consumption meter,” he said. “Once a year, they balance that out and you get what is called a “true-up” bill. You may owe something to SMUD for power consumed during the year.”

The commissioner highly recommends that those interested in having solar panels installed on their homes hire a quality contractor to assist them in understanding solar energy.

Murphey, who paid less than $20,000 for his panels, explained why he chose to buy them, as opposed to leasing them.

“The reason (for that decision was) that if you lease, it can be an encumbrance upon your home if you decide to sell it,” he said. “(The panels) become part of your home.”

Monica Hernandez, a former Elk Grove area resident, told the Citizen that she has experienced significant savings in her electricity bill since switching to solar panels about four years ago.

Hernandez, who moved to Fair Oaks last May, mentioned that prior to switching to solar panels, her bills ranged from $80 to $170 per month.

She added that because of the cost of the panels, it will take her and her husband, Andrew, about 20 years to break even.

Jeffrey Adkins, CEO of the Elk Grove-based Future Energy Corp., said that his company completes about 10,000 solar-power installations per year in the Sacramento area.

Adkins noted that the timing is right to purchase solar panels.

“The government is getting rid of (the tax credit in five years), and one of the reasons they’re going to get rid of it is because the incentive has been going on since the early 2000s,” he said. “By then, it will become cost-effective for everybody to do it without an incentive, is what the government thinks.”

Adkins mentioned that his company adds battery backups as part of their systems.

“The big thing is for the next five to 10 years we’re putting battery backup, so you have an actual battery storage at your house,” he said. “And then all these guys where the PG&E (service) was being cut off, the people with our systems throughout El Dorado Hills in that area, basically they had eight hours of backup power from their solar.”

“Anybody can afford it, whether they pay for it outright or do it on a monthly payment,” he said. “Usually their monthly payment is even to what their bill used to be. So, they’re not really spending any more money out of their pocket.

“So, that’s why you see so many (systems) going up. It’s never been less expensive.”