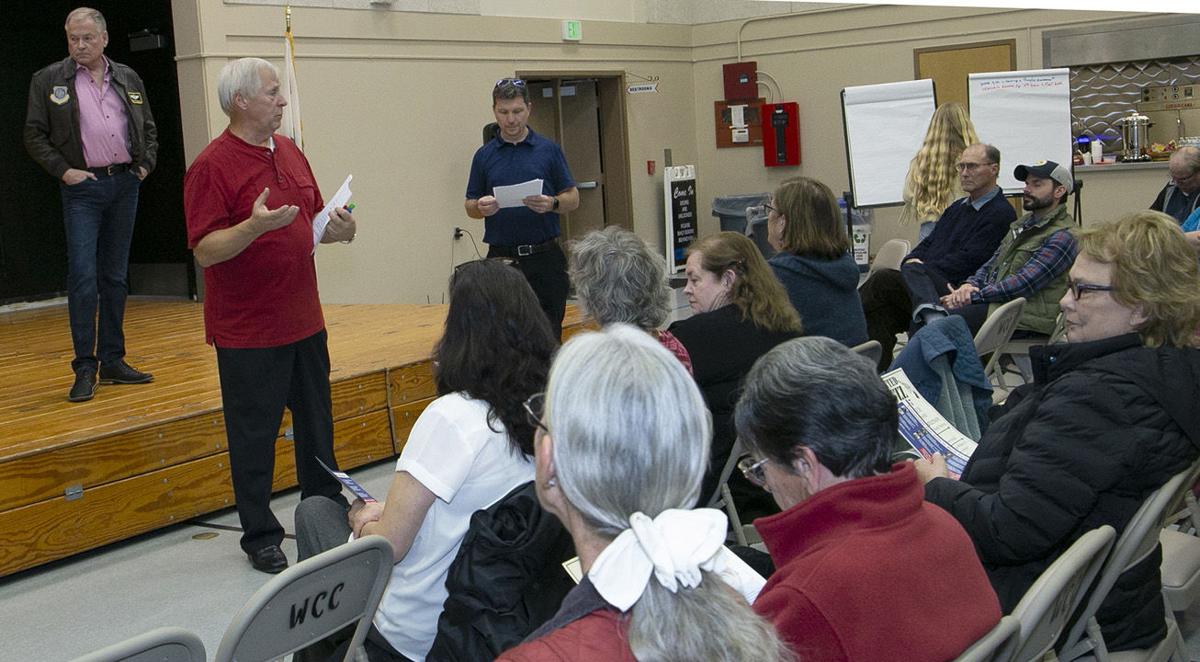 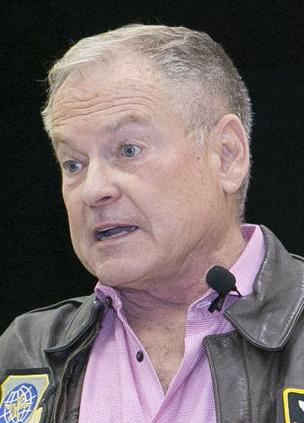 He held a “meeting the candidate” meeting that had about 50 people at the Wilton Community Center on Jan. 30. Patterson is among five candidates running in the March 3 primary.

Patterson served as a senior military aid to President Bill Clinton between 1996 and 1998, when he carried nuclear missile launch codes and lived in the White House.

His experience was so disturbing that he later wrote a book called, “Dereliction of Duty,” a New York Times bestseller that was harshly critical of the Clintons. After retiring as an Air Force pilot, he wrote three more political books while working as an airline pilot.

Alarmed by Hillary Clinton’s presidential run in 2016, he retired from commercial flying, and began working for candidate Donald Trump in California.

“I was a Trump surrogate. I did a whole bunch of rallies for him around the state,” Patterson said. “He is an amazing man.”

He addressed why he campaigned against Clinton during her presidential run.

“I couldn’t be sitting on my hands in the cockpit at 3,500 feet and let that woman be elected after eight years of Obama,” Patterson said. “When you take an oath of office to defend the Constitution against all enemies, foreign or domestic, my oath of office never expired. I want to continue to serve our nation when I am running against Ami Bera.”

Asked how he plans to beat Bera, Patterson said he brings a good national presence to the race and that 90 percent of his fundraising is coming from outside the state from Republicans who believe the district is winnable.

“I think I scare Democrats and Bera because I am an outsider with an insider’s knowledge,” he said.

Although Patterson is running against fellow Republican Jon Ivy, he has won their party’s endorsement. Patterson dismissed his opponent as a supporter of Bernie Sanders.

Patterson moved to Orangevale two months ago and plans to move his wife and two children from Thousand Oaks in June, after the close of school. He said they are looking for a home in Folsom, because their roots are in the Sacramento area. They plan to stay no matter the election outcome, although Patterson said he would run again, if necessary.

Patterson expressed his support for Trump during his talk, even calling himself a “Trumplican.” He said Republicans owed it to Trump to give the U.S. House of Representatives back to the president so he doesn’t have to endure another four years of “impeachment nonsense,” and so he “can continue to make epic changes in the country to get us back to what is all about.”

Patterson also said Trump is planning to come to California for two rallies “if we get through the primary which it looks like we will.” One would be in Sacramento, and the other in Orange County.