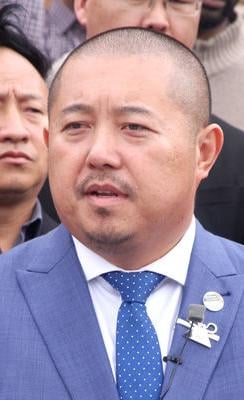 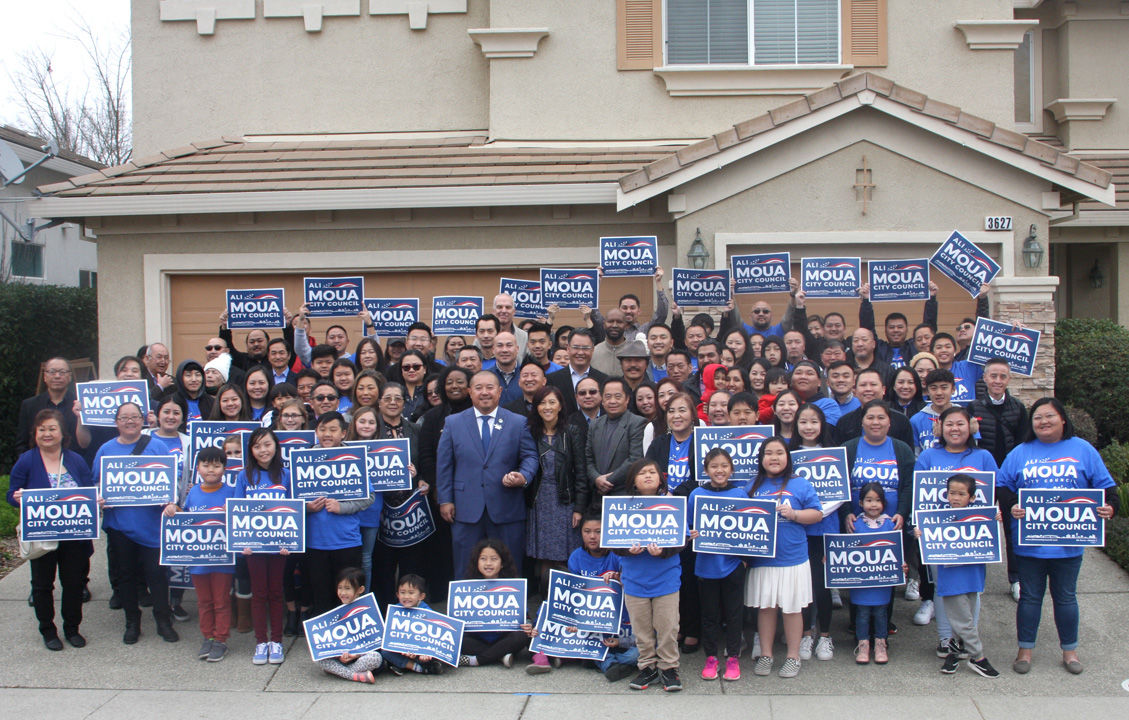 Ali Moua is joined by supporters in front of his home on Jan. 25.

Ali Moua is joined by supporters in front of his home on Jan. 25.

Moua, who moved to Elk Grove from Rancho Cordova three months ago, is a newcomer to the political field as he seeks public office for the first time.

With about 125 of his supporters in attendance, the candidate made his announcement at an event held outside his Laguna home.

He told the crowd that it is an important time in the city’s history to elect a strong leader for District 1.

Among the speakers at Moua’s campaign kickoff was Maureen Craft, who is a candidate for the District 3 council seat in this November’s election.

She referred to Moua as a “man of integrity.”

“He is a person who is a great listener and cares about the community and the issues and the concerns of our community,” Craft said. “Ali is an attorney. He fights against injustice and discrimination every single day.”

Following his morning event, Moua told the Citizen why he joined the District 1 race.

“The reason I decided to run is because of all the ongoing issues that are going on with this community and also the lack of engagement in transparency from the council to District 1,” he said. “That’s the main reason why I’m running.”

Moua noted that he is interested in creating better engagement between the citizens and the city.

He said that he wants to have a “clean” race against his opponent.

“I think that the values and beliefs that I have are more in line with the community members here,” Moua said. “I’m not going to have any negativity that I’m going to say about Darren (Suen). Darren has made his decisions and how it has affected the community is shown in the record. But I want to have a clean race with Darren.”

He added that he has a desire to assist the business community and improve public safety.

The candidate noted the controversy surrounding those who favor and disapprove of California Northstate University’s plan to build a teaching hospital in the Stonelake neighborhood.

“I’ve only been able to see how a council (member) in this district has treated the project of the hospital,” he said. “So, that is one of the ongoing issues that I will attack as part of my platform.

“I want to make sure that if we are developing any businesses in Elk Grove that it is in the best interest for District 1 and the city.”

Moua expressed frustrations with an option that was presented to the council last year to redraw district maps that would have prevented some District 1 voters from voting this year under the City Council’s new “by-district” election system.

During his interview with the Citizen, Moua spoke about his Hmong heritage. He said that his parents are refugees from Laos.

Elk Grove Mayor Steve Ly, who is a refugee from Laos, became the city’s first Hmong city council member in 2014, and he made history two years later when he was elected as the first Hmong mayor in America.

Moua said that he is an acquaintance of Ly.

“I know Mayor Ly,” he said. “We are acquaintances. I agree with a lot of Mayor Ly’s plans. I also have disagreements with Mayor Ly’s plans. But that’s the beauty of being able to have individual goals and expressions.

“I believe that I could work very well along with Mayor Ly, with the next mayor that’s elected and a lot of the other council.”

Moua, who is a San Diego native, said that he recently moved to Elk Grove with his wife, Tou Vang, and their four children so they can attend Elk Grove’s schools.

In addition to his efforts to serve on the council, Moua mentioned his desire to make Elk Grove his longtime home.