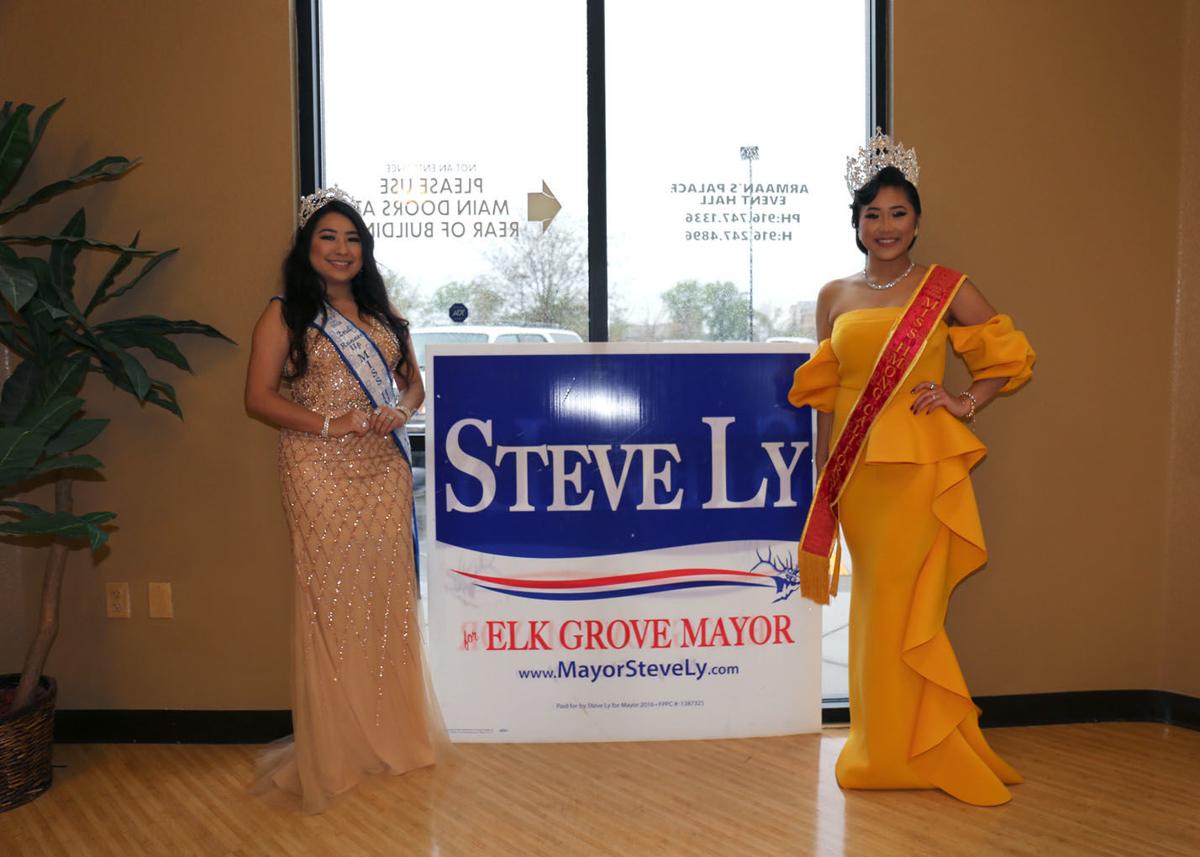 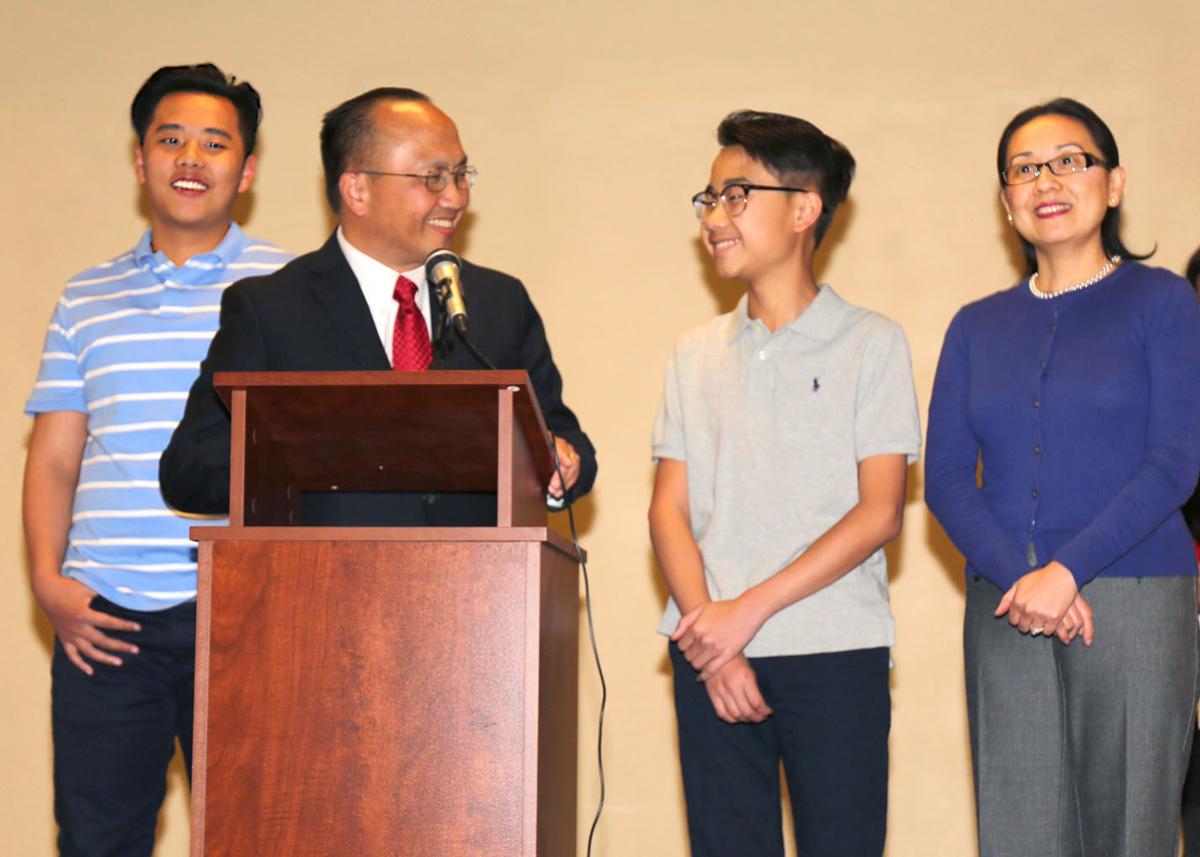 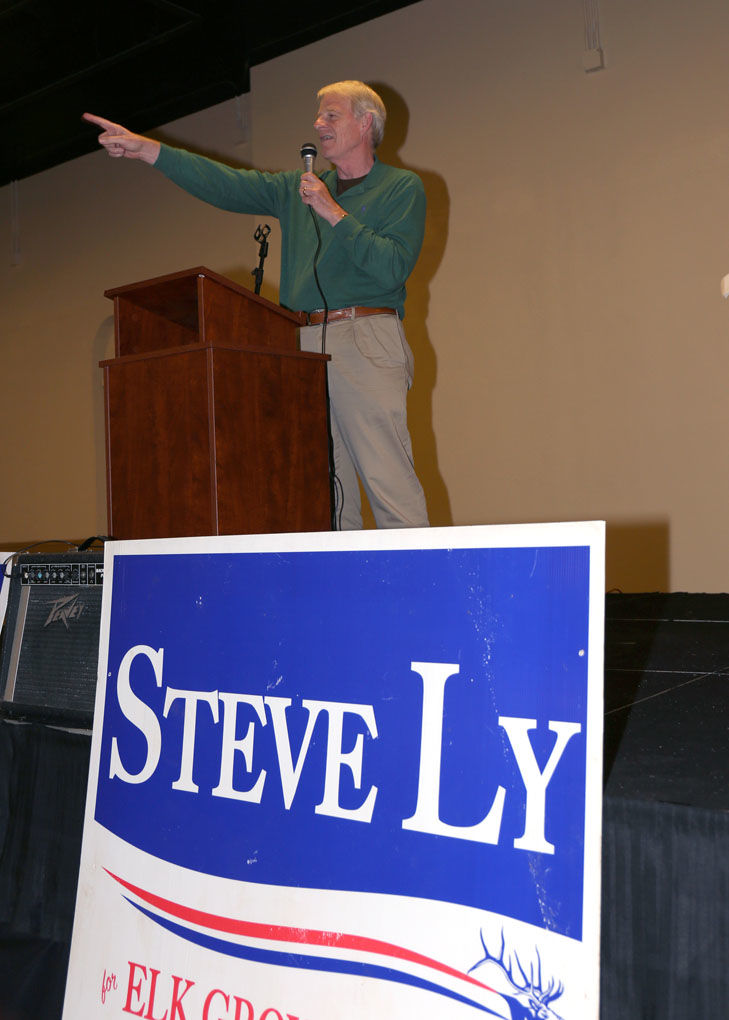 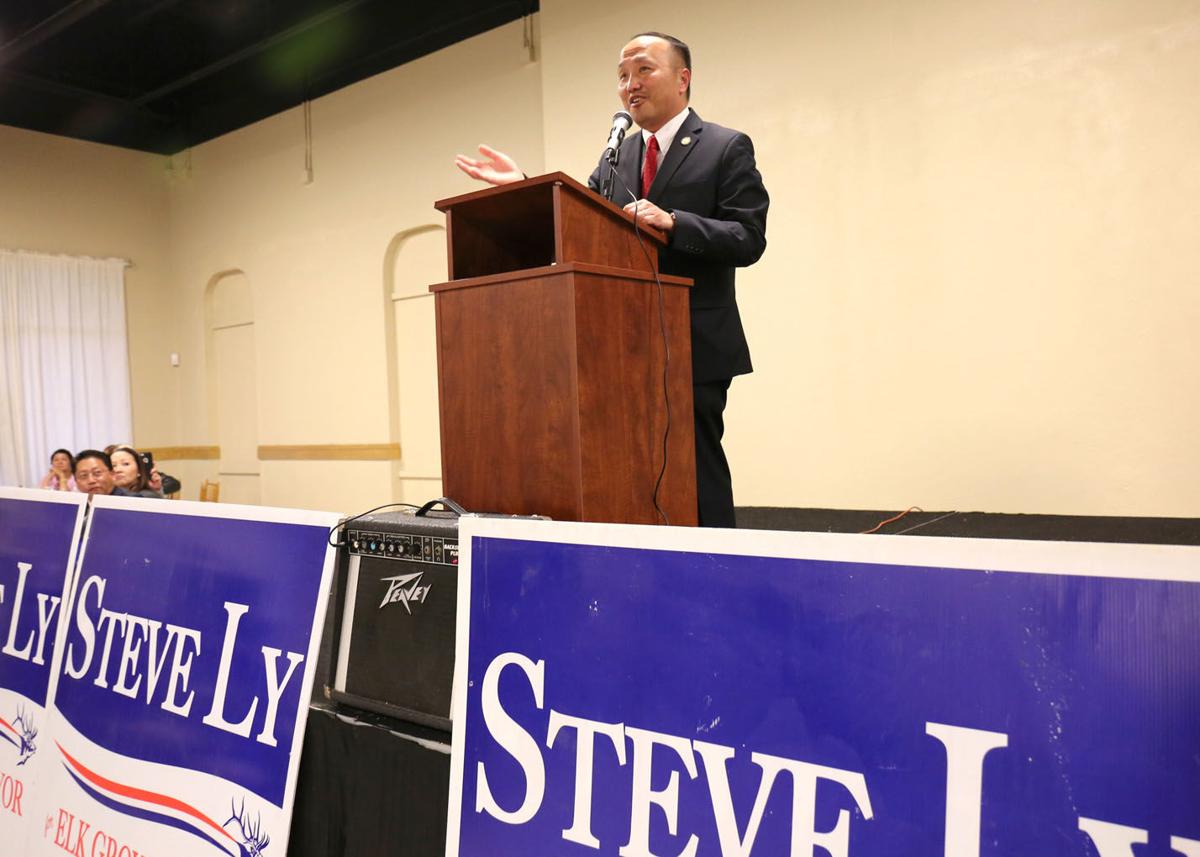 Elk Grove Mayor Steve Ly began his re-election campaign on April 6 with a gathering where he addressed economic development, public safety, and other issues.

He made history in 2016 when he was elected to serve as Elk Grove’s mayor. The former Hmong refugee became America’s first Hmong mayor.

While standing before a large crowd at Armaan’s Palace Event Hall, the mayor spoke about the city’s job deficiency. He referred to that deficiency as Elk Grove’s biggest issue, and noted that the city’s retail space is currently “maxed out.”

Regarding economic development, Ly said that he hopes to have a hospital built in Elk Grove.

“The medical school, the pharmacy school and many other schools soon to come will be a catalyst for economic development,” he said. “I am a proud supporter of that university.”

The mayor said that Elk Grove could eventually be developed to become a place with a biotech district.

Ly also praised the Costco project, which he said was nearly lost to the Delta Shores shopping center in south Sacramento.

“Open fields do not generate any revenues for the city,” he said. “We need places like Costco in the city. I’m proud to say that I am part of that and was able to pull together the necessary people to make that possible.”

Ly also mentioned his excitement for the city’s future civic center, which includes the future aquatics center and the recent groundbreaking for the community center/senior center/veterans hall building.

Another issue that Ly addressed was public safety.

“I think the basic principal of local municipalities is to make sure that our citizens are safe,” he said. “It was a priority for me then (in his first mayoral campaign) and it is now.”

“Because 60 percent of our schools sit in the city of Elk Grove, we should have Elk Grove PD’s involvement,” he said. “It’s a no-brainer, but historically we haven’t had that.”

The mayor also expressed support for the Kammerer Road extension, which would join with Interstate 5.

Ly also stressed his desire for stronger, connected neighborhoods, which build upon the city’s diversity.

As for the future Outlet Collection at Elk Grove mall at Kammerer Road and Highway 99, Ly expressed concern.

“We are patient (with that project), but certainly our patience is running thin,” he said.

“When I talk to (the developer), I ask them when? You see the signs down at the mall suggesting a certain time (for the mall’s opening), but honestly I’m just not sure. I’m not sure if that mall can be built by that time.”

“Honestly, (the by-district voting system issue) is to me the dividing issue,” he said. “We have a good City Council. We work well together, but I can’t force somebody to believe what I stand for. And I respect their position.”

Ly is currently the council’s lone member who supports a change from the city’s current from-district system, in which council members live in their council districts are still elected by voters across the city.

In a by-district voting system, council members are only elected by voters who live within their council districts.

Ly said that he supports by-district elections for their cost-saving effects and as a way to avoid having people appointed to seats that are vacated before the expiration of elected officials’ terms.

Moving forward with his campaign, Ly said that he maintains the original vision, which he ran on in 2016.

“My thing is I remain committed to the vision in which I outlaid a little over a year ago when I (initially ran for mayor), and I continue to be committed to that (vision),” he said.