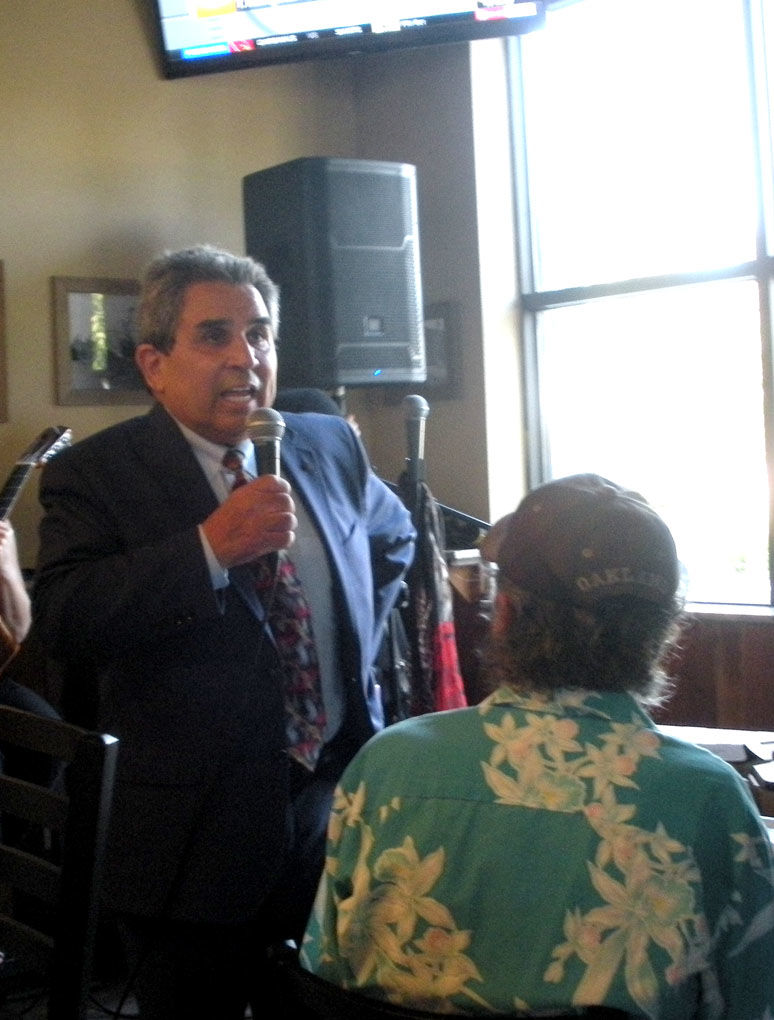 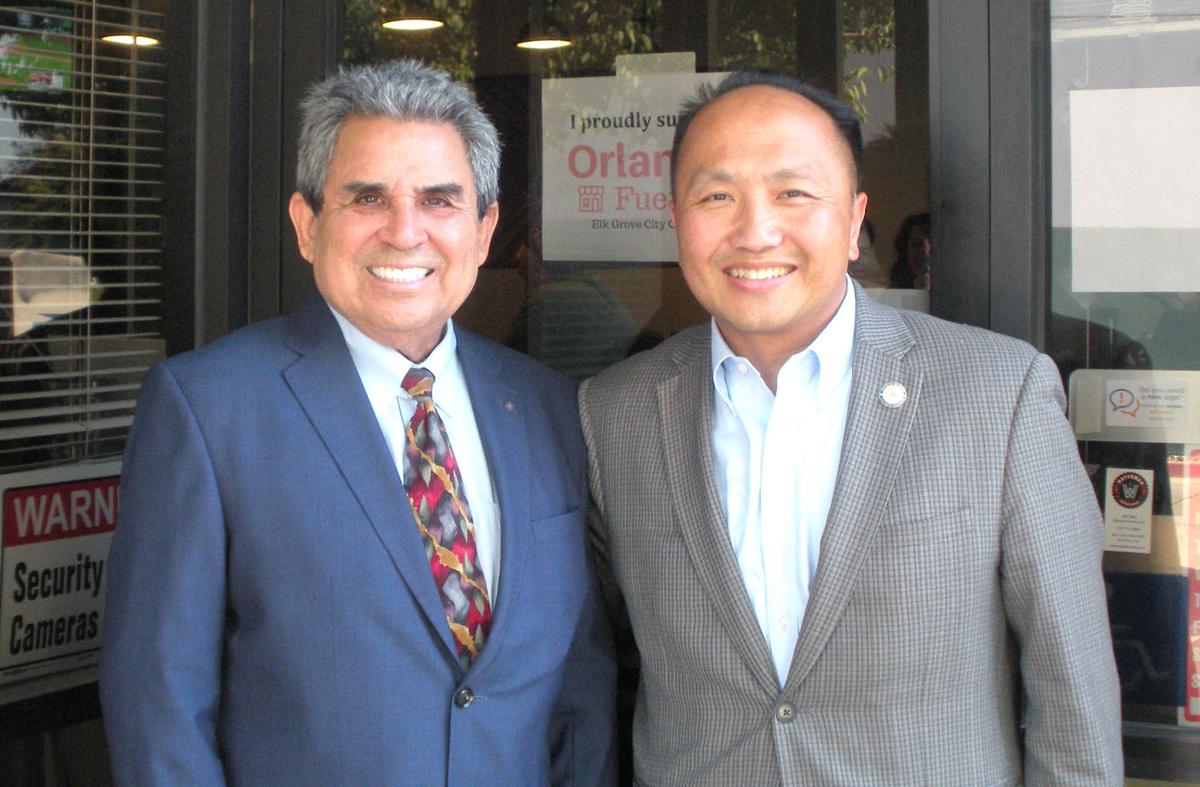 Orlando Fuentes treated a few dozen supporters to pizza and craft beer when he held his Aug. 16 campaign fundraiser at the Waterman Brewing Company’s taproom.

He is challenging incumbent Stephanie Nguyen for the City Council’s District 4 seat this November. Fuentes’s backers include Elk Grove Mayor Steve Ly who urged the crowd at the fundraiser to join Fuentes in his “uphill battle” to win the race.

“Orlando needs you to walk to precincts,” Ly said. “He’s going to be knocking on every door in Elk Grove, he can’t do it alone.”

The mayor then joked they need taller people to do the job.

Fuentes serves as a director on the Cosumnes Community Services District (CSD) board, which governs the Cosumnes Fire Department, and Elk Grove’s parks and recreation system. He was elected to the board in 2016.

His colleague on the committee included Andres Ramos, who is now running against incumbent Pat Hume for the City Council’s District 2 seat.

“I saw the committee thrive under his leadership,” Ramos told the Citizen. “I saw his service for the city up close…I’m running with him as we hope to change City Hall.”

Fuentes told the Citizen that he will focus on city issues such as housing development, homelessness, and traffic on the campaign trail.

Fuentes said that he wants the city to do more to address local homelessness, and to increase housing for low and middle-income residents.

He believes that much of the homeless problem is due to a lack of low-income housing.

“Most (local homeless) have family ties in Elk Grove,” Fuentes said. “Those are our people; they’re not just drifters from Sacramento.”

Terry Schanz, the chair of the Sacramento County Democratic Party, told the crowd at Fuentes’s fundraiser they are a part of the “blue wave” of voters that Democrats hope to see participating in the midterm election to win more seats for Democratic candidates.

“The best way that you can repel problems nationally is by acting locally and voting vocally,” Schanz said.

Mayor goes on the attack

In his speech at the fundraiser, Ly announced why he was backing Fuentes and Ramos for City Council instead of the incumbents.

“I’ve been a big proponent of ‘People before Politics,’ and what I’ve seen on the Council is really a disappointment,” Ly said. “That’s the reason why I’m supporting (Fuentes).”

A divide arose on the City Council during this election season. Ly is running for re-election this year, but Nguyen, Hume and Council Member Steve Detrick are instead endorsing Ly’s opponent Vice Mayor Darren Suen.

Ly shared his general views on officials who were appointed, not elected, to office.

The City Council appointed Suen and Nguyen to vacant Council seats after their predecessors were elected to other offices. Suen later won the Council’s District 1 election in 2016. Ly did not name him and Nguyen during his speech.

Ly stressed that he was the only one on the City Council who opposed the city’s $300,000 severance pay for Laura Gill when she resigned as city manager earlier this year.

“We spent $300,000 for severance pay on a city manager, and we’re going to spend several hundreds of thousands of dollars to try to recruit somebody to replace that city manager,” he said. “I was the lone member who stood up against it.”

Ly and Fuentes are also advocates of reforming the City Council’s election system. They call for the “by-district” system where Council Members are only elected by voters who live in their specific Council Districts, instead of voters across the city.

“You’re allowing people to be empowered to rise up and serve the community,” Ly said.

They mayor attempted to have the Council to adopt the “by-district” system, but they did not support his proposal.

Ly did not mention names, but he said there are Council members who are more responsive to areas that have the highest voting turnouts.

“We’re a city that has to think forward,” he said. “We will reach a point where we’ll elect by-district.”