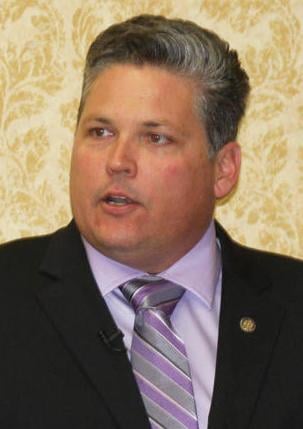 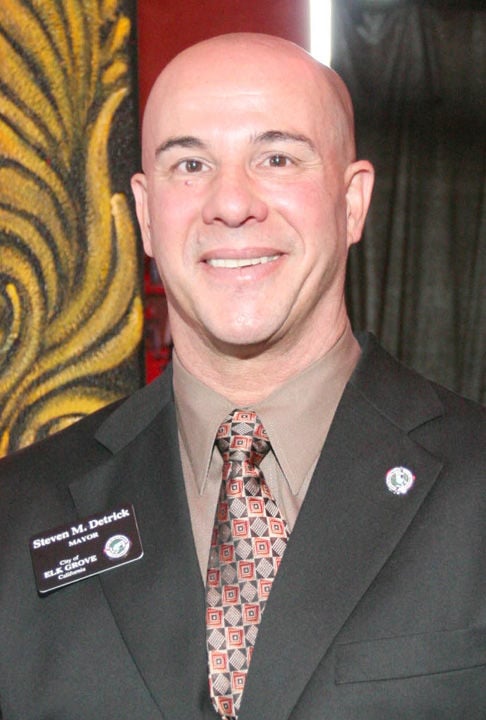 Elk Grove Vice Mayor Steve Detrick announced on Dec. 16 that he will not run for re-election in the November 2020 election. He will instead endorse Elk Grove Planning Commissioner Kevin Spease to succeed him in the Council’s District 3 seat.

Also planning to run for that seat is Maureen Craft, who challenged Detrick for the same seat in 2016, and Amandeep Singh.

A council member for more than a decade

Detrick explained why he decided to not seek another term. He was elected to the City Council in 2008 after he defeated incumbent Michael Leary.

“One of the reasons I needed to stay on the council is I wanted to make sure there was somebody that had the same level of care that I’ve had over the last (11) years,” he said. “Kevin is the only person who had the same level of care about the community, in different categories. I’ve had the opportunity to see (that) firsthand over the last decade.”

Detrick noted that both he and Spease are Rotarians.

“One of my favorite terms in Rotarian is ‘Service Above Self,’ and I really believe Kevin portrays that,” he said. “He’s doing it for the greater good of our community, not for himself.”

Beyond his support of Spease, Detrick said that he feels that he has personally met sufficient goals as a council member and does not want to become “stagnant” in that role.

The vice mayor mentioned that he achieved his overall goal as a council member.

“My goal has always been to give as much as I could to the community and leave Elk Grove in a better place than when I started on the council, and I believe I’ve done that,” he said.

Detrick noted that he plans to use his additional time in the future to travel and spend more time with his family.

Among the issues that Spease said are most important to him is public safety.

“The City Council has done very well in terms of public safety,” he said. “You look at the crime rates and they’re very good. There are some things that we can improve on as a community.

“One of our highest crime rates is in aggravated assaults, and a lot of times that violence starts at home, and we need to work on decreasing that.”

“My intent is to work regionally to find creative solutions for traffic in Elk Grove,” he said. “What I mean by creative solutions is not necessarily looking at adding another lane, but it’s about using the data and information that we have to find smarter ways.”

Improving the city’s business climate is additionally one of the issues that Spease most focuses on.

“We are at this point in time a small business community, and there are folks out there that could use a hand, and we need to be able to advocate for them, not just here locally, but as well as at the state level,” he said.

Spease said that as he moves forward with his campaign to become the council’s next District 3 representative, he values Detrick’s endorsement.

“Vice Mayor Detrick has a very long record of dedicated service to Elk Grove, and getting his endorsement is very important to me, because it shows that someone has been there, done that,” he said.

The planning commissioner emphasized that if elected, he would bring much experience to the council. He noted that with his service on the Planning Commission, he has an understanding of land use.

Spease served as chair of the Elk Grove Chamber of Commerce, worked with many local businesses, and he advocated for businesses in the Assembly and Senate.

Also among Spease’s background are growing up in Elk Grove, serving in the California Army National Guard and the U.S. Air Force, living in several countries, and operating small businesses.

The planning commissioner also commented about his experience as a Rotarian.

“As a Rotarian and a humanitarian, it’s been great to have the opportunity to help folks who may be homeless or may be looking for food, or to help with foster children,” he said. “I think in leading the city, it’s important to know it’s not just the government, but the people and the trouble and the challenges that they have.”

With his experience and approach to his public service, Spease told the Citizen that he feels he is the best candidate for the District 3 seat.

“I’m the best candidate, because I work, live and play here in Elk Grove, and I’ve been a supporter for Elk Grove for a long time,” he said. “My experience is deep and my understanding of the area is beneficial.”