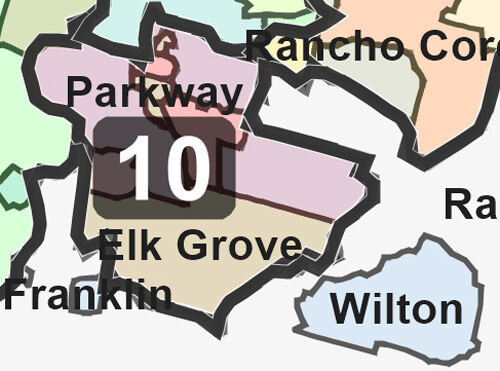 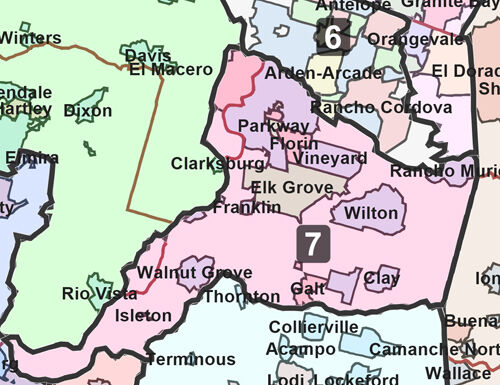 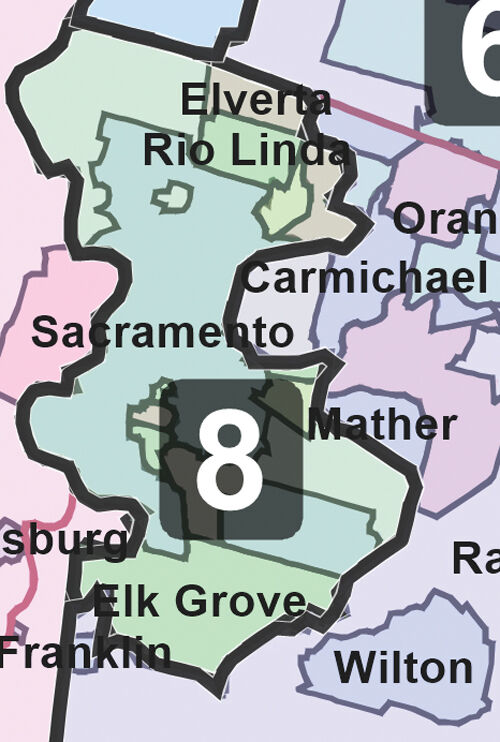 With the recent release of the final approved maps for state districts, candidates for local Senate, Congressional and Assembly races in the 2022 election shared their thoughts on those maps.

The California Citizens Redistricting Commission, an independent organization, approved the final maps this month. They followed the federal government’s publishing of updated census information for 2020. These maps are updated every 10 years.

With the updated census information, boundaries were redrawn for the electoral districts to reflect population growth, with an attempt to evenly allocate each district by the number of its residents.

Through those redistricting efforts, Elk Grove will no longer be a part of Senate District 6, which currently extends to Sacramento, West Sacramento, and other parts of Sacramento County. That district has been represented by Sen. Richard Pan, D-Sacramento, since 2014. He is currently serving his final term.

Following the 2022 election, Elk Grove will lie within the newly formed Senate District 8, which runs from Elk Grove to Elverta, and includes Rio Linda and parts of Sacramento.

Jones, a Democrat who formerly served as the state’s insurance commissioner, expressed satisfaction with the new district map.

“I’m very pleased with the map for Senate District 8, because it includes Elk Grove, as well as other communities that are an important part of the Sacramento region,” he said.

He noted that among the issues that concern him the most are the “skyrocketing” costs of homes and rent, the homelessness crisis, building back better from the pandemic, and tackling climate change.

Jones stressed his experience as a Senate candidate.

“Unlike the other candidates, I have over 30 years of experience and a track record of successful accomplishments serving the Sacramento region,” he said.

Ashby, a Sacramento City Council member and a former Elk Grove resident, also approved of the final map for District 8, as well as other Senate district maps.

“I think the final maps look great,” she said. “I’m really grateful to the people who took on that undertaking. It’s quite an ordeal, but I’m glad it’s done and ready to go. Now that we know the exact boundaries, we can start spending more time in the areas getting to know folks.”

Ashby, who is a Democrat, identified some of her most important issues as investing in local communities, addressing homelessness and the housing shortage, and continuing the pathway out of the pandemic through such efforts as helping businesses and families.

She noted that in moving forward with her campaign, she is motivated to continue to educate voters about who she is and what she would like to do for them.

“I’ve been working really hard for the last decade-plus in the Sacramento region, drawing down investment and pushing for the community that I currently represent, and I’ve had a lot of really good outcome,” Ashby said.

Porter, a Democrat, community activist and Elk Grove resident, told the Citizen that his campaign is currently reviewing the new Senate district to determine what his plans will be moving forward.

“We’re exploring all the possibilities there,” he said. “Our future though looks at representing Elk Grove, south Sacramento (and the rest of the district with) passion,” he said.

He added that if elected, he would be a “feet-on-the-ground” representative, who would listen to the concerns of the people.

Asked about his thoughts on the District 8 map, Burgess called it “fair.”

Burgess, a California Highway Patrol sergeant and barbecue restaurateur who refers to himself as a moderate Democrat, also identified himself as a candidate that would get out with the people, and not be behind a desk every day.

He mentioned that his top campaign issues are homelessness, police reform, with the exception of defunding the police, and assisting small businesses.

Guerra, a Democrat who currently serves on the Sacramento City Council, responded to the Citizen’s request for comment with a brief statement.

“I am reviewing the new (district) lines,” he wrote. “They are in keeping with what I expected, given the trajectory of the commission. I continue to be excited about representing Elk Grove in the Capitol, and will be working very hard in 2022 to make that happen.”

Elk Grove will remain a part of California’s 7th congressional district, which within its boundaries will have a portion of Sacramento to the north, Isleton to the southwest, Galt to the south, and Rancho Murieta to the east.

Following the release of the new congressional district maps, U.S. Rep. Doris Matsui, D-Sacramento, announced she will run for re-election – in District 7, as opposed to her current District 6. District 7 includes her Land Park neighborhood in Sacramento.

U.S. Rep. Ami Bera, D-Elk Grove, who has represented Elk Grove in Congress since 2013, announced that he will run for re-election in District 6, which will cover most of north Sacramento County.

“It has been the honor of my life to represent the people of Sacramento County in Congress, and I look forward to continuing to represent them in our nation’s capital for many years to come,” Bera wrote in a statement issued last week.

Matsui this week responded to the Citizen’s request for comment, firstly addressing the new District 7 map.

“I really like the fact that this new district contains not only the capital city, my hometown of Sacramento, but also a city on the rise in Elk Grove, new neighborhoods, surrounding farmlands, smaller towns and communities, and the Delta,” she wrote. “We have a good mix of urban, suburban and rural in this new district, and that’s exciting.”

Matsui told the Citizen that she will focus on rebuilding the economy, getting through the pandemic, improving health care accessibility and transportation, supporting sustainable agriculture and family farming, preserving the Delta and managing water use and flood risk.

“I look forward to working with such a dynamic community,” she said. “I am eager to engage with Elk Grove’s leaders and the people of Elk Grove on ways to build a brighter economic future, ease the housing crunch, improve transportation infrastructure, and reduce homelessness, among other issues.

“This new congressional district is going to give the entire region an opportunity to work together on matters of mutual importance.”

Elk Grove to be a part of new Assembly district

Cooper did not respond to the Citizen’s request for comment by press time.

Eric Rigard, a Republican who challenged Cooper in the 2020 Assembly District 9 election, told the Citizen on Dec. 27 that after reviewing the redistricted maps, he will be running for the Assembly District 10 seat in 2022. He previously planned to run for the District 9 seat.