You have permission to edit this article.
Edit
Home
News
Sports
Lifestyle
Obituaries
Multimedia
Classifieds
1 of 5 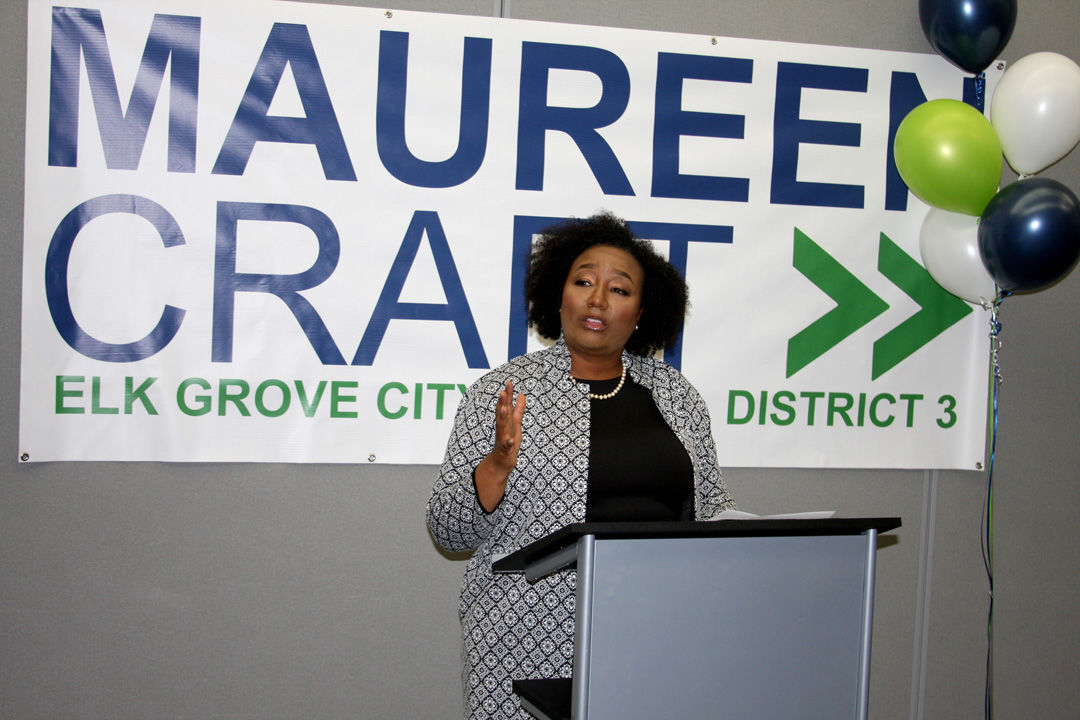 Maureen Craft. Click on the arrow at the top-right corner to view the other candidates. 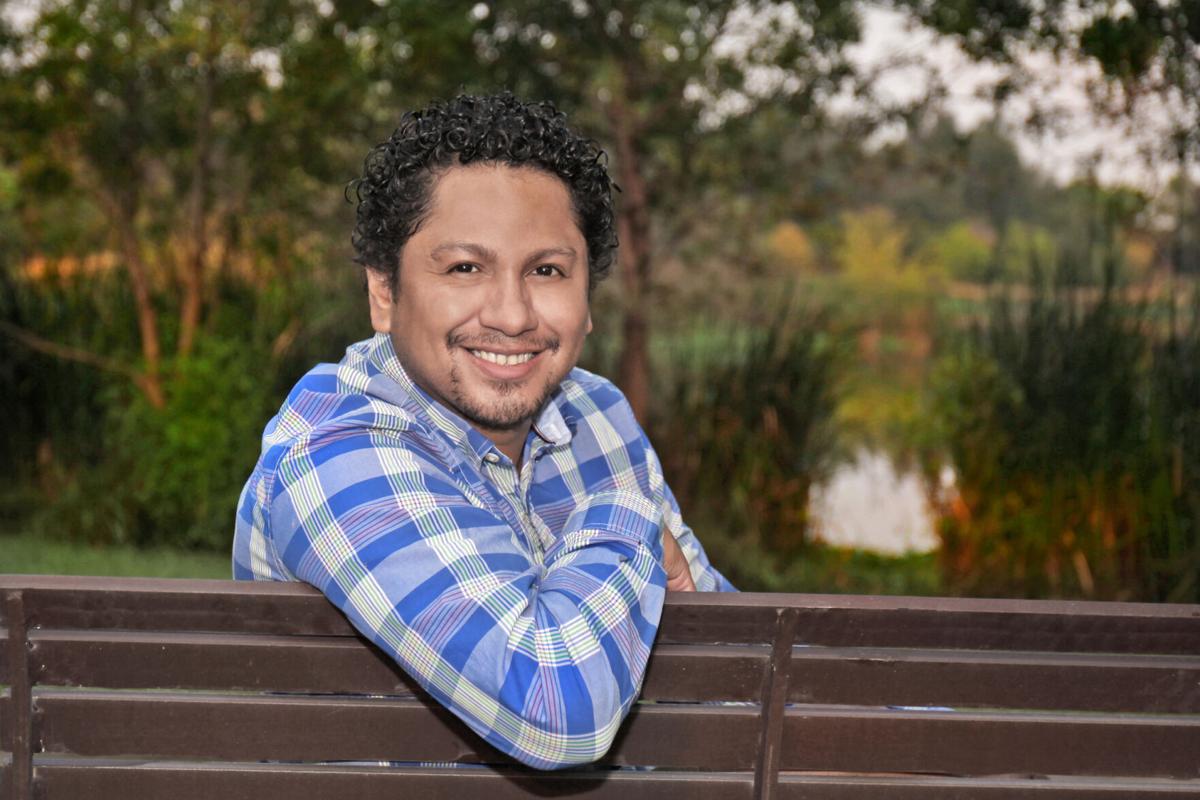 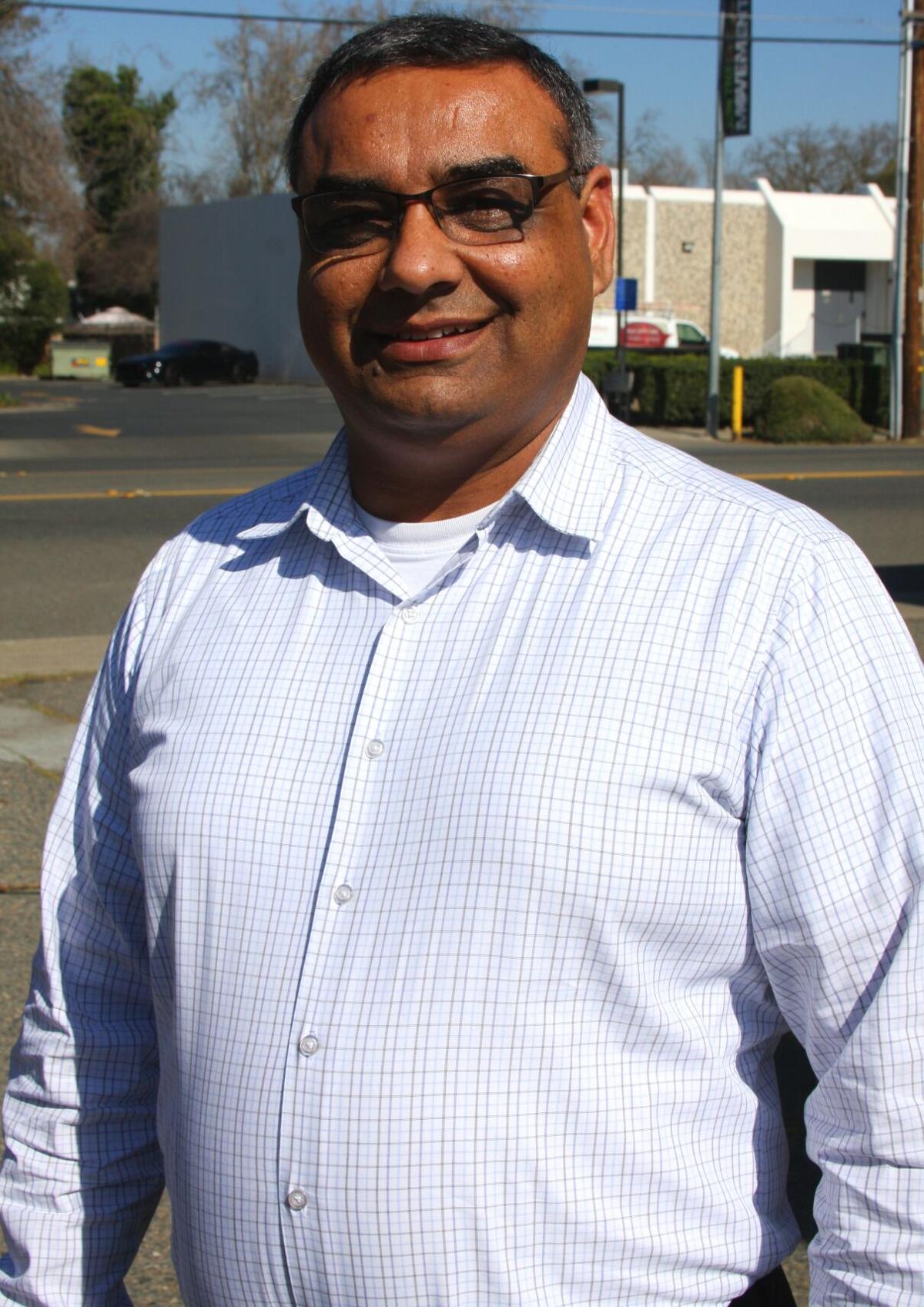 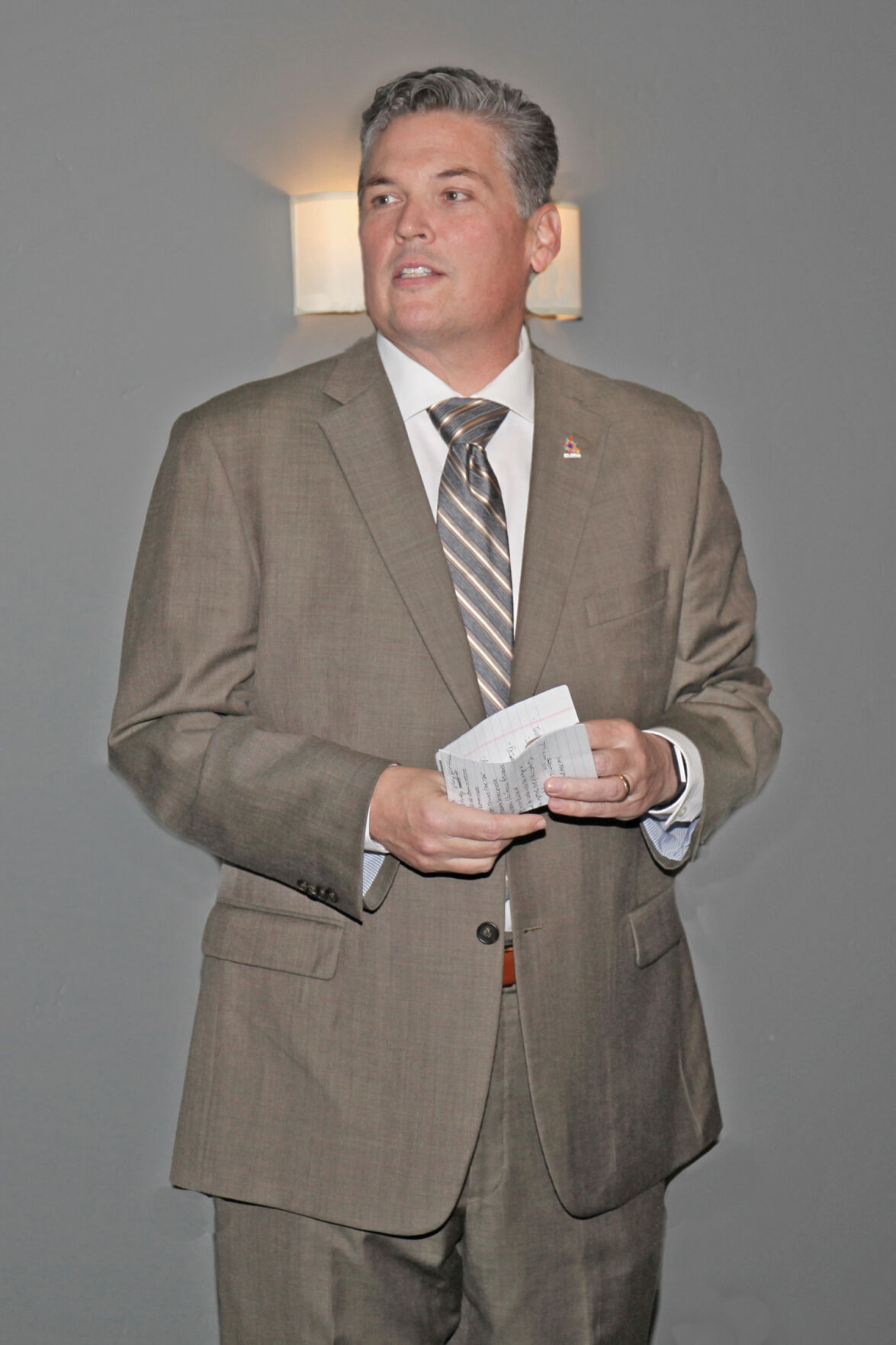 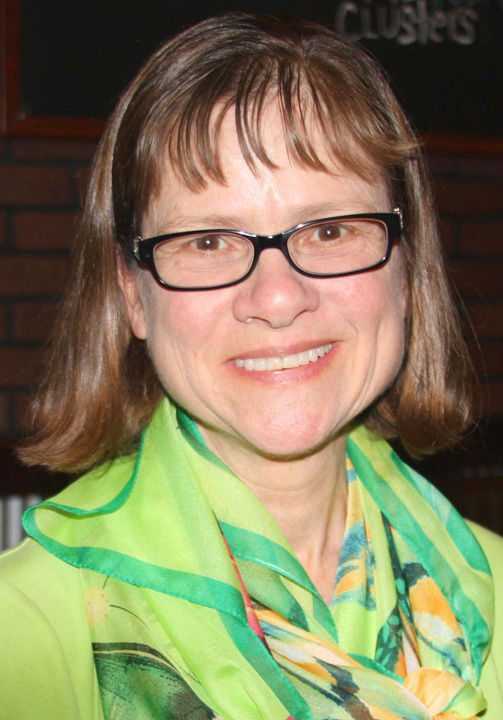 Maureen Craft. Click on the arrow at the top-right corner to view the other candidates.

As the candidates for the Elk Grove City Council’s District 3 election moved into the home stretch of their campaigns, they spoke with the Citizen about issues that matter to them.

Council District 3 covers the Camden area and north Elk Grove’s Power Inn Road area, as well as part of eastern Laguna. Under the council’s new “by-district” election system, only residents who live in District 3 can vote in the District 3 election this November.

There are five candidates vying for the seat of Vice Mayor Steve Detrick. He announced last December that he would not run for reelection, but he would instead endorse former Elk Grove Planning Commissioner Kevin Spease to succeed him.

Craft said that city issues that matter to her are infrastructure and jobs.

“We are lacking millions of dollars to fix our deteriorating roads,” she said. “We must look at energy, transportation, environment, job creation, along with transparency in local government.”

Also important to Craft is land use and planning.

“We need to take a serious look at the Sphere of Influence report,” she said. “We need to make sure that we have smart growth that sustains Elk Grove.”

Craft additionally named community relations as one of her top issues.

“We need to work together to establish relationships and share our cultures, so that people have a greater understanding of diversity and inclusion.”

Craft noted that it is important that people work together to improve Elk Grove.

“Moving forward together means that we work collectively,” she said. “I plan on drawing

attention to these and other issues once elected.

“Elk Grove is a beautiful city. We have the opportunity through smart growth and planning to forge a strong future.”

Gutierrez-Duncan said housing and homelessness are among his top issues.

“Our district is bordering with Sacramento and unfortunately our homeless population is being displaced,” he said. “I think we’re not giving enough attention to that issue. Because it’s in the border, someone has to take care of it.

“Housing is one of our top priorities. Everyone is very concerned that when we talk to the community, they express concern about housing. They say prices are very expensive. Most of them leaving in vain, and the renting is way too expensive in Elk Grove.

“And it’s getting higher and higher and more difficult for families, especially for large families to afford a place to live in our city, in our district, especially.”

Alejandro-Duncan also shared his concern about traffic in Elk Grove.

“We are saying, more people, more neighbors, it’s great,” he said. “But it’s also more cars, more traffic, (and) more frustration. So, we’re looking forward to (exploring) traffic and transportation and work with local transit and figure out ways we can make sure people (have access to information).

Economic development is also one of Alejandro-Duncan’s top issues.

“COVID-19 has put everyone in a huge vacuum and we don’t want to fall too behind, because our landscape is going to change, our businesses are going to change,” he said.

“(Business closures) are very sad, because those are the places we hang out, we know this community.”

Alejandro-Duncan added that the City Council and other local representatives can help Elk Grove have a “huge comeback.”

Singh said his top issue is “how to bring the City Hall back to the constituents of Elk Grove.”

“There’s a lot of infighting going on, there’s separate groups set up within the council and the mayor, and I want to break that, and I want to work for the city and the District 3 constituents, so we can do good for them rather than looking at our own personal benefit,” he said.

Singh also shared his thoughts on the homeless issue.

“Secondly, my biggest thing is to work on getting (the) homeless issue in control, especially when we are facing sort of a spillover from the city of Sacramento and the county of Sacramento into the District 3,” he said. “District 3 is probably going to be the first one to get that hit.”

He added that he would like to work on the homelessness issue with “regional players.”

Singh additionally mentioned his desire to improve jobs and employment opportunities in the city.

“Help (businesses) monetarily, and maybe provide them some incentives to move their shops, move their organizations into Elk Grove, and save all that commute time once we are out of this COVID-19 situation,” he said. “I don’t how the scenario is going to look like if these pandemic conditions continue for a long time. People might be switching over to online jobs. But if a really tough situation prevails, I would like to have those employers move into Elk Grove, and I will do my best to bring them in.”

Spease named maintaining public safety as one of the three issues that are most important to him.

“Residents value the excellent service that the Elk Grove Police Department provides our city,” he said. “I’ll ensure that the police are provided the equipment, training and support they require to continue to improve their standard of excellence that they give to each and every Elk Grove resident and business.”

Spease added that he plans to continue to connect at-risk youth with first responders to “build common ground and understanding.”

Also important to Spease is helping businesses understand and implement the rules for reopening their businesses.

“The reality is that the pandemic has decimated businesses in Elk Grove,” he said. “Exercise studios, restaurants, nail salons, those have all been decimated by what has gone on, and direction from county and state offices has been confusing and contradictory. So, businesses need clear, common sense communication.”

“COVID-19 has forever changed the future of work and I will champion for the state of California to embrace work-from-home policies that will keep residents out of their cars, off of the road and close to home, so we can reduce the congestion on our roads and improve our climate and give our Elk Grove residents a higher quality of life,” he said.

Spease also mentioned that he plans to work with the Elk Grove Chamber of Commerce to expand, attract and retain businesses in this city.

Wheat told the Citizen that the three issues that she is most interested in speaking to local residents and small businesses about are economic development, based on smarter growth policies; safer neighborhoods and protecting property values; and a cleaner and healthier environment.

“I think it’s what we all want, which is to have a cleaner, healthier environment, and that has to do with the safety of our neighborhoods, protecting our property values, and that involves smarter growth and economic development,” she said.

“The foundations for developing all those and having those happen is our General Plan and the policies that the mayor and the city councilmembers themselves established for us as a city.”

The General Plan is a state-mandated document designed to guide the city’s actions, such as how land is used, and where buildings, roads and parks are constructed.

Wheat added that as a retired school nurse, she is concerned about a policy that was changed.

“(A policy) of concern to me was the (Elk Grove) planning commissioners and the mayor and City Council’s decision to adopt and extend the emergency response time, within our General Plan, from six minutes to seven minutes,” she said.

Wheat summarized the issues she spoke about as quality of life issues.

“Those are pretty much the same issues, the quality of life issues, which are based upon the decisions by our City Council on that General Plan,” she said.