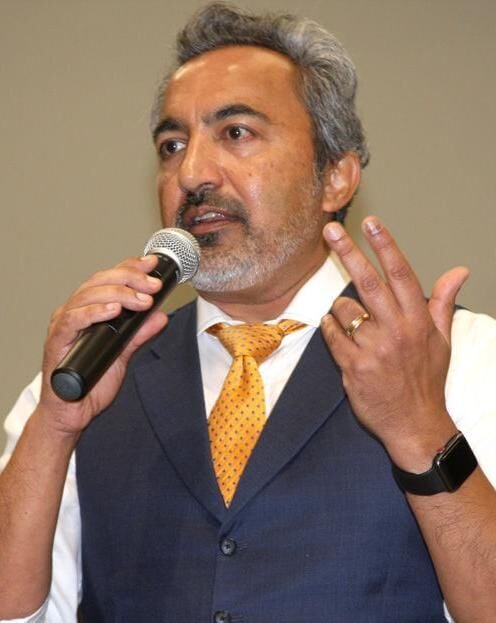 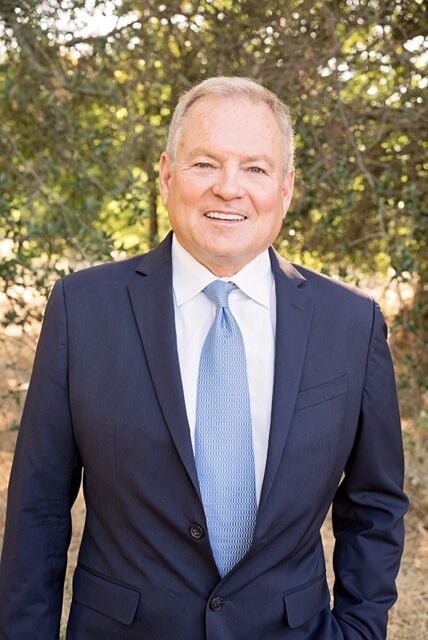 With the Nov. 3 election approaching, U.S. Rep. Ami Bera, D-Elk Grove, and his challenger, Republican Robert “Buzz” Patterson, spoke about their campaigns and the issue of economic recovery.

The winner of this election will represent Congressional District 7, which extends from south Sacramento to Lodi, and includes Elk Grove.

As the COVID-19 pandemic reached its seventh month, Bera continues to name economic recovery as one of his top issues.

Bera, who is seeking his fifth term as the District 7 representative, recognized the need to address the many businesses and jobs that were affected by the pandemic.

“That really has to be our focus of how do you get people safely back to work,” he said. “You know, giving them a paycheck as opposed to an unemployment check. How do we help those families that continue to face real food insecurity and housing insecurity, and really work together as Democrats and Republicans to get our communities, but also our country, back working and out of this economic downturn?”

“Let me emphasize ‘safely,’ because I think first and foremost, we need to keep our kids and teachers safe, and again, knowing we are going into the flu and cold season. I think we’ve got to keep the politics out of school reopenings and really leave that conversation to the folks that are in charge of teaching our kids, and that’s the parents, teachers, superintendents and school board members.”

The Congressman also spoke about the topic of developing and introducing a vaccine for COVID-19.

He added that he believes that at least one vaccine will be available in early 2021.

Bera noted that he is hopeful that former Vice President Joe Biden wins the presidential election, to “start the healing process.”

“Things have been so divisive in the last four years, and we can come together as Democrats and Republicans,” he said.

But whomever wins the presidential election, Bera stressed the importance of a bipartisanship approach to rebuilding the economy.

“If I’m privileged enough to represent the district again, my priorities are going to be, again, let’s defeat the virus and get ahead of this pandemic,” he said. “And we certainly are learning how to live with the pandemic and do business and so forth.”

Other issues that are important to Bera include health care, homelessness and affordable housing.

Bera said that he is proud to have assisted thousands of constituents with social security and Medicare issues and helping veterans receive their benefits.

He also mentioned that his staff has assisted small businesses in the process of receiving protection loans.

As for his campaign, Bera spoke about the challenges he faced in spreading his political messages during a pandemic.

“We can’t have the big phone banks and campaign office like we’ve always had before, or big rallies where we send folks out to start knocking on doors,” he said. “That’s forced us to adapt. My campaign staff (has been) in parks and virtual settings delivering lawn signs to folks.”

Patterson identified small business recovery as his number one issue.

He noted that he has been communicating with small business owners in District 7 to find out what assistance they need and figure out how to ensure their survival and economic recovery.

“We’re pretty sure the big-chain stores and the big-chain restaurants are going to be just fine, but if you’re a mom and pop restaurant or a bar or a gym or a hair salon in Elk Grove or Folsom or Citrus Heights, you have been crushed in the last six, seven months,” he said.

“A lot of these companies are not going to be able to come out of this, and that’s a lot of sweat equity for business owners that have spent 10, 20, 30 years putting all their efforts and their families’ future into their (businesses).”

Patterson added that small businesses can remain in California, if “we find out what their predicament is and help them out.”

During Patterson’s campaign, he has urged the Elk Grove Unified School District to reopen their campuses that have been closed since March due to the COVID-19 pandemic. That effort has also included communicating with parents, he noted.

“We’re really reaching out to parents to help them decide what’s the best route for their children to be educated,” he said. “Are they happy with Zoom, with online, or do they want to have their kids in school, or are they considering homeschooling or charter schools or private schools?

“That kind of crosses party lines. That’s not a Republican or a Democrat or no party preference issue. If you’re a parent like I am, with three kids in school, you’re concerned about that, regardless of your political affiliations. So, we’ve been really reaching out to the parents.”

Patterson mentioned that he has been doing “everything imaginable and allowable” to get the word out about his campaign during the pandemic.

“We have been walking precincts, we have been talking to people – of course, doing it responsibly, social distancing, wearing masks – just making sure that the voters know who we are and answer any questions they possibly have.”

Patterson noted that he has had a lot of meet-and-greets, including meeting with the Sacramento region’s Vietnamese, Afghani, and Russian communities.

He additionally said that his campaign has been challenged by competing against a candidate with a much greater name recognition, which he gained through his eight years of service in the district.

“What we’ve been trying to do is just really make sure that the voters in California (District) 7 have a choice, (that) they know who  I am, what my background is, what I plan to do,” Patterson said. “And that means, the day-to-day interaction with people all across the district.”