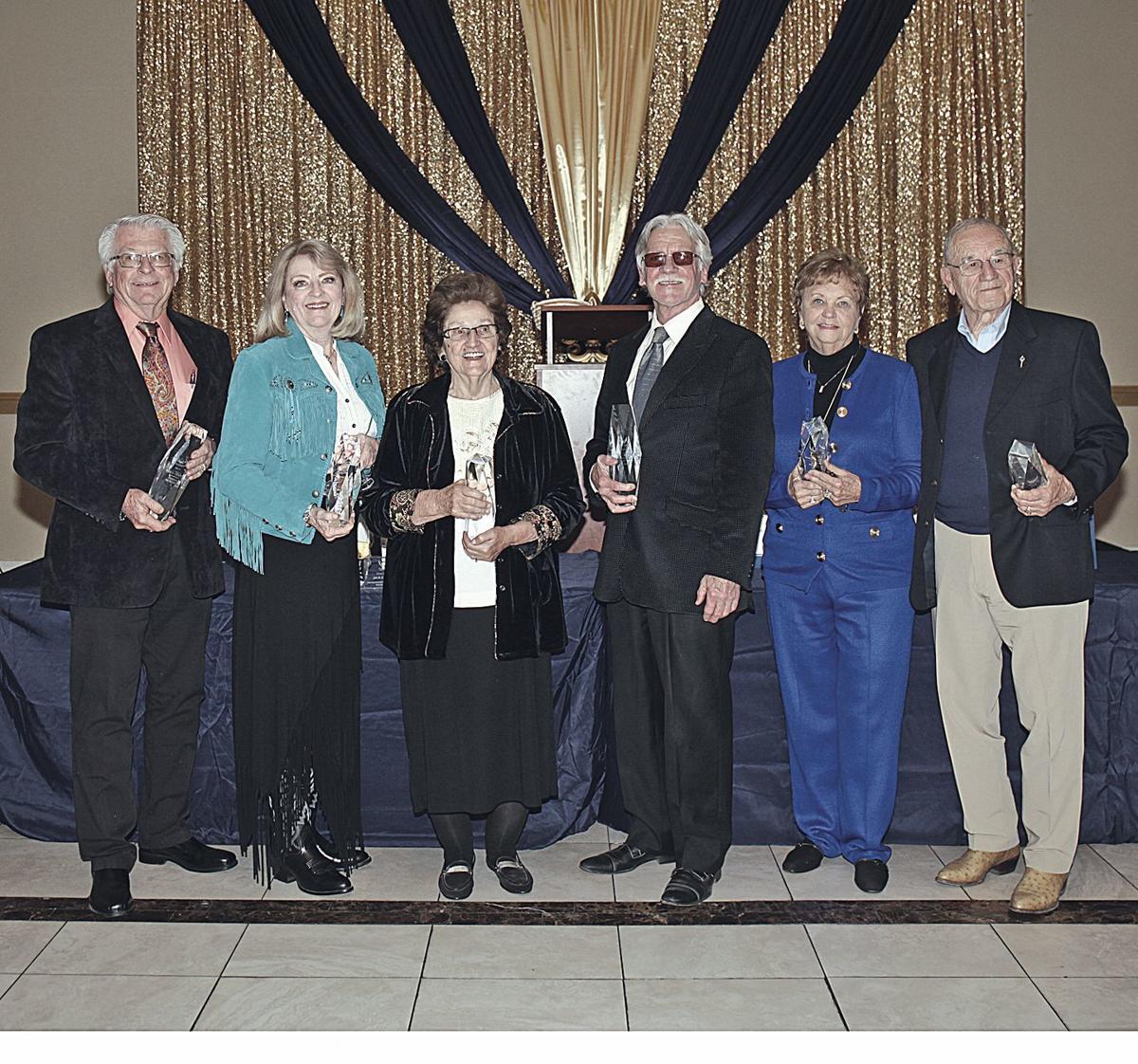 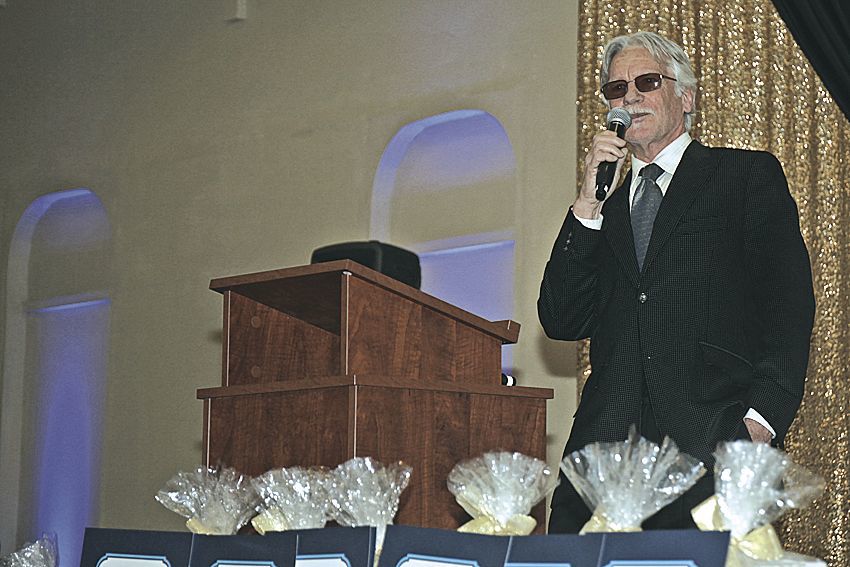 Jay DeWald, a longtime music educator and a 30-year conductor of the Strauss Festival of Elk Grove. 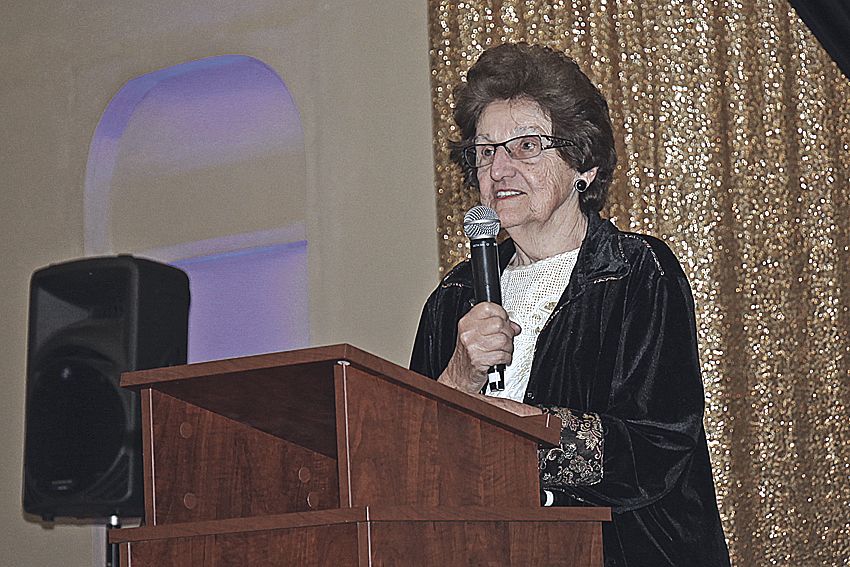 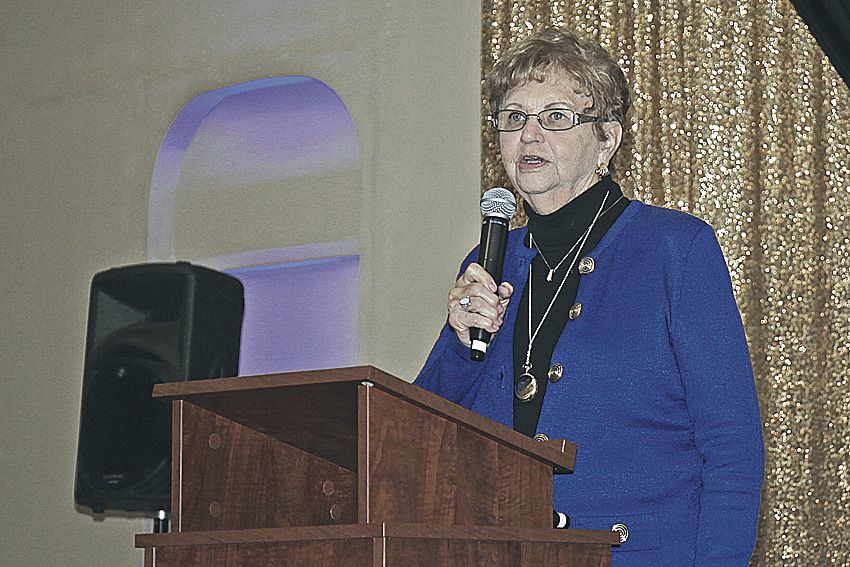 Kay Albiani, an education leader in the Elk Grove region.

Jay DeWald, a longtime music educator and a 30-year conductor of the Strauss Festival of Elk Grove.

Kay Albiani, an education leader in the Elk Grove region.

Six people were inducted into the Elk Grove Hall of Fame during a ceremony held on Jan. 9 at Armaan’s Palace Event Hall.

The Elk Grove Community Council presented this third annual award ceremony. Their program honor individuals who have significantly contributed to the Elk Grove community through their outstanding accomplishments in such categories as arts, education, community service, literature, science, and sports.

Those honored in this year’s class were Gil and Kay Albiani, Dennis Buscher, Yvonne Bonacci, Elizabeth Pinkerton, and Jay DeWald.

“This has become one of the more hallmark events (of Elk Grove),” he said.

Gil Albiani and his wife, Kay, have contributed in various ways to the Elk Grove community.

He has also been active in many local fundraising efforts, and has served on various boards, including the boards of the California State Fair, the Sacramento Metropolitan Chamber of Commerce, the Florin Resource Conservation District and Methodist Hospital. Albiani joined the latter board about 40 years ago.

As a promoter of education, he chaired two bond measures for the Elk Grove Unified School District.

Kay’s active dedication to education includes co-founding the Elk Grove Cooperative Preschool in 1965, and serving on the Elk Grove Unified School District board of trustees for 18 years.

She was named National Trustee of the Year in 2012, and held presidency roles with the Senior Center of Elk Grove and the Sacramento YMCA.

As a sign of the respect she attained in her field, a local middle school was named in her honor in 2005.

Gil expressed humility with being honored at the event.

“It’s a little embarrassing, because we just do what we do, and Kay’s been involved,” he said. “I think, honestly, it’s an honor to be here, of course, but I don’t think I do anything that’s special. I’m just passionate about everything I do.”

A longtime Elk Grove resident with even deeper family connections to the local area, Dennis Buscher is the great-grandson of German immigrants who came to the United States in 1870, and settled in the region south of Elk Grove that later became known as Point Pleasant.

His parents operated a 160-acre ranch in Franklin and were partners in a local merchandise store.

At a young age, Buscher became interest in local history and antiques, leading to his longtime work as an antique dealer.

In 1976, he acquired the two-story, Franklin area Victorian home of his great-aunt and great-uncle.

His work on restoring that home led to his community activism to preserve other local, historic structures, including the Rhoads School, which was relocated from Sloughhouse to Elk Grove Regional Park. That project led to the founding of the Elk Grove Historical Society, in which he is an original member.

Other projects that Buscher has worked on were the reconstruction of the 1850 Elk Grove House and Stage Stop, and the moving of the original San Joaquin Township justice court and jail as well as the 1852-era Foulks House to Heritage Park outside the historical society’s museum.

Buscher additionally served on the Franklin/Laguna Community Planning Advisory Council and was active in the efforts to establish the Elk Grove Historic Preservation Committee.

Buscher recognized his induction into the Hall of Fame as a great honor.

“It’s a great honor when you look at the past honorees,” he said. “It’s quite shocking to be included with those of the other two years, as well as with this year’s (class).”

Buscher also commented on his activities that led to his induction.

“I’m quite the historian for the Elk Grove area,” he said. “I’ve loved history, and so, I’ve devoted so much of my spare time promoting the preservation of our history.”

Buscher’s sister, Yvonne Bonacci, is known as a horse and art connoisseur.

Bonacci, who first sat on a horse when she was an infant, was involved in local 4-H programs. She eventually competed and won awards in horse shows and was selected as Miss Sacramento County 4-H Horsemen.

Her love for drawing horses at a young age was an early indication of her interest in art.

After graduating from Elk Grove High School, she attended Sacramento City College, where she used her artistic talent toward earning a cosmetology degree. She later worked as a hair stylist in Elk Grove for six years.

She was also involved in national title-winning competitive drill teams on horseback, was a judge of various horse competitions, and has volunteered with Project R.I.D.E. – or Riding Instruction Designed for Education – a local nonprofit, therapeutic, recreational horseback-riding program.

Following 19 years of professional riding, Bonacci decided to mainly focus on art by taking more classes and becoming involved in showing her works in the media of portrait and plein air. She has since won various awards as an artist.

Continuing to ride horses and paint, Bonacci enjoys teaching her skills to her grandchildren.

An educator, historian and writer, Elizabeth Pinkerton came to Elk Grove from Wisconsin in 1962.

She taught at Elk Grove Elementary School and Joseph Kerr Middle School, and worked with students to create two small books about the early years of the Elk Grove region.

Pinkerton later served as vice principal at James McKee Elementary in 1979, and Elk Grove High School from 1980 to 1984. She was also the principal of James Rutter Middle School from1984 to 1987.

Her work in education also included her service as president of both state and national educational associations.

Although she retired in 2002, Pinkerton remained dedicated to education, working as an educational consultant with several Washington, D.C. organizations, and state and county offices.

She is the author of local history books, and uses funds from those published works to support a student scholarship program.

Pinkerton has also written a local history column for the Citizen since 1983.

The Hall of Fame induction adds to her other recognition, which includes being named Elk Grove Citizen of the Year, earning a Key to the City of Elk Grove, and having a local park and middle school named in her honor.

An accomplished professional musician, Jay DeWald has both performed on big stages, as well as educated music students in the Elk Grove Unified School District for three decades.

DeWald’s love affair with music began during his childhood, when he was presented with a trumpet as a fourth grader at Elk Grove Elementary School.

He quickly gained an interest in one day becoming a professional jazz musician.

In addition to school music classes, he took private music lessons and practiced three hours per day. Among his favorite jazz musicians are Dizzy Gillespie, Freddie Hubbard, and Miles Davis.

While still in high school, DeWald formed a jazz combo that played at one of his school’s dances.

He later studied music at California State University, Sacramento, before transferring to the prestigious Berklee College of Music in Boston. DeWald was selected to play in the renowned Berklee Recording Band under the direction of Herb Pomeroy.

From 1968 to 1974, he was a member of the band, Swallow, which recorded two albums and toured the United States. He also gained stage experience, backing such bands as Aerosmith and Gladys Knight and the Pips.

DeWald recalled performing with Aerosmith in about 1970.

“I just played with them a couple concerts in Boston,” he said. “They were looking for a horn section, and at the time I was playing with a group called Swallow, and they picked up part of our Swallow horn section. And (Aerosmith) had us play just a few tunes with them (in those concerts).”

After earning a master’s degree and his teaching credential at the University of the Pacific, DeWald enjoyed a long music instruction career, while at the same time continuing to perform with various bands.

He is also known in Elk Grove as the former conductor of the Strauss Festival of Elk Grove for 30 years, and for his involvement with the Elk Grove Western Festival and the Elk Grove Food Bank.

Former Elk Grove Mayor Gary Davis, who launched the Elk Grove Community Council in 2017, told the Citizen that the selection committee chose a group of longtime residents for the current class.

“These are people that honestly were here practically in the beginning of Elk Grove when there were 2,000 people here,” he said. “It’s amazing, and it’s interesting: There’s diversity in their experience, but a lot of them really tie back to Elk Grove schools. Everybody this year that was honored has some involvement in Elk Grove schools at some point in their career.”

Davis added that the selection committee has plenty of qualified candidates to consider each year.

“You look at Elk Grove and it’s well more than 100-year history, (and) 175,000 residents today, (and) think about all those people making such a big difference in the lives of others in the industries that they work in and the careers they’ve had and their hobbies and their community involvement,” he said. “That’s a lot of people to choose from, and it’s a hard thing to do.”

Davis mentioned that, due to a scheduling delay for the recent Hall of Fame event, the next inductees will be honored this fall.