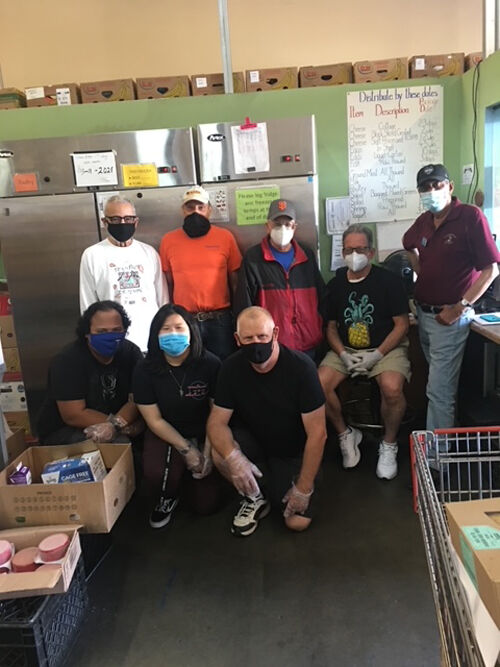 Volunteers are a vitally essential part of the operations of the Elk Grove Food Bank. 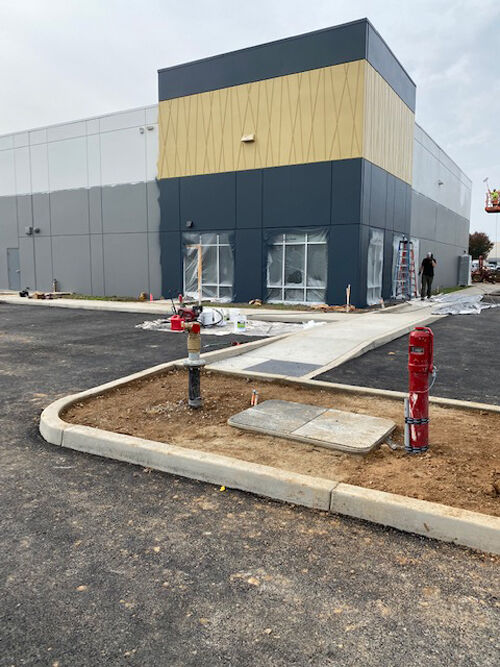 Elk Grove Food Bank Services plans to be fully operational at its permanent home on Kent Street this February.

Volunteers are a vitally essential part of the operations of the Elk Grove Food Bank.

Elk Grove Food Bank Services plans to be fully operational at its permanent home on Kent Street this February.

“It’s almost done,” she said. “We’ve had some delays, because of supply and demand. We were supposed to move in at the end of September (2021). We probably won’t be completely in until the end of February.”

Jachino added that the move to the new site will begin during the mid to latter part of this month.

The food bank’s new home at 9888 Kent St. will replace the currently rented food bank facility on Dino Drive. Featured at the new site are a 9,900-square-foot warehouse and a 4,300-square-foot office building.

Also significant to the project is its 600-foot cold storage room inside the warehouse. The room was made possible through a $60,000 donation from Elk Grove residents Simon L. and Merrilee Lewis Engel.

Jachino told the Citizen that the cost of the overall project is “well over $5 million,” which includes $4 million obtained through the 2019 state budget. Assembly Member Jim Cooper, D-Elk Grove, was instrumental in helping the food bank obtain those funds.

Jachino noted that she led the fundraising effort to raise the remaining funding – beyond the $4 million from the state – to pay for the food bank’s new, permanent home.

The Kent Street property was placed in the food bank’s name in the fall of 2020.

As the project continues to move forward, its warehouse will undergo its final inspection with the city this week, and some tenant improvements in the office building are currently being made.

“The building is absolutely gorgeous,” she said. “When I started (with the food bank) 17 years ago, I had a vision and a mission to find us a permanent home, and just talking about it still, it makes me cry, because I can’t believe every time I go over there that it’s happened. It’s just amazing that we have this permanent home and we’ll be able to meet the needs of so many more people.”

2021 was a challenging year for food bank

Jachino provided an update on the continuing need to feed the food bank’s clients.

“Needless to say that the whole year was challenging, probably even more so than the previous year when COVID(-19) all started,” she said. “Another year has come and gone and it just went so quick, honestly, that we don’t even know what hit us, because of the huge increase (in demand).”

Part of that increase came from those who requested food bank services for the first time in their lives.

Jachino explained why there was an increase in the number of the food bank’s clients from 2020 to 2021.

“I think we’ve become a really diverse community,” she said. “We’re seeing a lot of refugees coming to the food bank, new people. People are still unemployed, people are still struggling with COVID(-19); people are starting to have to pay their utility bills. The rents are due, I believe.

“There are a lot of reasons. Just the economy, inflation. Go to the grocery store, everything has gone up. Gas prices, groceries, utilities are going up.”

Jachino told the Citizen that the food bank served 11,000 people last November. She said that was a record number of people for the food bank for that month.

In reviewing other food bank numbers, Jachino mentioned that in the last six months, this nonprofit organization registered 836 new families, including more than 200 families last October.

Jachino noted that 2021 ended on a positive note.

“The holidays, thanks to the community and all the volunteers and donors who contributed to the season, we got through it,” she said. “We just had an outpour of support from the community and even from outside of Elk Grove. People just rallied together and supported the need. It was astounding the support that we received.”