The Wilton Rancheriaís proposed casino-resort is slated for completion by late 2020. 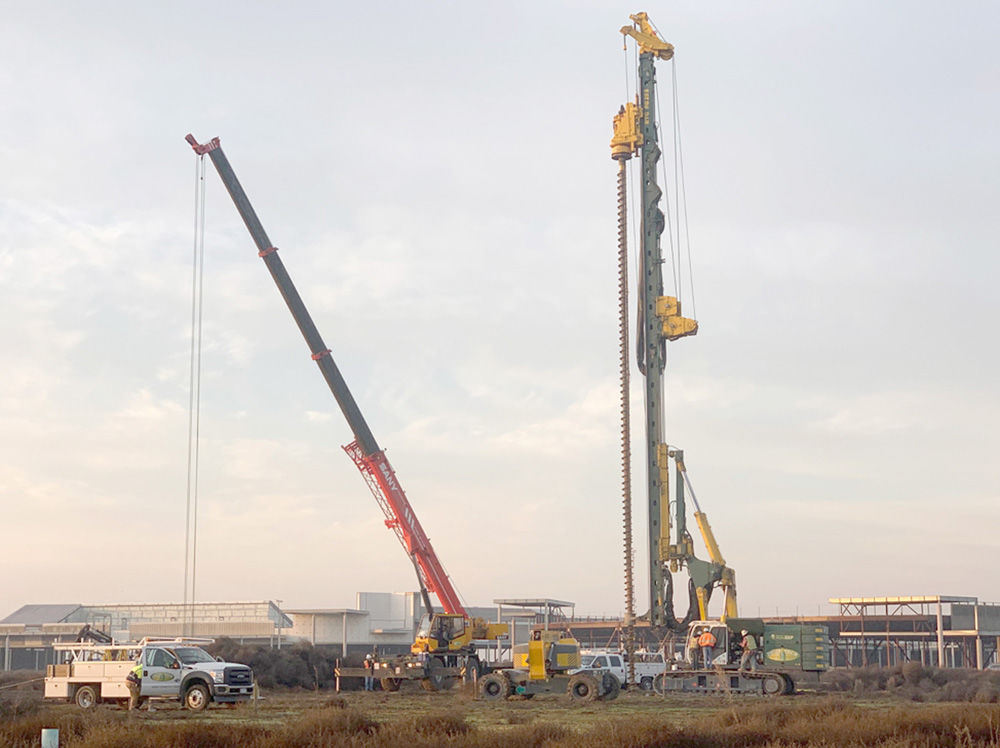 The Wilton Rancheriaís proposed casino-resort is slated for completion by late 2020.

Wilton Rancheria Chairman Raymond Hitchcock this week told the Citizen the tribe is continuing its drive to open a $500 million casino-resort in Elk Grove by the end of next year.

If built, the project would become Sacramento County’s first tribal casino-resort. The project site is located on 35.9 acres at Highway 99 and Kammerer Road. The location neighbors the unfinished Outlet Collection at Elk Grove mall site.

“There’s no definitive date yet, but we’re looking at early 2019 to begin this process, and it’s slated for completion by late 2020,” he said.

He stressed that although the timing of particular project phases may vary, such a schedule would not affect the target date for the project’s completion.

Hitchcock noted that activity on the proposed casino-resort property began on Jan. 2 in preparation for a groundbreaking on the site.

“As planned, we have begun pile load testing as we continue to move the project forward toward construction,” he said.

The tribal chair explained that pile load testing is a process where piles are drilled into the ground to test their bearing capacity prior to groundbreaking and construction.

Hitchcock added that as the project develops, the tribe will provide updates.

“We’ll keep everyone posted on our progress, and plans to break ground on this exciting project, which will create thousands of jobs and tens of millions of dollars in community investments, and which, after decades of struggle, will put our tribe on the path to self-sufficiency,” he said.

Hitchcock described 2018 as “a busy year for the tribe,” in its efforts to open the casino-resort.

One positive development, Hitchcock noted, came last January, when the U.S. Department of Interior published a federal register notice that announced the approval of the Wilton Rancheria’s tribal gaming compact with the state of California. The compact agreement allows the tribe to operate a casino-resort in Elk Grove.

Hitchcock also mentioned a federal judge’s February denial of a lawsuit that attempted to stop land from being placed into a federal trust for the Wilton Rancheria’s casino-resort project.

Three Elk Grove residents and Stand Up for California, an activist group that focuses on gambling issues, filed the lawsuit in January 2017.

They argued that Larry Roberts, a Bureau of Indian Affairs official, was unauthorized to issue the land-into-trust decision for the Wilton Rancheria’s proposed casino-resort.

“(There have been) many assertions that the land was not properly put into trust,” Hitchcock said. “We were 100 percent confident the whole time, and everything was done appropriately and by how the federal government has their processes put up to put land into trust, and it was done accordingly.”

Another highlight for the tribe came in October, when the National Indian Gaming Commission approved a management contract between the Wilton Rancheria and casino company Boyd Gaming.

The Wilton Rancheria also entered into agreements with the city of Elk Grove and the county of Sacramento to invest more than $180 million in the first 20 years of the project. The funding would be used to improve traffic, enhance public safety, assist schools and expand community programs.

Hitchcock said the casino-resort project would be a huge asset for the tribe.

“The potential for what it could do for the tribe is tremendous,” he said. “We (would) have medical and dental facilities not only to provide for our tribal members, but (the) Indian population of the Sacramento area.

“We want to do an elder center and provide services for our tribal elders. We want to explore and expand our educational scholarship programs, and give them opportunities and resources that they’ve never had before.”

Hitchcock said the project is also intended to advance the tribe’s cultural and heritage awareness, and help tribal members become homeowners and find housing they can afford.

The tribe’s chairman also stressed that the project would assist the community.

“We’ve always utilized the resources that the county and city provide, and now we have an opportunity to give back and be a contributing part of the goodwill that these nonprofit organizations have provided not only to ourselves, but others in the area,” he said.

“That gives us an opportunity to be a community leader and somebody that others can also look to for help and assistance.”

Hitchcock expressed disappointment at the recent expiration of the development agreement between the city of Elk Grove and the developer of the long-awaited outlet mall.

“It’s unfortunate that the Howard Hughes Corporation didn’t (complete) the retail outlet collection that they promised the citizens of Elk Grove,” he said. “I don’t know what their current or future plans are for development. That’s between them and the city.

“Our project does not hinge on what they do or don’t do, but we would sure love to see the outlet facility built as promised for the citizens of Elk Grove who had to endure a ghost mall for the last decade-plus.”