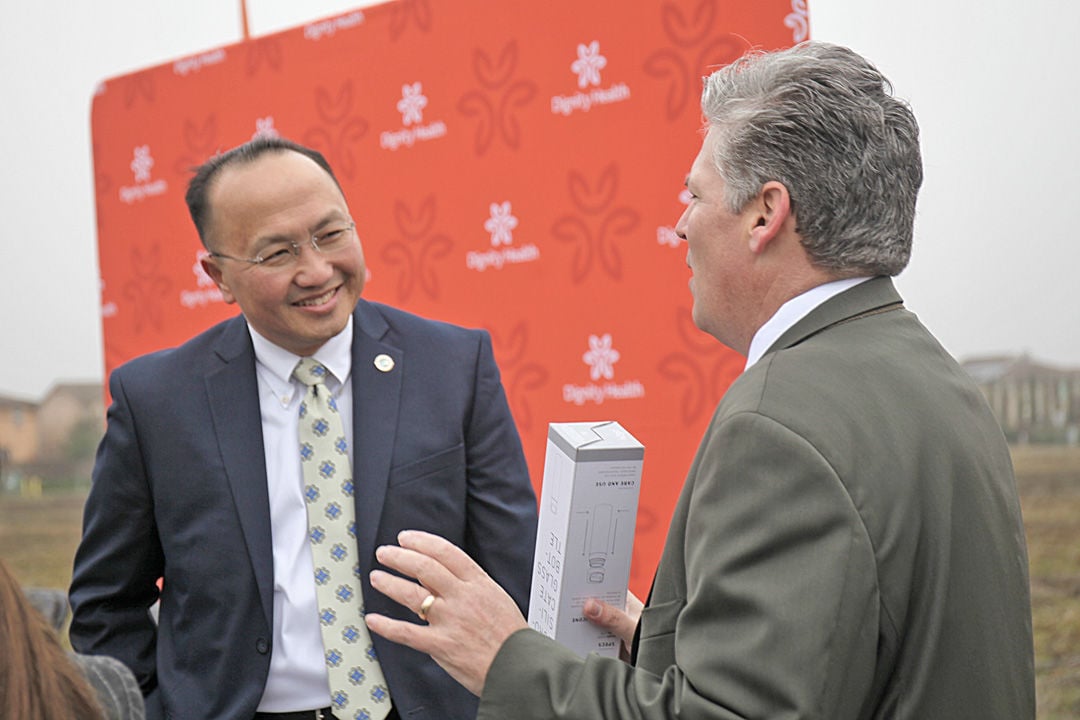 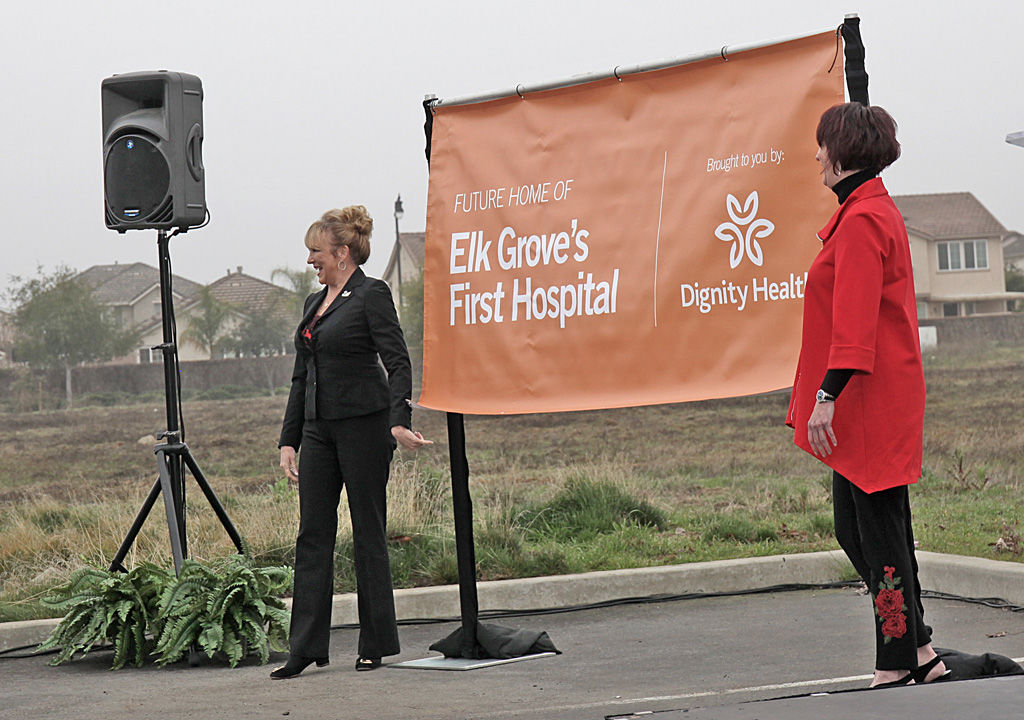 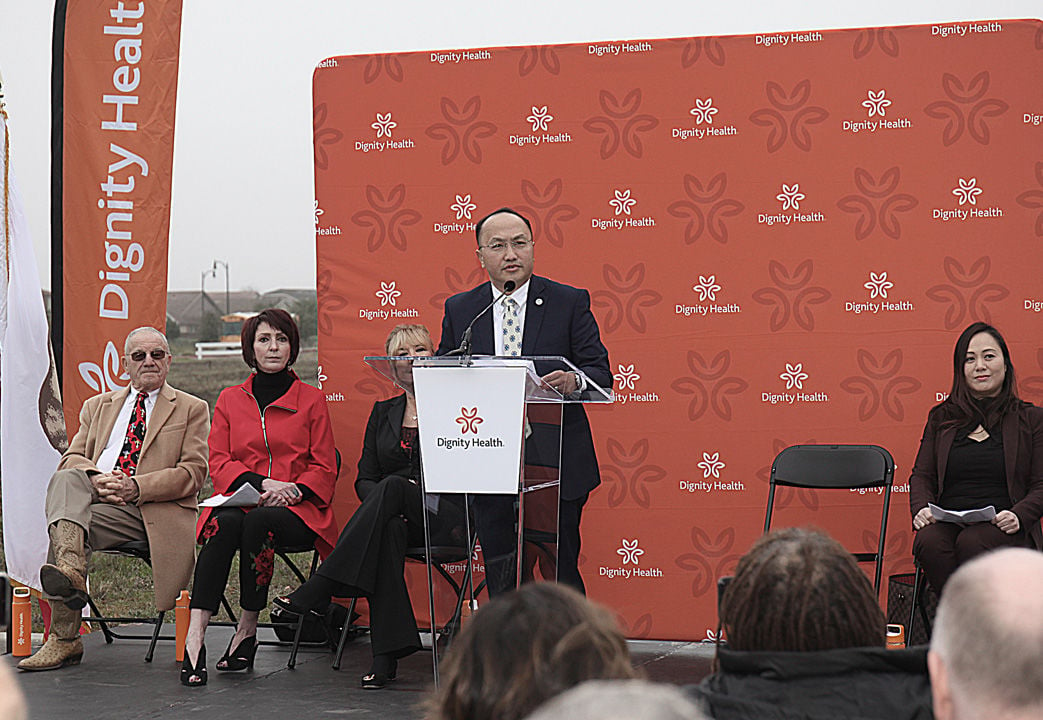 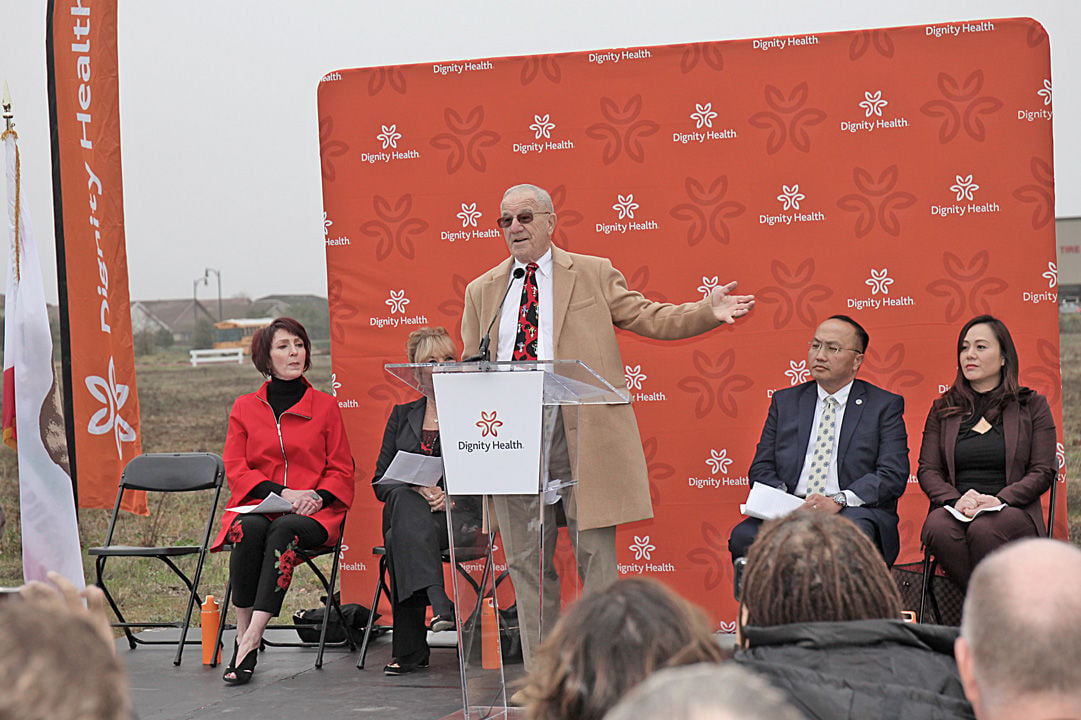 Dignity Health officials on Jan. 8 unveiled details of their plan for their Elk Grove hospital during a public gathering at facility’s future site.

The $320 million hospital, which will be built on Dignity’s 28-acre medical campus on Wymark Drive, south of Elk Grove Boulevard, will replace the current Dignity Health Methodist Hospital of Sacramento. That 47-year-old hospital is located near Cosumnes River College in Sacramento.

During the Jan. 8 unveiling, Methodist Hospital of Sacramento President Phyllis Baltz announced that construction for Elk Grove’s new hospital would begin in 2023, and that the facility’s opening is planned for 2026.

City officials approved the project’s design plan in 2013, and environmental approvals have already been completed.

Dignity’s current hospital plan is smaller than the project that it presented in 2013.

At that time, the city approved a six-story, 456,000-square-foot, 330-bed hospital with a helistop, along with a 500-space parking structure and associated medical office buildings.

Dignity’s current plan is to have a four-story, 200,000-square-foot hospital, with 100 beds, built on its Elk Grove campus, which borders The Ridge shopping center and the Costco Wholesale store.

Seven years ago, Dignity opened a $35 million, 68,190-square-foot, three-story medical office building on the property. It had purchased the property in 2008, when the organization was known as Catholic Healthcare West.

This replacement hospital will offer such services as operating rooms, an intensive care, diagnostic imaging, respiratory therapy, physical therapy and an emergency department.

“Dignity Health continues to demonstrate its commitment to Elk Grove and is an important part of the fabric of this community,” he said. “They know our culture, share our values and have invested the better part of a decade to create a plan for a hospital that we can be proud of.”

“Dignity isn’t coming to Elk Grove,” she said. “They’ve always been here, and we are growing together.”

According to a press release, the current hospital would require significant renovations to meet California’s seismic standards by 2030.

“Dignity Health determined that building a new, acute care facility less than five minutes away from the existing hospital will best serve patients in the years to come,” notes the release.

Baltz mentioned the importance that Dignity’s south Sacramento hospital has had for people in the area.

“Our existing Methodist hospital has met a tremendous community need for the residents of south Sacramento (and) Elk Grove, Galt and Wilton,” she said. “And for over 46 years now, we’ve provided service and are committed to continue that in a very positive way. We’re excited to bring the hospital to Elk Grove.”

Baltz also noted that the future hospital will employ upwards of 1,650 full-time and affiliated medical staff.

Darrell Doan, the city’s economic development director, told the Citizen the hospital will benefit the city in a variety of ways.

“Growing our health care sector is a major part of our economic development strategy,” he said. “This (hospital project) fits right in with that. Health care purposes – it’s needed, and that’s to say nothing of the 1,600 jobs – investment and tax base growth, and filling in this Elk Grove corridor has been a priority of ours.

“This checks so many boxes, as do other health care projects that have been announced or built recently. (It is) good for the economy, absolutely.”

At the conclusion of the event, a banner was presented with the words: “Future home of Elk Grove’s first hospital. Brought to you by Dignity Health.”

Following the event, Baltz affirmed her belief that Dignity will open the city’s first hospital.

She also reiterated a statement she made to the Citizen on Dec. 3 that she does not believe that California Northstate University (CNU) can build its proposed, $750 million teaching hospital in Elk Grove by its announced target year of 2022.

“Really what I can say is what all the national standards and experience of California hospitals is it’s usually a seven- to 10-year process from the time you make the decision to build a hospital,” she said.

CNU spokesperson Brian Holloway told the Citizen on Jan. 8 that the university still plans to open the facility in 2022.

“We are focused on completing our medical center and teaching hospital project according to our timeline,” he said. “Elk Grove is a growing community with health care demands that will require new medical facilities well into the future.

“We appreciate Dignity’s interest in building a replacement hospital and the challenges they face in serving their current patient base.”

As one of the nation’s largest health care systems, Dignity has more than 30 major hospital campuses throughout the state.