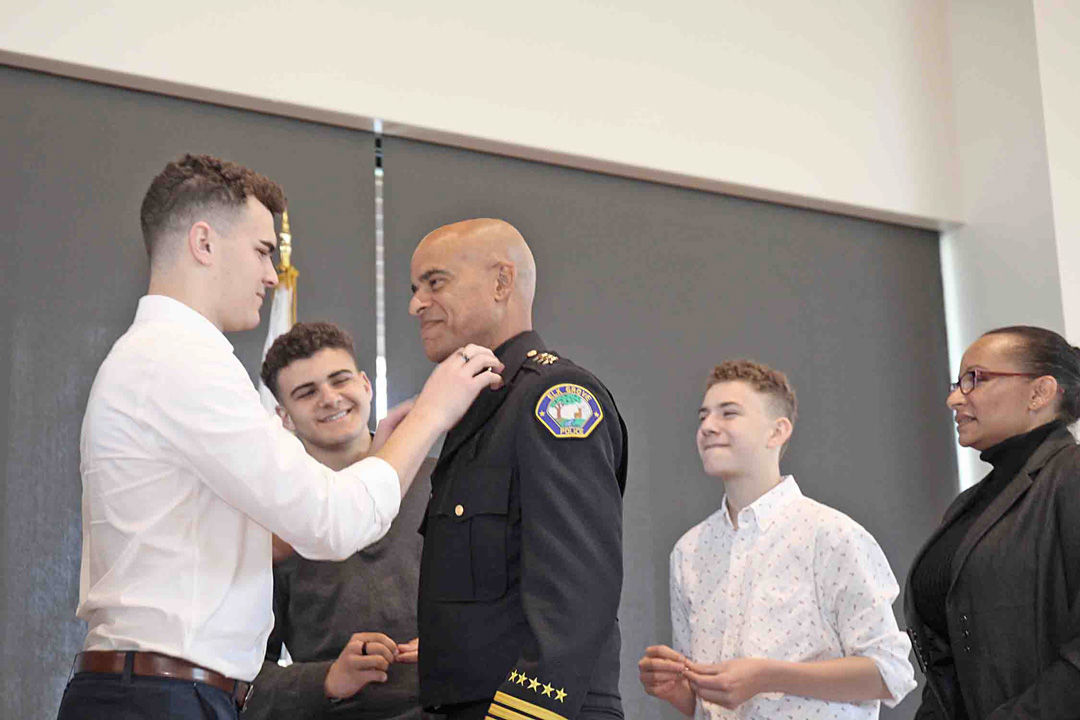 Bobby Davis’ sons pin stars on his uniform during his swearing-in ceremony. 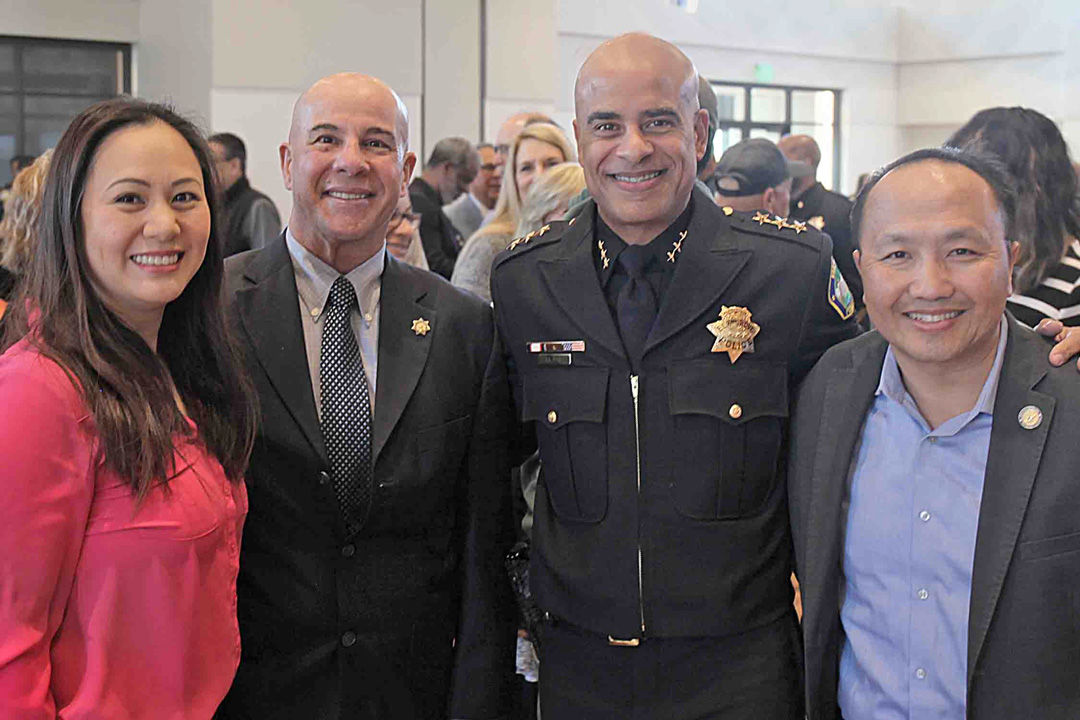 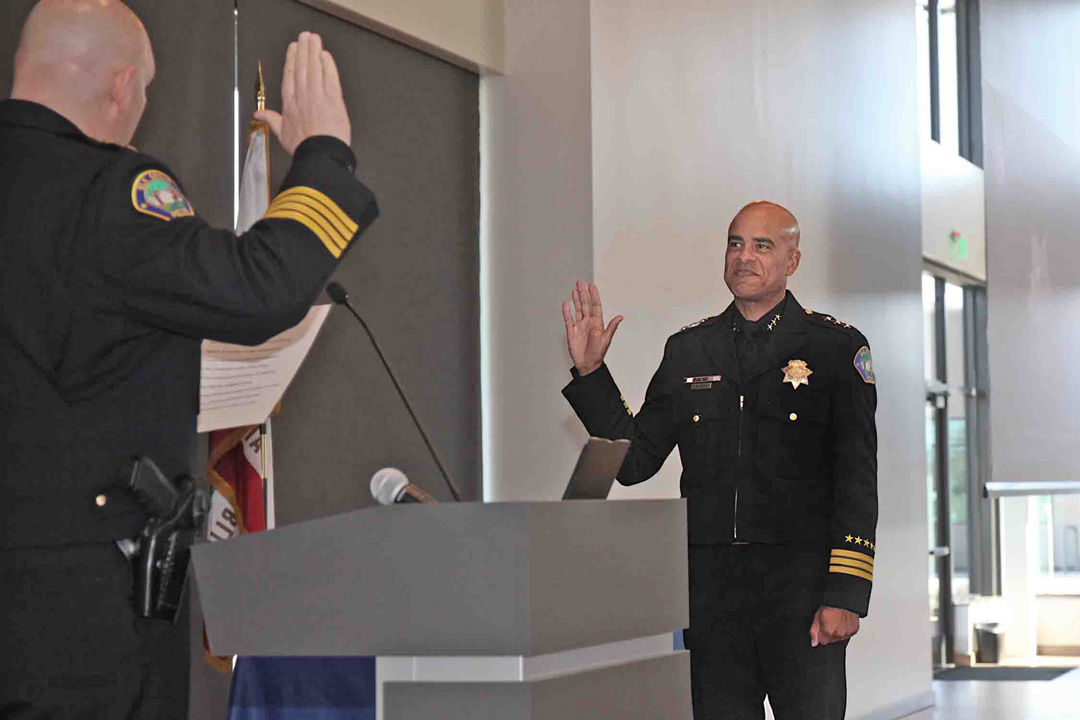 Bobby Davis’ sons pin stars on his uniform during his swearing-in ceremony.

He introduced the Elk Grove police’s new assistant police chief during a March 2 swearing-in ceremony at The Center at District56.

“You’re going to see the Elk Grove family that’s here in droves to support you and welcome you in our family,” Albright said.

Davis emotionally paused to compose himself when he thanked the sheriff’s department after ending his 24 years of work with them. Sacramento County Sheriff Scott Jones and former sheriff, Lou Blanas watched him.

Davis previously served in the Elk Grove community as a patrol deputy and an investigator when the city of Elk Grove had a police services contract with the sheriff’s department.

He was long known by his professional name of R.L. Davis when he worked in the sheriff’s department. The new assistant police chief now wants people to simply refer to him as Bobby Davis.

“I will never introduce myself as ‘chief’ or ‘Assistant Chief Bobby Davis’” Davis told the Elk Grove police staff in the audience. “My name is Bobby Davis.”

Davis was among 25 candidates from across the United States during the city’s six-month search for a new assistant police chief. When he became a finalist, he was interviewed by three panels that included community members, police chiefs, and police staff members, Albright explained.

“In every single one of those panels, overwhelmingly Bobby was the number one choice,” the police chief said.

After the panel interviews, Davis met with Albright and Elk Grove City Manager Jason Behrmann who wanted to know if he could fit into the Elk Grove police.

“He made our decision incredibly easy,” Albright said.

The police chief mentioned that Davis recalled that one of the proudest moments of his career was when he notified his father about the 2018 arrest of Joseph DeAngelo who is suspected of being the East Area Rapist who terrorized communities across California during the 1970s and 80s.

His father is a retired Sacramento police sergeant who worked on the East Area Rapist case a few decades ago. Davis later oversaw the sheriff’s department’s recent investigation of the same case.

During his speech, Davis praised his family in the audience.

“My compass is from you, I will never be able to properly pay it back, but I what I will do is pay it forward,” he said.

“If I do my job right, I’m going to make sure that the police chief has the opportunity to go out in the community and spend more time doing what a police chief should be doing,” he told the Citizen.

Davis noted that he is not there to change the department.

“That’s not what I do,” he said during his interview. “I want to become a part of this (police department) and a part of who they are.”