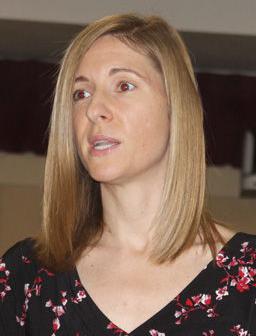 Sarah Bontrager, the city’s housing and public services manager, speaks on the issue of affordable housing needs in Elk Grove. 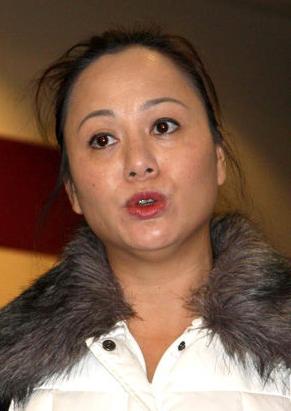 Sarah Bontrager, the city’s housing and public services manager, speaks on the issue of affordable housing needs in Elk Grove.

Elk Grove City Council Member Stephanie Nguyen on Dec. 8 held a community meeting on affordable housing with a group of her District 4 constituents.

“Affordable housing” is subsidized housing that is designed to be affordable to those on low or medium incomes.

The city is not alone in its current affordable housing deficiency. In his State of the State address in February, Gov. Gavin Newsom addressed the overall issue, noting that the shortage has left 61 percent of young adults in California in a situation in which they cannot afford a home in their own state.

The project is known as the Gardens at Quail Run, and monthly rents will range from $400 to $1,200, depending on income levels and the number of rooms rented.

“We had some community members that were interested in getting some questions answered regarding it, and so, one of the things I wanted to make sure is we had all the information,” Nguyen said.

However, the council member mentioned that full details of this affordable housing plan are not yet available.

“We don’t know what the developer (the Idaho-based Pacific West Communities, Inc.) is necessarily going to do,” she said. “There (are) no final plans that have been sent to us.

“What they’re hoping to do is to break ground in early 2020, but they’ll have to send over to us what their plans are, and they haven’t decided what (those plans) are yet. Early 2020 is anywhere between January to what, April, May? So, that is the plan.”

“We welcome them, but we just want to make sure that they are well spread out across our city.”

Among the affordable housing projects currently operating in Elk Grove are the Bow Street Apartments and the Avery Gardens Apartments.

With pressure to meet District 4 constituents’ request for a meeting before the end of this year, Nguyen secured a Sunday morning meeting in the City Council chamber.

Nguyen told the Citizen that the meeting was also important for better educating people in her district regarding general details about affordable housing.

The council member mentioned that as an informational meeting, it was important to dispel any misinformation about affordable housing.

As for Elk Grove’s current affordable housing deficiency, Bontrager noted that the city is obligated to zone property for the construction of about 4,200 low-income housing units.

“For those 4,200 units, we will need to have land zones at up to 30 units to the acre to accommodate those households,” she said. “It does not mean that the city actually has to build those units.

“Many of them will not get built, but the zoning process suggests that if a developer wanted to come in to build affordable housing, they would have land options in the city that they could look at to do that.”

Bontrager explained that Elk Grove is already home to some affordable housing, and that those places do not have the appearance of how many people envision such housing.

She also mentioned that there is a misconception that people who live in affordable housing do not work. She noted that the majority of those tenants are employed, but pay lower rents than the majority of other housing tenants pay in the city.

“The state is providing some new funding for affordable housing, but they are not forcing the building of it,” she said. “The housing element and the zoning process does not actually fund housing. You have to zone the land.

“I see some major changes at the state. I don’t see the state actually forcing us to build, because the state does not have the money to back that up.”

She additionally commented on Gardens at Quail Run.

“(The developer is) still exploring several options for the property, and that they’re not sure what direction they’re going to go yet,” Bontrager said. “They’re looking at things. They’re going to try to do whatever is financially feasible on it.

“Often they will apply for a funding source and it may take a while for that to get awarded. Sometimes they have to apply multiple times. For the Quail Run project, they had to apply twice for that project to get funded.”

Bontrager mentioned that the city will know the direction the developer desires to take once building permits are issued.

“I don’t see (permits being issued) within the next year,” she said.

In dispelling a rumor that the property would be used for a homeless shelter, Bontrager noted that the site is not zoned for such a use.

“I don’t see (city) staff supporting that (use), honestly,” she said. “That’s not a good location for a homeless shelter. However, they could build permanent supportive housing. It’s a permanent housing solution for homeless people. So, the supportive part of it is that there’s a lot of services people get when they live in those projects.”

Among the attendees of the meeting was Linda Hargan, a more than 30-year Elk Grove resident who currently lives in the Glenbrooke neighborhood.

Hargan stressed her desire for fair and equitable housing growth within the city.

“It has to be fair and equitable as far as the distribution of low-income and sustainable housing,” she said. “So, District 4 is overly impacted, because we have so much open land, and the zoning reflects that. We have to insist that the rest of the city absorbs and finds places for the same kind of services and facilities.

“I’m just (interested in seeing) how the community develops from here on out and what impacts us going forward.”

Hargan added that she was pleased with her representative’s willingness to hold meetings on affordable housing in District 4.

Nguyen told the Citizen that she plans to hold a future District 4 meeting, featuring whatever other details are available on affordable housing, in general, and the Gardens at Quail Run project.

“Hopefully, we can have (a meeting) in April that will give us updated information, but we’ll also have more clarity of where we’re at on things,” she said. “But also, we’re taking a look at all of this as a city in that what can we do and where else can we put this in the city.”