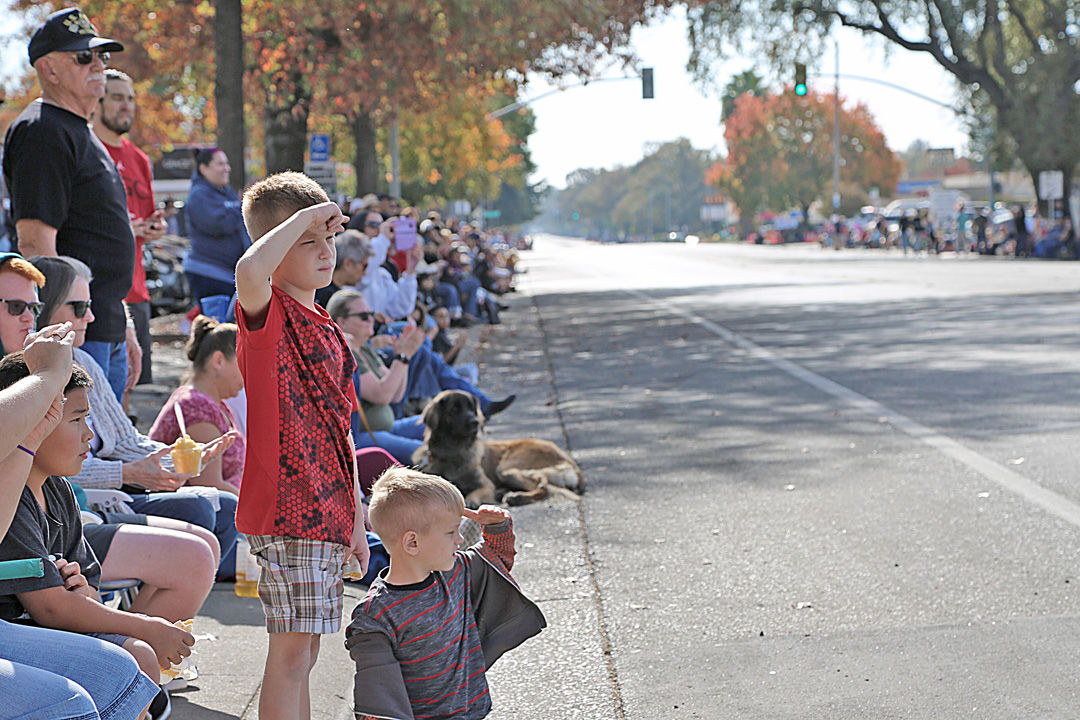 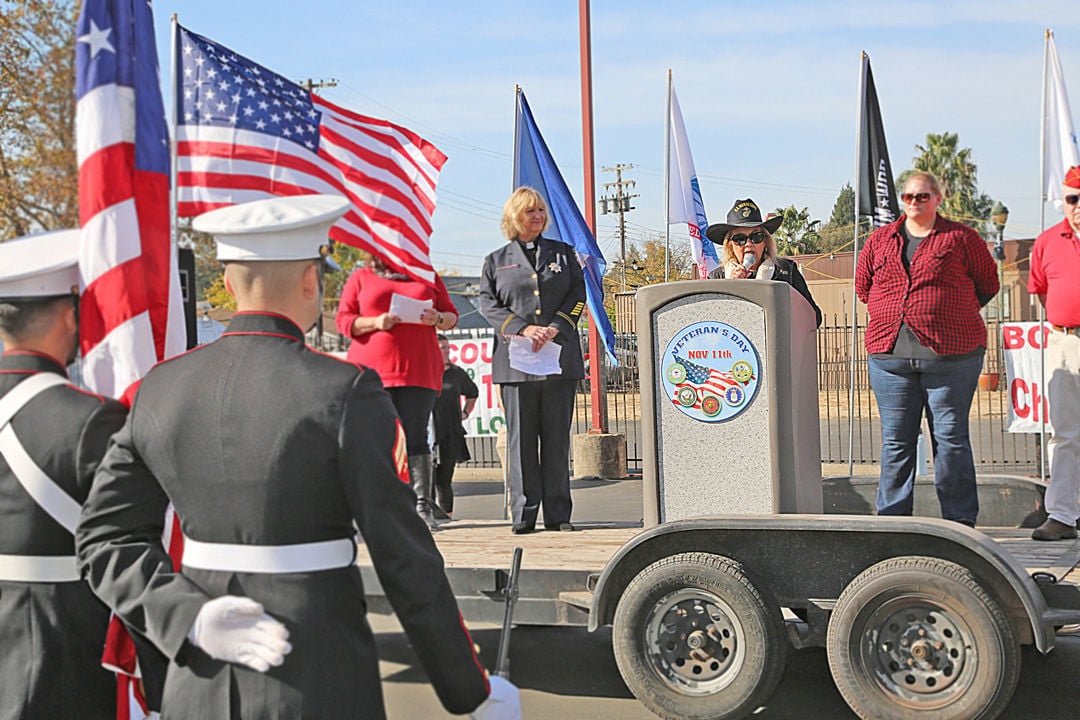 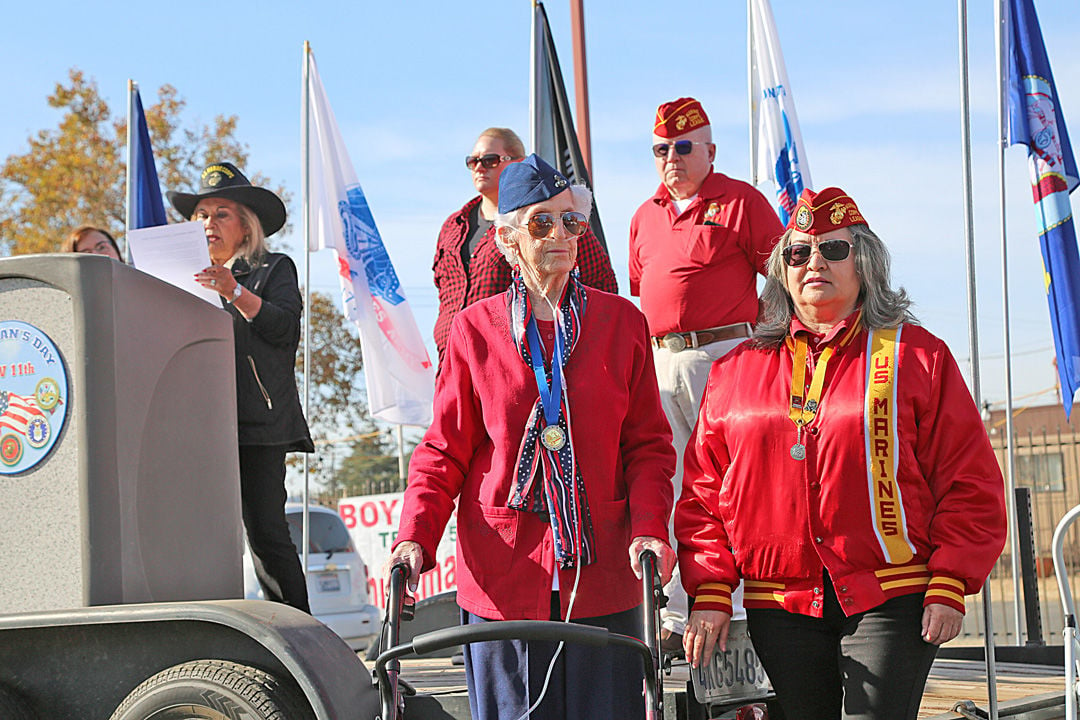 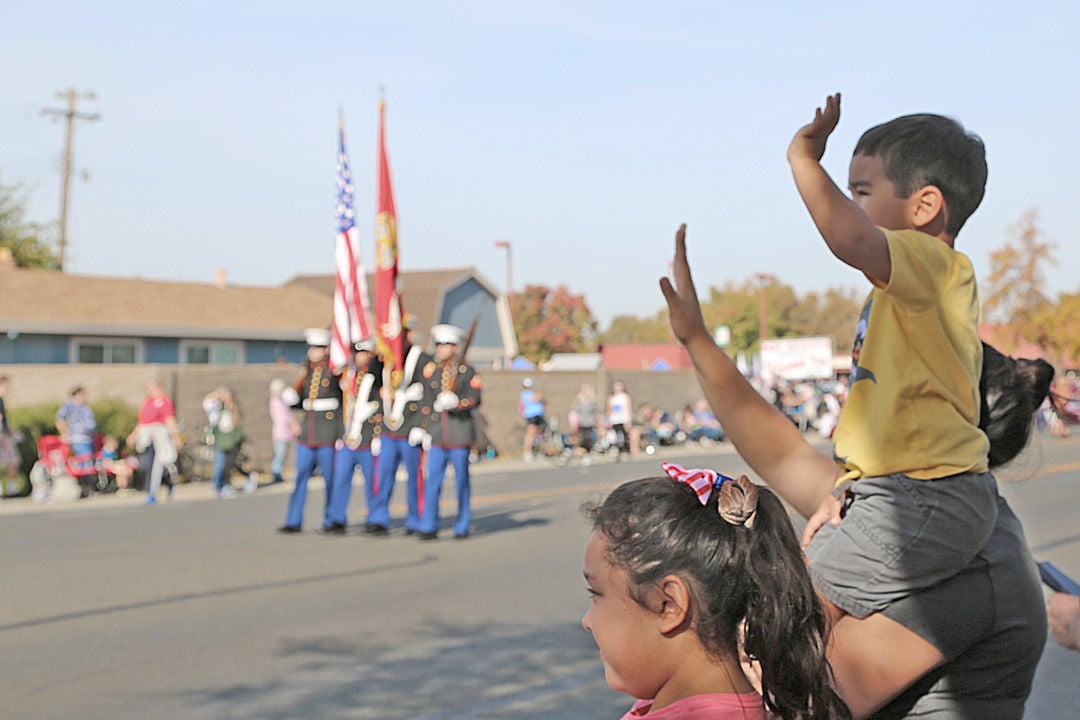 Elk Grove’s Veterans Day Parade made its return to the city’s streets on Nov. 11, after being canceled for the first time last year.

The cancellation came as a result of poor air quality caused by Butte County’s 153,000-acre Camp Fire, which was the deadliest and most destructive wildfire in the state’s history.

Sophia Scherman, a longtime Veterans Day parade organizer, said that, despite the disappointment with having to cancel last year’s parade, she was pleased with the many parade entries and the attendance at this year’s parade.

“All I can say is ‘God bless America and God bless you folks in Elk Grove who have come out and supported the veterans,’” she said at the parade’s opening ceremony. “It means a lot to them...Next year is going to be our 20th (anniversary) and you wait for a big deal.”

During that ceremony, the 18-year-old tradition of reading the names of local veterans continued.

More than 600 names of mostly Elk Grove veterans were read from the flatbed trailer, which served as a stage in the parking lot of the Elk Grove Shopping Center.

Also returning was the posting of colors, which Scherman referred to as the “highlight of the event.”

Following the ceremony, the procession made its way from the shopping center, traveling southbound on Elk Grove-Florin Road to Elk Grove Regional Park.

Gabriel, who turned 100 years old last July, and was stationed in San Francisco during World War II, spoke about serving as a grand marshal.

”I can’t say enough,” she said. “I’m speechless. It’s wonderful. I used to (participate in the Veterans Day) parade in Sacramento, but I never got into the grand marshal’s car.”

Gamboa, who served as a Marine from April 1985 to November 1989, also commented on being honored as a grand marshal of the parade.

“I’m very humbled to be honored, but I’m also very proud to be a female veteran,” she said. “For the most part, veterans are mostly males. So, I’m just very proud and I’m very happy to be able to still help out all of our veterans.”

“The thing about Elk Grove is we are a community that celebrates our veterans, and this is one of those opportunities in which residents will come out and just acknowledge the fact that we live in a country that embraces freedom and democracy,” he said.

“This (parade) is the least we can do, but clearly every year it’s pretty evident that our community embraces the veterans.”

“(Honoring veterans) is certainly important on Veterans Day, but any day of the year (is essential) to recognize the sacrifice and the courage and the commitment of those who serve us currently, but certainly those who have served us throughout the generations in this country,” he said.

During the parade, several local residents told the Citizen about their own military service and/or the service of members of their own families.

Elk Grove resident Jody Benedict, who attended the event with her daughter-in-law, Colleen Morrison, said that her son, Scott, served in the U.S. Army during the 1990s.

Benedict added that her father would have served in World War II, had it not been for the job he held.

“He was what was called ‘frozen on the job,’” she said. “He had a job that they considered essential, so he wasn’t in the military. And they weren’t even allowed to get defense jobs that paid well. They had to stay on their low-paying (jobs).”

Another Elk Grove resident Pilar Aguayo noted that she had cousins and nephews from San Diego to Yuma, Arizona, who served in the military.

Dean William Trafton, a 1985 graduate of Elk Grove High School, recalled both his service and his father’s military service.

“I was aboard an aircraft carrier – USS Theodore Roosevelt, CVN-71 – stationed out of Norfolk, Virginia,” he said. “I served from 1985 to 1989. I got to travel all over the world from Spain to Italy to Monaco, Morocco, Turkey, Egypt.”

“My father served in the U.S. Navy right after World War II.”

Jerry Noss spoke about his serving in the Army during the Vietnam War.

Brandon recalled his father’s service in the Marines from 1967 to 1969.

“Marlin joined right out of high school,” he said. “He was undrafted and joined on his own.

“My dad took a lot of pride in being a veteran and being a Marine, and he stood for a lot and he sacrificed a lot,” Brandon continued. “His dad was a World War II veteran. He drove tanks for Gen. (George S.) Patton. And his dad’s dad was in World War I.”