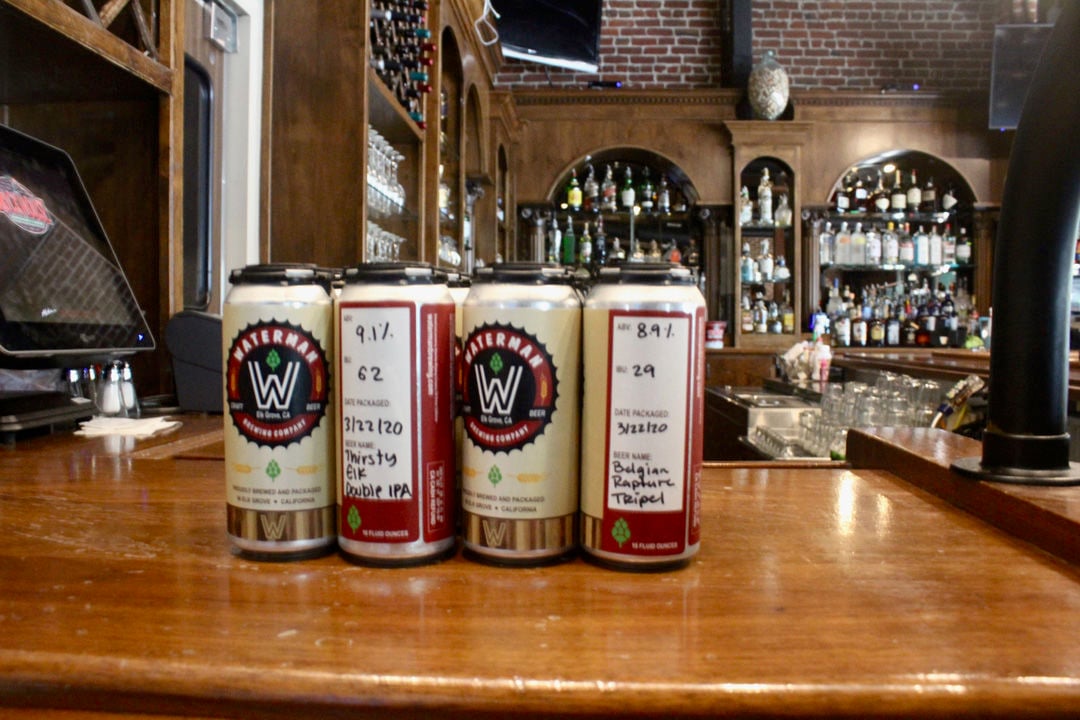 Beers from Waterman Brewing Company will be on offer at Brick House’s partnership. 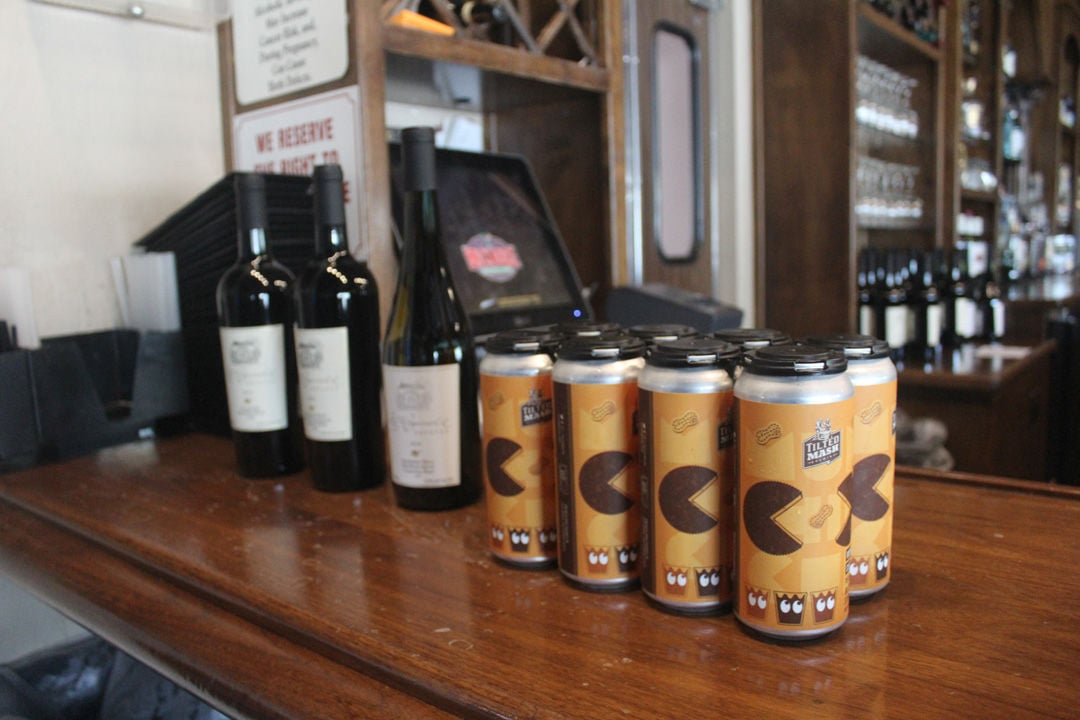 Wine from McConnell Estates Winery and beer from Tilted Mash Brewing will be sold at Brick House’s partnership. 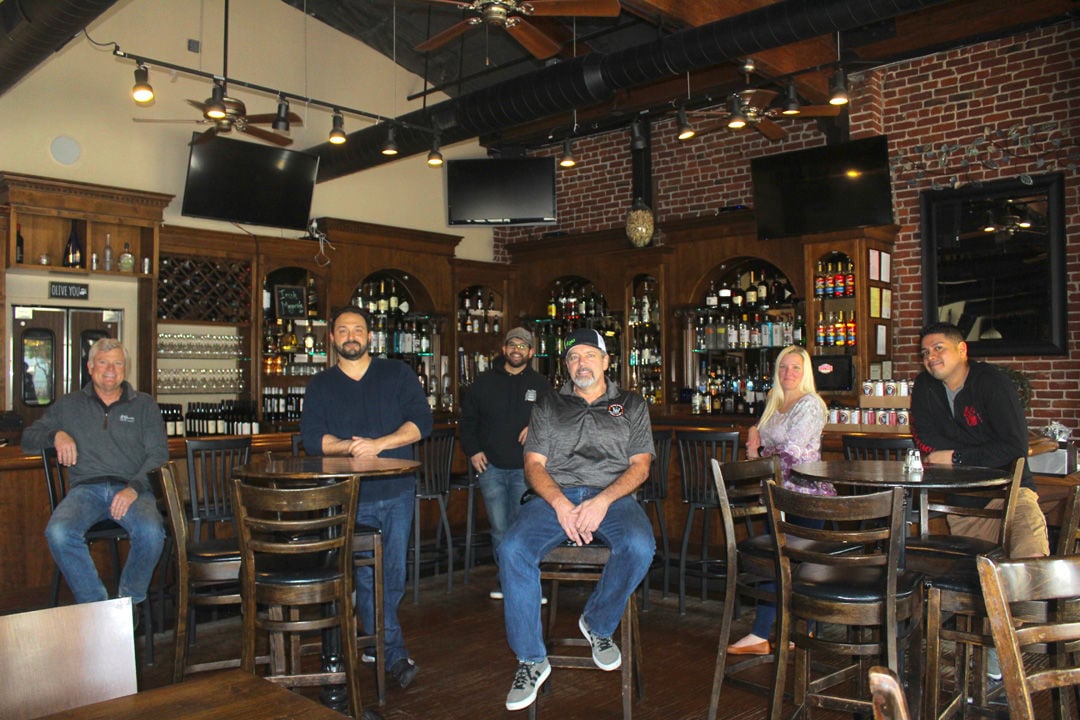 Beers from Waterman Brewing Company will be on offer at Brick House’s partnership.

Wine from McConnell Estates Winery and beer from Tilted Mash Brewing will be sold at Brick House’s partnership.

Restaurant dining rooms sit empty and many people are staying home as California tries to slow the spread of the novel coronavirus (COVID-19). However, several Elk Grove restaurateurs are still offering new ways for community members to support them.

The Citizen interviewed owners of restaurants Baguettes Deli, Boulevard Bistro, and the Brick House Restaurant & Lounge. They spoke about how their businesses have been affected by the outbreak and how community members can still order food from them.

All of the eateries are offering food for pick-up, and some also have delivery options, either directly or through an app like DoorDash or Grubhub.

Journey to the Dumpling, a Chinese restaurant that’s famous for its soup-filled dumplings, announced they will close after March 27, with the intention to reopen once conditions are safer.

The pivot to takeout began in earnest last week, when California Gov. Gavin Newsom at first requested that restaurants cease dine-in service. Then, on March 19, Newsom issued a formal stay-at-home order that only allows restaurants to offer to-go or delivery services.

Brick House Restaurant & Lounge has teamed up with several local businesses at its locations in Elk Grove and Lodi to create one-stop shops for its patrons.

On March 24, after press time, the Elk Grove location was scheduled to begin selling beers from the Tilted Mash Brewing and the Waterman Brewing Company; wines from McConnell Estates Winery; and mini-cupcakes from Above & Beyond Cakes.

Brick House planned to offer its own family-style meals at both locations. Those who order from three or more participating businesses get a 10% discount.

“The idea is, we want to bring in a lot of local businesses into one restaurant, and I’ll actually kind of co-op our business,” Brick House co-owner Geno Cassella said on March 21.

To minimize the number of people in one place, customers are encouraged to pay for orders over the phone, and that all food and drink orders will be set up ahead of time in the store. Brick House posted menus on its Facebook pages.

Boulevard Bistro started serving only takeout on March 18. Owner and chef Brett Bohlmann said the restaurant has sold out “pretty much every night” since then.

Customers are also keeping his employees in mind by leaving generous tips, he said in a phone interview.

“The community — they’re just helping small business, and I’m so appreciative,” Bohlmann said. “And the community is just really coming through. It’s wonderful to see.”

Boulevard Bistro’s main menu offering is a $60 dinner for four, with a different set of dishes each night. The dishes are announced on the restaurant’s Facebook page. The restaurant is also offering bottles off its wine list at 35% off.

The Boulevard Bistro is at 8941 Elk Grove Blvd. in Old Town. They can be visited online at http://blvdbistro.com.

Baguettes Deli is offering soups, sandwiches and bread for pick-up. Owner and chef Paula Hunley said bread orders should be called in with a day’s notice.

Hunley encouraged community members to buy from small businesses like hers.

“If you’re going to order food, order from us,” she said. “(It’s) because it pays our house payment, and it puts food on our table. If not, we’ll probably have to go out of business.”

Baguettes Deli is at 9380 Elk Grove-Florin Road. They can be visited online at https://baguettesdeli.com/.

Former Elk Grove mayor, Gary Davis posted a directory of Elk Grove restaurants that are offering to-go or delivery services. The list can be viewed at http://MayorGaryDavis.com.

State and Sacramento County officials called for breweries to stop pouring beer for customers at their taprooms during the coronavirus situation. However, they are still allowed to sell bottles and cans to-go, and they can also deliver beer to customers.

Here’s a look at how Elk Grove’s four craft breweries adapted to this new rule:

Dreaming Dog Brewing Company: This Stonelake area brewery is offering a drive-up beer service Thursdays through Mondays, between 3-7 p.m. They are selling growlers, and 4 and 6-packs of bottles as well as brewery merchandise, gift cards, and doggie treats.

Flatland Brewing Company: Flatland, a brewery that’s well-known for their award-winning beers and unusual concoctions, invites customers to preorder ales online and then pick them up at their brewery. They prefer online preorders as a safety measure for the staff. Co-owner Andrew Mohsenzadegan noted they recently released Dancin’ Shoes, a double IPA brewed with Samba hops.

Tilted Mash Brewing: This brewery, which is a neighbor of the city’s animal shelter, welcomes customers to order beer for pick-up. They will be open on weekdays from 3-8 p.m., and weekends from 12-7 p.m. The Tilted Mash staff will also deliver beer to customers within Sacramento County.