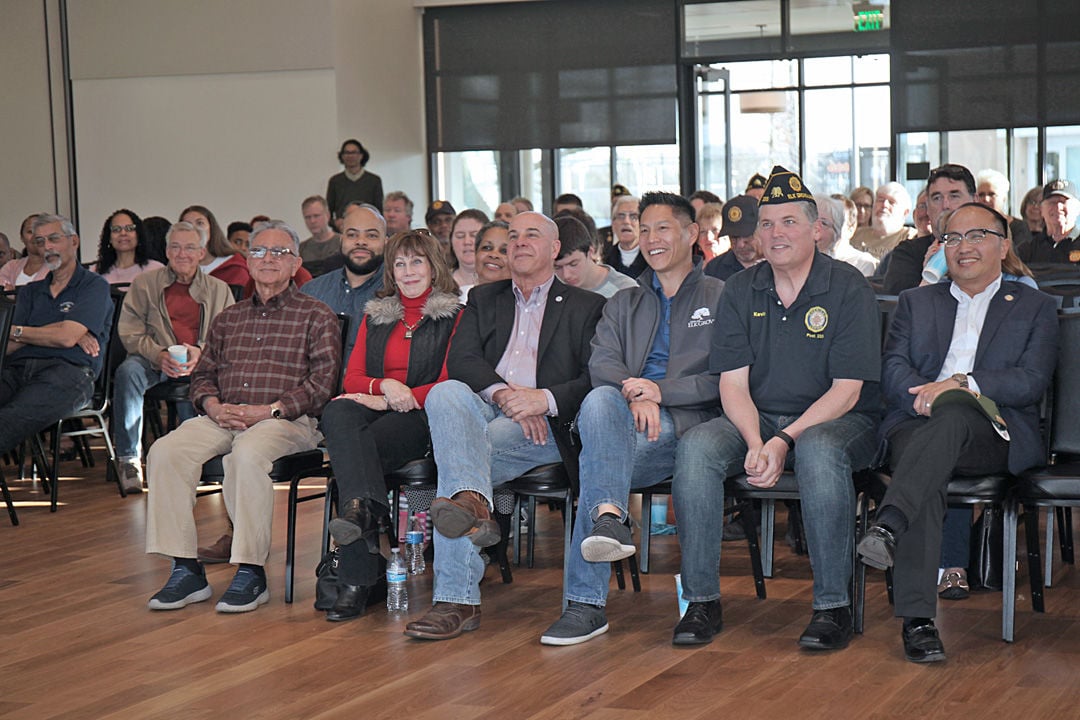 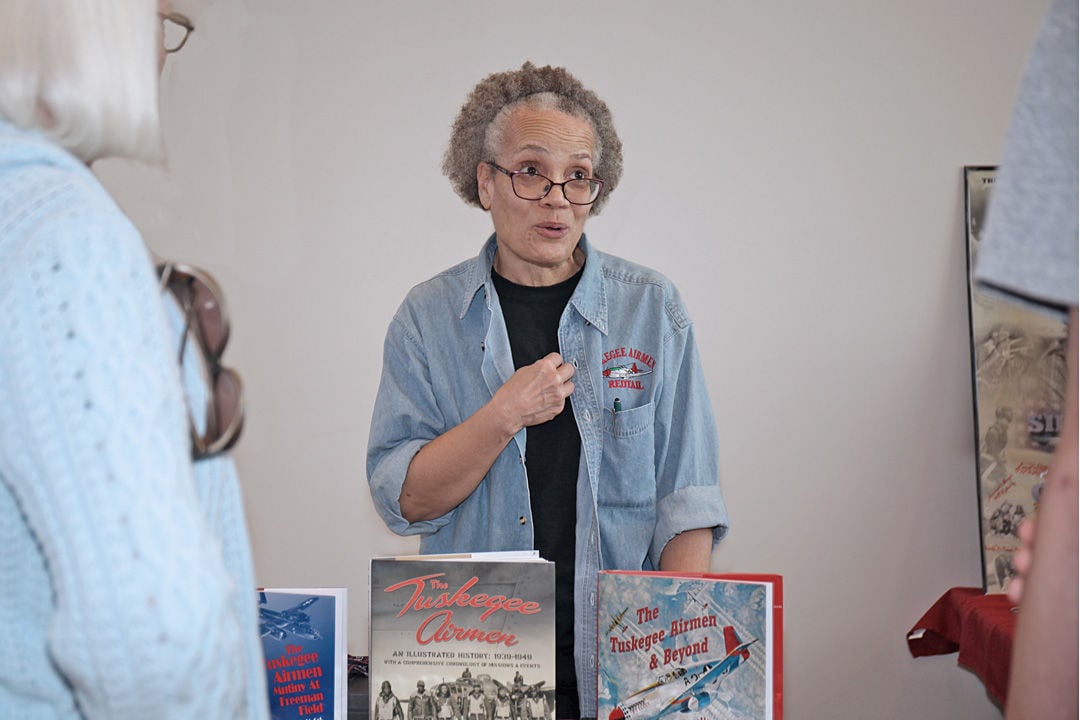 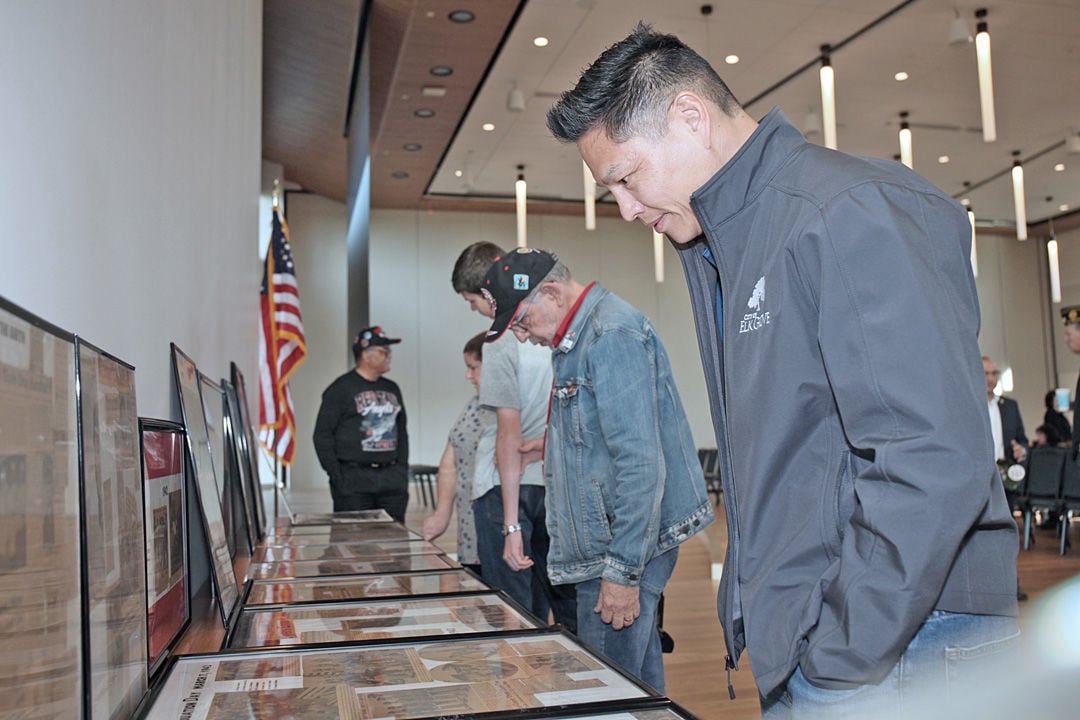 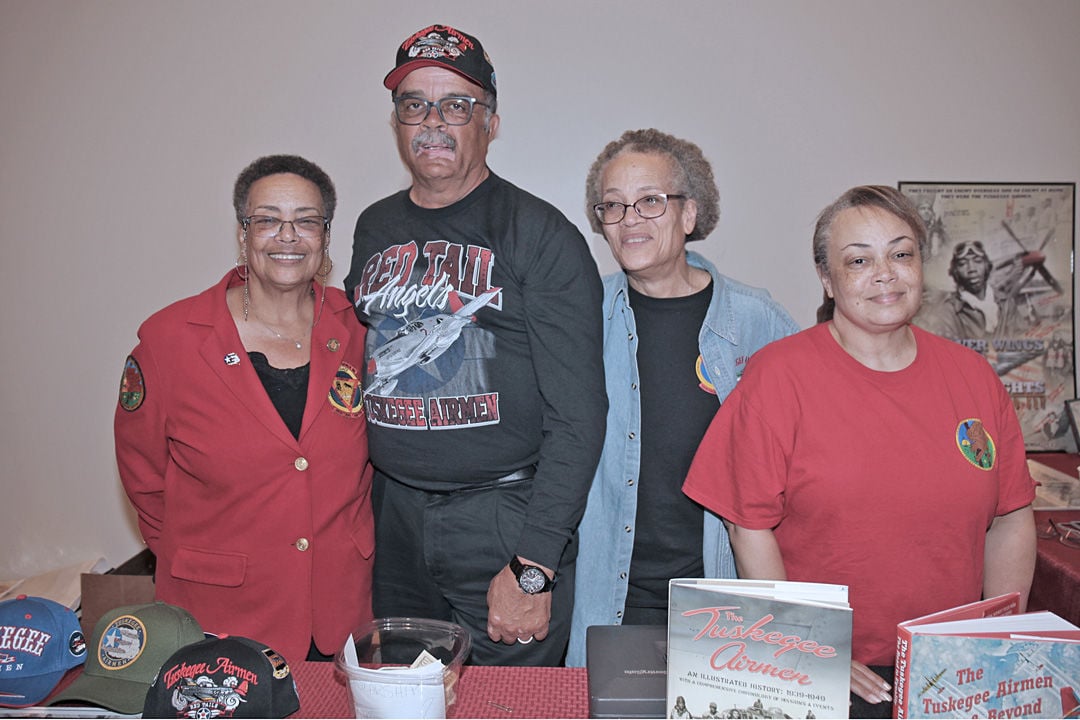 Elk Grove’s American Legion Post 233 on Feb.15 hosted a presentation on the Tuskegee Airmen at the city of Elk Grove’s new Veterans Hall at District56.

Lanelle Roberts-Brent and Rev. Roger Gray, whose fathers were Tuskegee Airmen, shared the story of the first group of African American military aviators in the U.S. armed forces. They described a history of servicemembers resisting racist leadership and policies in order to defend their country during World War II.

Gray is the son of the late Lt. Col. Leo Gray. Roberts-Brent and her sisters, Michalyn Green and Leigh Roberts, are the daughters of the late Col. George S. “Spanky” Roberts. All four are members of the Sacramento Tuskegee Airmen Heritage Chapter and visit schools and other groups in the region to share the story of the history-making aviators.

“Everyone who was part of the program — no matter what their job, rank or anything else, white and black, men and women — were considered Tuskegee Airmen,” she said. “Out of those 16,000, there were 992, I believe, who went into the pilot training program at Tuskegee. Out of that, the 666 that went overseas are known as the Red Tails.”

The training of black pilots began after advocacy by the NAACP and the African American press, but, Roberts-Brent said, “the program was designed to fail.”

To qualify for the program, black applicants had to have a four-year college degree, while their white counterparts only needed a two-year degree, Roberts-Brent said. Thanks to the historically black colleges and universities founded after the Civil War, “hundreds” of men and women were able to apply.

When the first black cadets arrived at Moton Field near Tuskegee Institute (now Tuskegee University) in 1941, they didn’t find the makings of an U.S. Air Force pilot training facility.

“There was absolutely nothing there. It was just a field of Alabama red clay,” Roberts-Brent said. “There were no barracks. There wasn’t even an airstrip. It was a farmer’s old airfield that he leased to the university for the cadets to use.”

The cadets lived in tents until permanent buildings were constructed. The speakers said the airmen dealt with many other hardships and slights, including racist slurs, arbitrary termination and denial of resources.

“The problem with the program was, nobody told them they weren’t supposed to succeed,” Roberts-Brent said. “So they were there to do what they had to do, and they succeeded beyond their wildest dreams.”

When the airmen were assigned missions escorting bombers over Germany, they set a record for the fewest bombers lost to enemy fighters, Roberts-Brent said.

Elk Grove City Council Member Darren Suen had a hand in arranging the presentation. He knows Michalyn Green through his work at the California Central Valley Flood Protection Board and he told Commander Larry Sarota of Elk Grove’s American Legion post about her connection to the Tuskegee Airmen.

“It makes me happy to be able to be a part of something that could bring the community together,” Suen said.

Suen, whose family originally emigrated from China, emphasized the contributions of the U.S.’s different ethnic groups and drew parallels to the Chinese-American experience.

“You have just all these things tugging at us - from fighting for equal rights here, but at the same time defending the country or contributing to the country’s economy or public safety,” he said.

After the presentation, Roberts-Brent told the Citizen she wants audiences at her talks to understand that the story of the Tuskegee Airmen doesn’t just apply to African Americans.

“This is not black history; this is American history,” she said. “The Germans asked them: ‘Why are you over here fighting for a country that doesn’t want you?’ And everybody would answer: ‘Because this is our country.’”