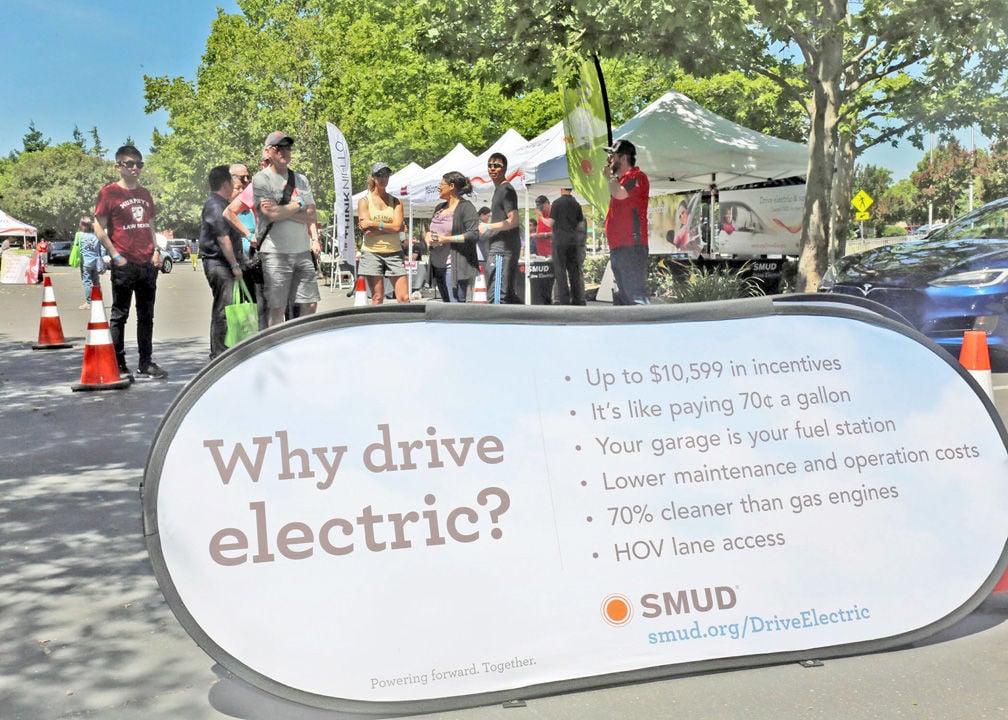 SMUD lists the benefits of owning an electric vehicle. 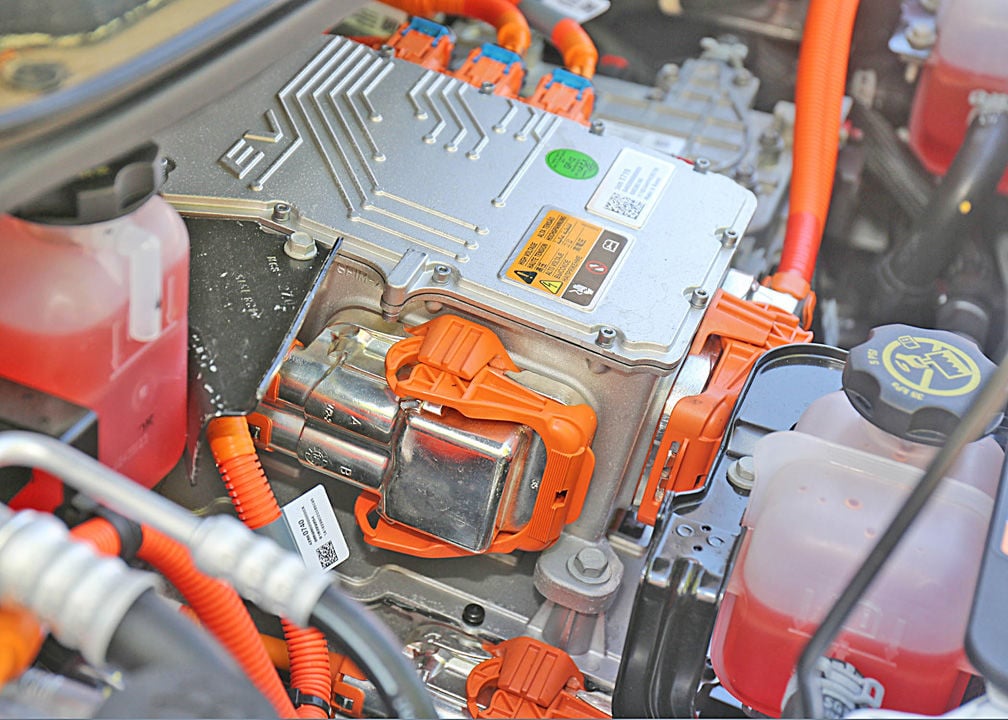 A closer look at an electric car’s engine. 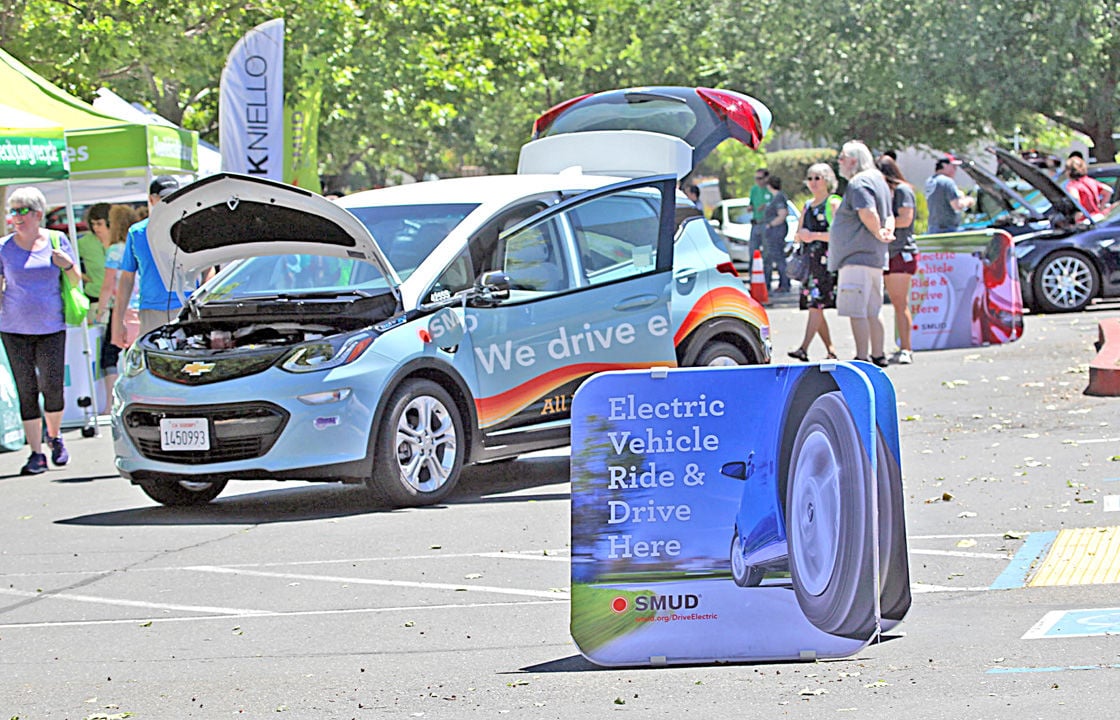 Several electric vehicles are displayed at the ‘Tacos and Test Drives’ event.

SMUD lists the benefits of owning an electric vehicle.

A closer look at an electric car’s engine.

Several electric vehicles are displayed at the ‘Tacos and Test Drives’ event.

Working to get the word out about electric vehicles, SMUD in partnership with the city of Elk Grove, held a “Tacos and Test Drives” event outside Elk Grove City Hall on June 8.

Attendees got to test-drive (or, if they preferred, test-ride) electric vehicles from Audi, BMW, Chevrolet, Jaguar, Nissan, Tesla, and Toyota.

“(Tacos and Test Drives) is a great way for folks in the community to come out and get behind the wheel and take a test drive and ask questions,” said John Grindrod, program manager for SMUD’s Residential Drive Electric Program. “It’s low-pressure and they can drive a variety of vehicles at the same time. It’s the prime motivation.”

Additionally, he said, “Elk Grove is prime SMUD territory, so it’s been tremendous to have the partnership with the city and the various departments.”

“It really lines up with SMUD’s environmental goals. That’s a prime reason we’re out here,” he said.

Grindrod sees the event as an opportunity to educate the public that electric vehicles “are powerful” and “are as beautiful as any car out there.”

Besides the environmental bona fides of EVs, Grindrod said EVs offer practical benefits like requiring less maintenance than their gas-fueled equivalents because they have fewer moving parts and generate less heat. He said that leads to fewer breakdowns.

Also, EVs use a regenerative braking system, in which a generator slows down the car, both recharging the batteries and reducing wear on the brakes.

Other selling points include that EVs never require an oil change and can be charged in the garage.

“We just say your garage is your gas station. … We’re glad to have EVs on our radar and are able to educate the public about all the benefits,” Grindrod said.

Financial incentives for purchasing an EV, Grindrod said, can bring the cost down by $10,000 to $11,000. Most EVs qualify for a $7,500 federal tax credit. Additionally, Grindrod said, the state of California has a clean vehicle rebate of up to $2,500 for residents.

Under a SMUD program, customers who buy or lease a new plug-in electric vehicle can get $599 cash, roughly the amount the average Sacramento EV driver spends on charging at home for two years. Or they can receive a free car charger.

Members of SacEV, an EV enthusiast car club, came to Tacos and Test Rides to show off their cars and answer any questions from the public.

SacEV member Peter Mackin, the owner of a 2013 Tesla Model S, said when his car was new it had a range of 265 miles. He said his car gets about three miles per kilowatt hour so it costs 6 cents per mile to run it.

“I like that it’s quiet, clean and it’s very quick,” Mackin said.

“To me, they’re the most cost-effective, have the most features. It’s tried and true. It’s low on maintenance, low on repairs.”

He said at the dealership, they get a lot of requests for test drives of the Leaf.

Asked what he thought of the Tacos and Test Drives event, Yu said, “Today’s going amazingly. Today, straight-up, people were waiting in line 20 minutes for a test-drive.”