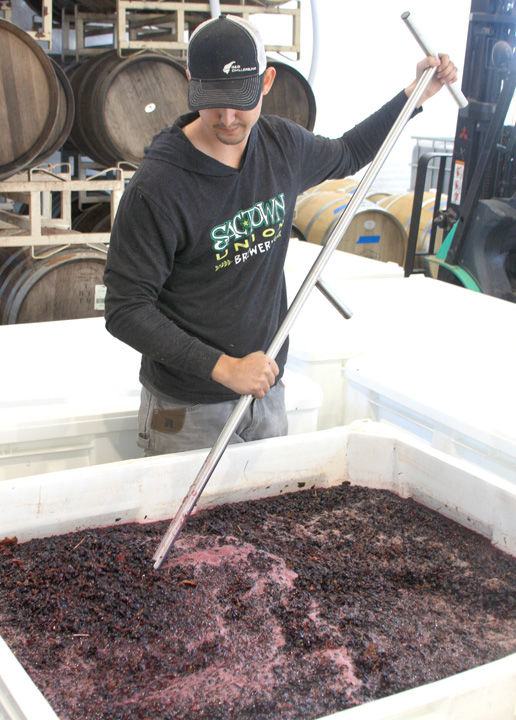 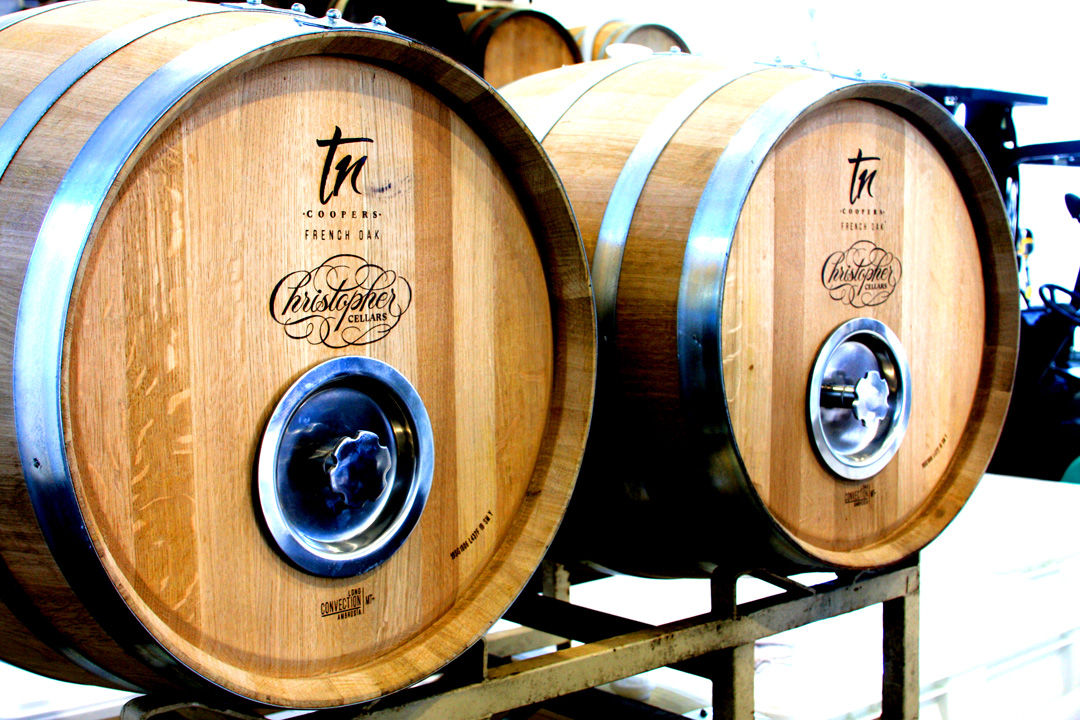 Christopher Cellars wine is stored in oak barrels at the Bartholomew Family Vineyards. 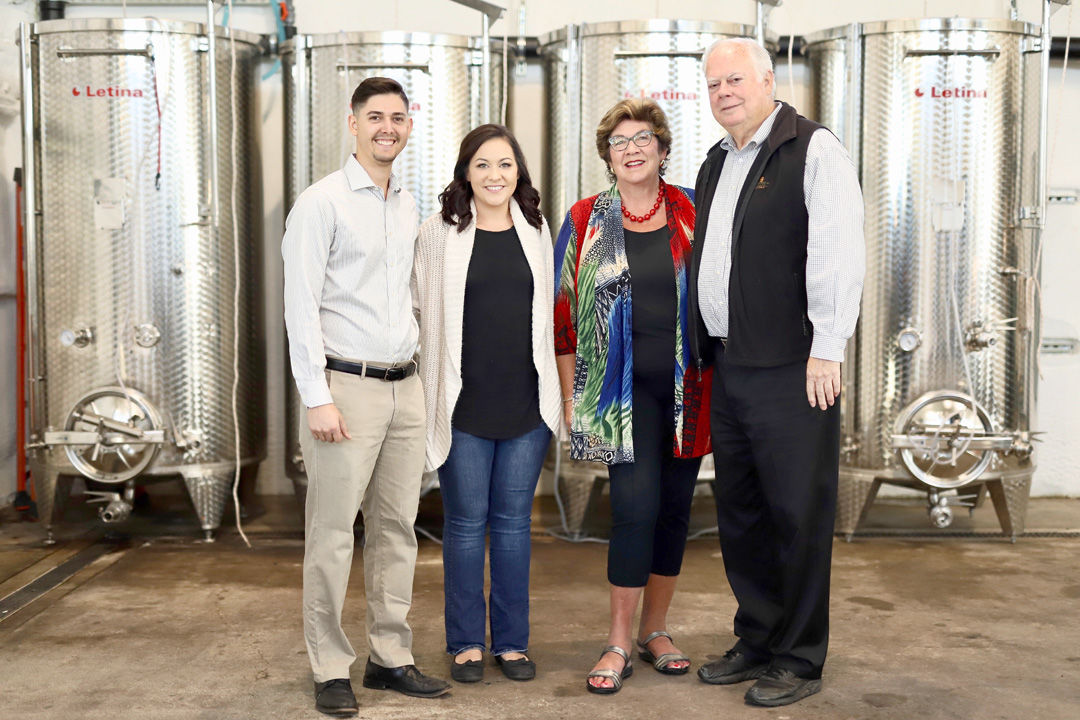 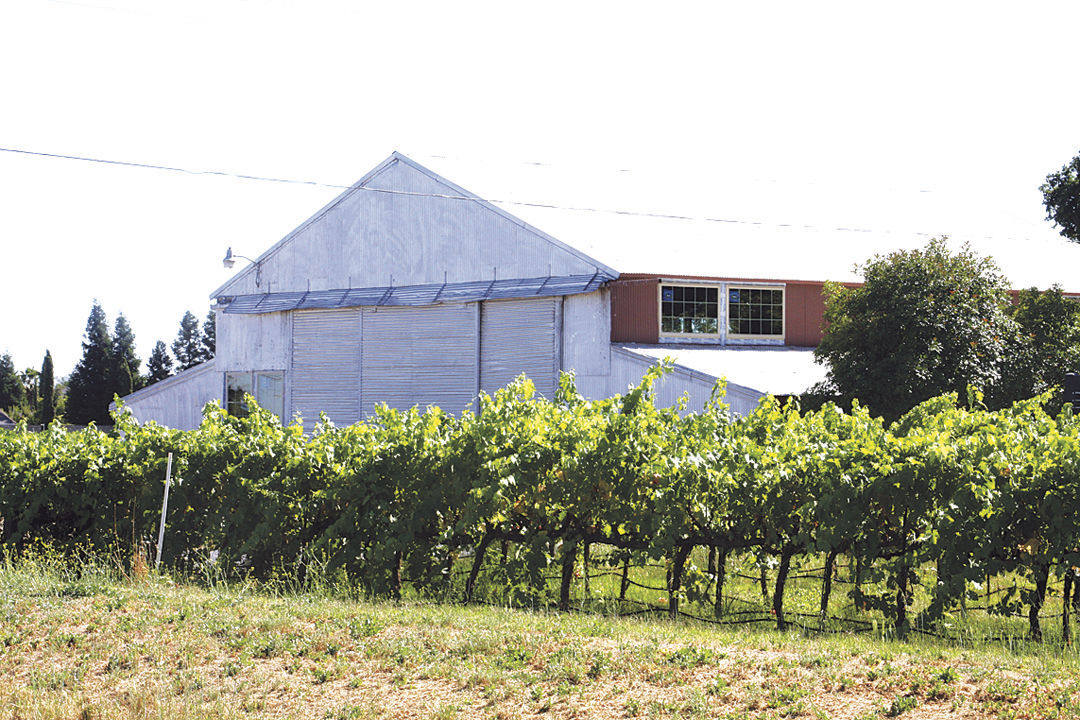 The winery operates at Bartholomew Family Vineyards at the southwest corner of Bradshaw Road and Elk Grove Boulevard. See Page 7 for story.

Christopher Cellars wine is stored in oak barrels at the Bartholomew Family Vineyards.

The winery operates at Bartholomew Family Vineyards at the southwest corner of Bradshaw Road and Elk Grove Boulevard. See Page 7 for story.

In a joint venture with Bartholomew Family Vineyards, Christopher Cellars will offer the Elk Grove community wine produced at the southwest corner of Bradshaw Road and Elk Grove Boulevard.

The Bartholomew family has owned this property since the 1940s, and has grown wine grapes on the 10-acre parcel since 2003.

Hal Bartholomew, who owns the property with his wife, Beverly Brautigan, recalled adding vineyards to his property.

“We had sheep in the front yard (in earlier years),” he said. “I was happy growing up in the country and disking it, but we needed to do something (different). We decided to plant a vineyard in front, then once that was on, we moved to the side yard to plant.

Christopher Cellars is owned by Christopher Mora and his wife, Candice.

Although Christopher Cellars is the Moras’ first winery, the couple has many years of experience in the wine and restaurant industries.

Christopher began working as a cellar operator for Woodbridge Winery while attending Delta College in Stockton. He later worked at a boutique winery in Lodi as a cellar master, before working his way to the position of assistant wine maker.

Both Christopher and Candice have extensive working experience at Boulevard Bistro.

Candice has worked for this Elk Grove business since its inception in 2006 and has served as its general manager for the past four years.

Earlier this year, Candice passed her sommelier examination to be recognized as a trained and knowledgeable wine professional. She is now pursuing her Level 2 sommelier certificate.

In his 3,200-square-foot winery building last week, Christopher told the Citizen that he expects to have his French-style rosé, red blend, and zinfandel wines available on the market as early as February.

The rosé is being produced with grapes grown on site, while the other two wines are sourced from fruit from the Lodi appellation.

As part of the agreement with the city of Elk Grove, the new winery will not hold regular wine tastings on site. However, the business will present five special events per year.

“I’m excited to have the opportunity to express myself through the quality wines of Christopher Cellars, and be able to share them with the community,” Christopher said.