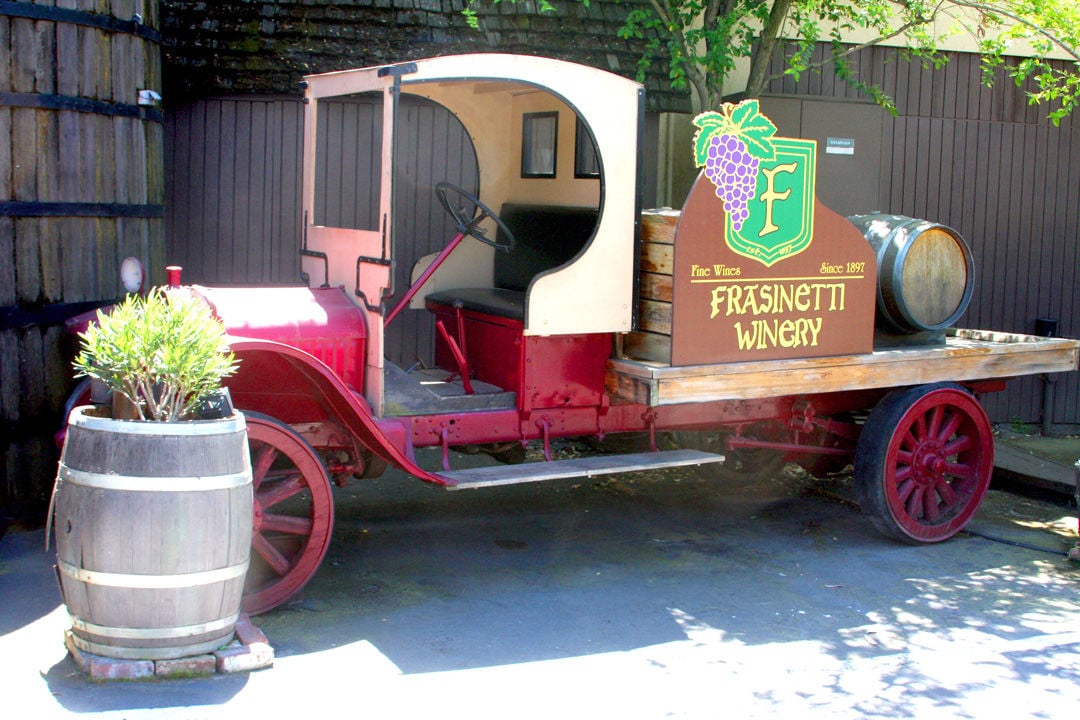 Among the well-known historic features of the Frasinetti family’s property is this 1918 White truck. 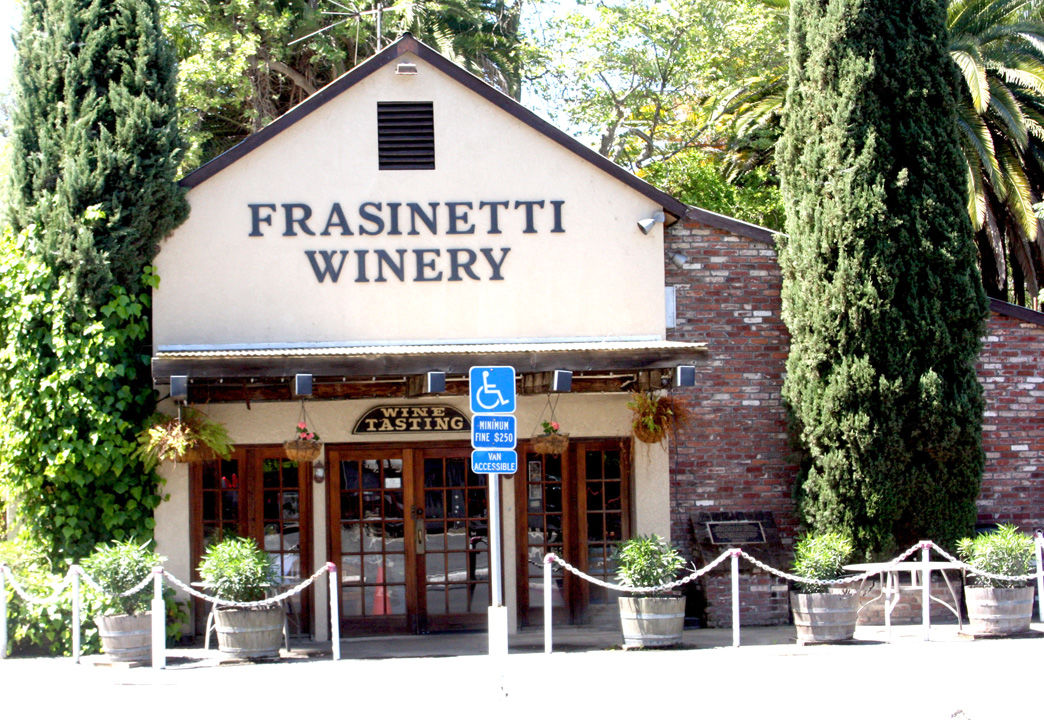 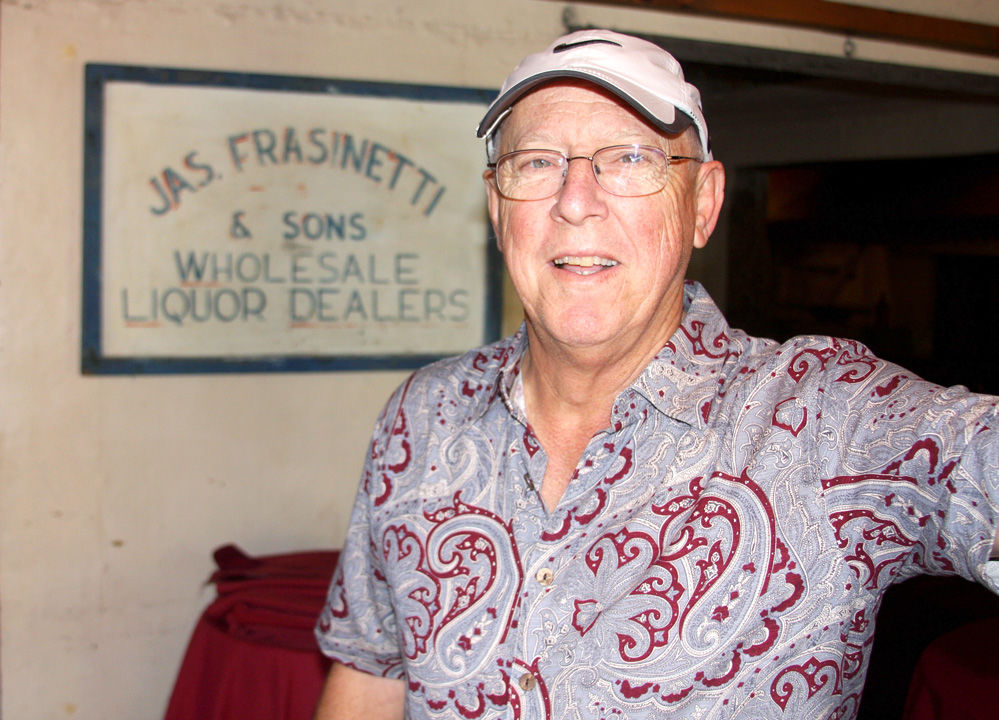 Howard Frasinetti co-owns Florin’s Frasinetti Winery, as well as its accompanying restaurant with his brother, Gary. The brothers are currently attempting to sell their business and 6 acres of property.

Among the well-known historic features of the Frasinetti family’s property is this 1918 White truck.

Howard Frasinetti co-owns Florin’s Frasinetti Winery, as well as its accompanying restaurant with his brother, Gary. The brothers are currently attempting to sell their business and 6 acres of property.

The Frasinetti family’s 122-year-old ownership of their Florin winery may soon come to an end.

Established as the Florin Winery by Italian immigrant James Frasinetti in 1897, the Frasinetti family’s winery is recognized today as the oldest family-owned and operated wine producer in the Sacramento Valley. The 10,000-square-foot restaurant portion of the business opened in the winery’s east cellar in 1985.

Altogether, the Frasinetti family is selling its entire 6-acre property at 7395 Frasinetti Road, just west of the railroad tracks.

The property also includes the 25,000-square-foot tasting room/bottling room/wine storage building, and four houses, one of which was James Frasinetti’s old home. The residential structures range from about the early 1900s to the 1960s.

Three of the site’s acres, which were once occupied by a vineyard, are currently vacant.

Howard Frasinetti, who co-owns the business with his brother, Gary, told the Citizen that the decision to sell his family’s business and property came after he and his brother decided to retire.

Howard, who like his brother is in his 70s, said that Gary never had children, and neither did his son, Jamie or daughter, Lisa desire to run the family’s business.

Although Howard has four grandchildren, none of them are either willing or old enough to run the business, he noted.

“My granddaughters are more at that romantic age where they would like to run this place and bring it into the modern era,” he said. “But they’re 14 and 17, so there’s too big of an age gap. I would be 100 years old before they would be through college or whatever they’re going to do. So, the numbers aren’t quite there.”

Howard mentioned that his family desires to sell their entire property, as opposed to selling sections of it to different parties.

“To us, it is one thing,” he said. “It’s not just the winery or just the restaurant or just the amount of acreage that isn’t used. There are residences on that property that one was my grandfather’s house, one was my parents’ (house), one of the houses was one of my uncle’s and aunt’s. So, there’s a lot of memories and history there, too.”

But Howard did offer one suggestion.

“A lot of people, they’re thinking winery only, because it says Frasinetti Winery,” he said. “Whoever is going to end up with it is going to have a little different vision, as they should, because they’re going to need to expand it to what they want, whether it’s developing that land and having a brewery out here. And there’s a distilling license, so they could start a little distillery, or they might have (a vineyard) and no winery.”

Howard said that he has not experienced sadness with the idea of having placed his business for sale.

“I don’t know if it’s sad, because it hasn’t (been sold) yet,” he said. “It’s surreal. I can’t imagine like today somebody else owning it or possessing it. Because nothing has happened, it’s kind of hard to imagine. But (for now), it’s just business as usual.”

Howard noted that the disappointing part of placing his family’s historic business and property for sale is that it has led to a rumor that the property has already sold and that the winery and restaurant are no longer in operation.

“People think we’re closed,” he said. “You know, you tell a story, the next guy repeats it. And then by the time it gets back around, it’s ‘Oh, no, they closed.’ And I get that every week and business has (consequently been negatively affected).”