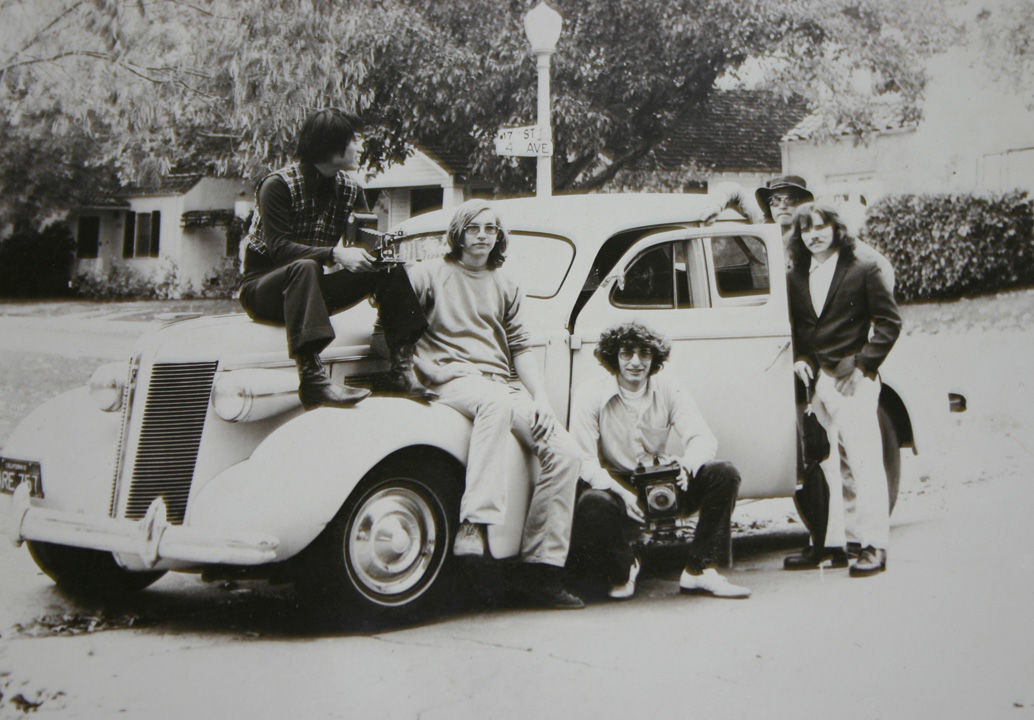 Photography class students pose with an old car in the early 1970s. 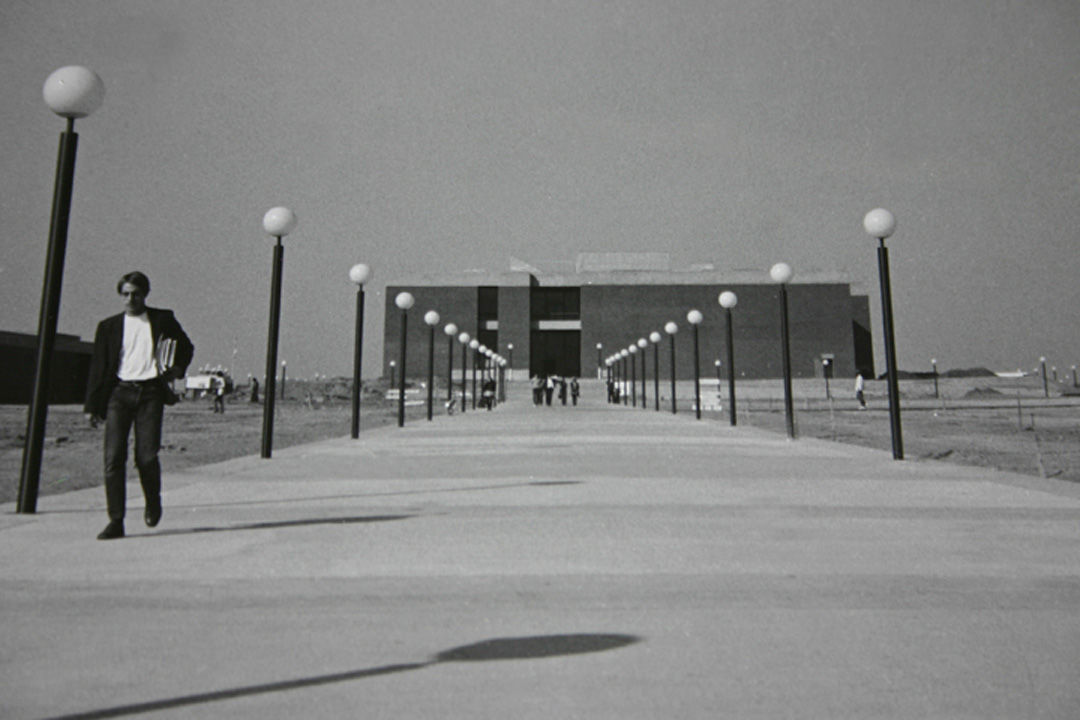 A student walks along a sidewalk at the college in 1970. 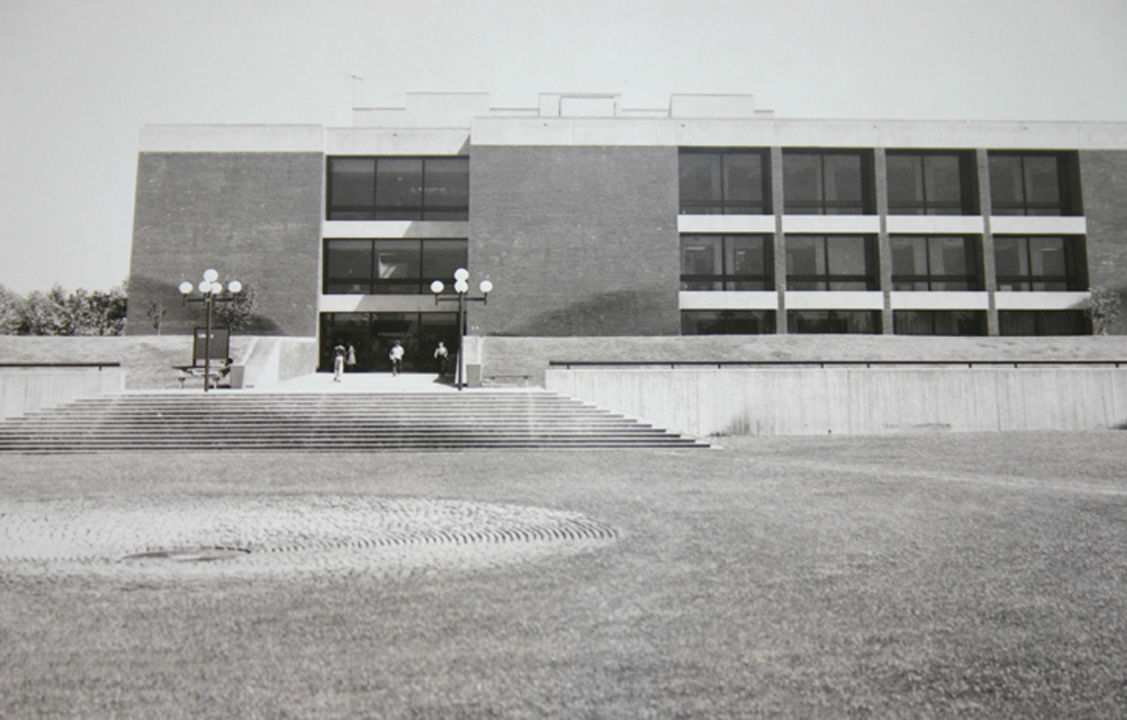 The campus’ library is pictured in 1970.

Photography class students pose with an old car in the early 1970s.

A student walks along a sidewalk at the college in 1970.

The campus’ library is pictured in 1970.

At this time a half-century ago, dust was in the air, as construction workers were diligently working toward the completion of the first phase of Sacramento’s newest institution of higher learning: Cosumnes River College.

This fall marks the 50th anniversary of the opening of the college, and celebratory events are already being planned.

Those attractions will begin with a kickoff event this September, followed by an alumni reunion, a Native American Heritage Week celebration and more. The kickoff event will include a program with local officials and the opening of a time capsule with 25-year-old contents.

“It’s a very exciting time for us at Cosumnes River College,” she said. “Knowing that we’re hitting our 50th anniversary, that we have made just leaps and bounds providing educational resources to the members of the south Sacramento and Elk Grove communities (is special).

“I know that the vast majority of our students are from this area, whether it’s Elk Grove or the south Sacramento-Pocket area. Just knowing that we have (served) these areas at large is very important to us.”

Roots of the college

The decision to build a college in the south part of the county emerged in the mid-1960s.

Steiner noted that on Feb. 17, 1965, talks began on a potential location for a south area campus.

He supported that statement by noting that Sacramento City College had surpassed its theoretical capacity, and enrollment was increasing at American River Junior College – today’s American River College.

During the following year, the district’s three new, proposed campus sites were revealed.

The future, yet then-unnamed south area college was identified as being located along the extension of Center Parkway, north of Calvine Road. The other campus proposals were sites in the Folsom and Natomas areas.

Efforts to name the college began in the fall of 1967, and suggestions were solicited and received from residents of the district.

A committee consisting of citizens from Elk Grove and south Sacramento took on the task of selecting one name from a list of 18 possible names for the college.

On Oct. 3, 1967, the committee narrowed the list down to Elk Grove College, Cosumnes River College, and Prado Vista College.

Those suggestions were presented to the Los Rios trustees during their Oct. 18, 1967 meeting.

In attempting to name the college, the trustees reached a deadlock on the Elk Grove and Cosumnes River names.

Ultimately, the board settled on the name, Cosumnes River College.

The district’s trustees authorized the preparation of working drawings for the first phase of the 150-acre campus on April 17, 1968. That approval set in place initial work on the site during the summer of 1968, followed by the beginning of construction in January 1969.

This more than $7 million phase included the library, physical education building, a swimming pool and locker building, an automotive shop and a manufacturing processes building.

The architects for the first phase were Starks, Jozens, Nacht & Lewis, and Lionakis & Baumont, and the building contractor was the Baldwin Contracting Co.

Completion of the original campus plan was then scheduled for 1985.

The California Community Colleges Board on Nov. 19, 1969 issued a report in which they recommended that the college be “developed to full capacity as rapidly as possible,” due to an expected greater number of students.

At that time, it was planned for the college to accommodate 1,800 to 2,500 students upon the completion of its first phase in September 1970. It was then planned that the second phase would be completed in 1976.

The long-awaited opening day of the college was Sept. 14, 1970. In its Sept. 16, 1970 edition, the Elk Grove Citizen reported the college’s opening day figures as 1,710 day students and 268 students registered for night classes.

That report notes that students “can enter all buildings without wading through dust in summer or mud in rainy weather.”

In a temporary arrangement, the offices of President Oliver Durand, the registrar, the dean of instruction and other administrators were located in the auto shop building.

Their permanent offices would be within the campus’ three-story library building, which would open in November 1970.

Among the buildings that were constructed following the completion of the first phase of the campus were the business/social science classroom building in 1975, the cafeteria/college center in 1990 and 1991, the visual and performing arts complex in 1995. The latter project completed the campus’ original facilities master plan.

Since that time, the college added the Elk Grove Center outreach location at 10051 Big Horn Blvd., the on-campus Winn Center for Construction and Architecture, and the campus’ art gallery.

Construction is currently underway on the existing college center, which will increase its size to more than 30,000 square feet.

All student services and the president’s office will be housed in this expanded center, which is scheduled to open this year.

Cosumnes River College’s continued growth has resulted in its ability to educate more than 14,500 students per year and offer about 175 degrees and certificates across 50 different occupational and transfer program areas.

In addition to academic courses and programs, the college offers support services designed to assist students in achieving academic success, including the Student Success and Support Program, counseling and career services.

Celebrating the past, planning for the future

Steiner mentioned that the college is both organizing a celebration of its milestone anniversary and planning for its future.

“I think it’s important to really just show our longevity and just really celebrate where we’ve been and where we’re going,” she said. “Our theme for this year is ‘Paths Forged, Futures Discovered,’ and we really want to highlight what we have done to really work with our community to determine what that educational path is for them and help them achieve it.”