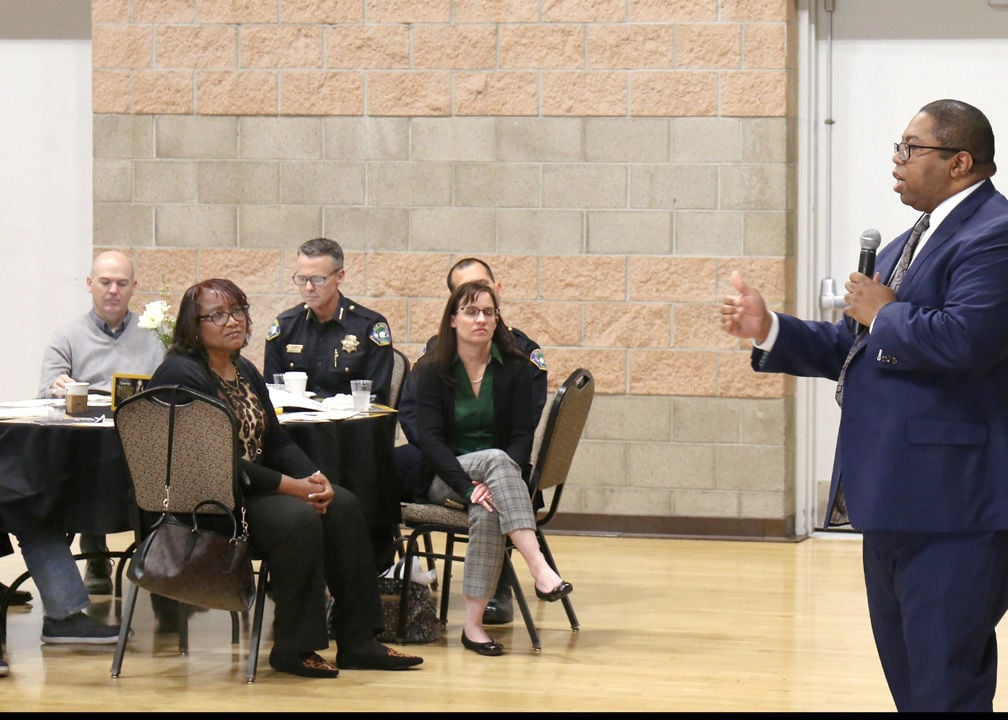 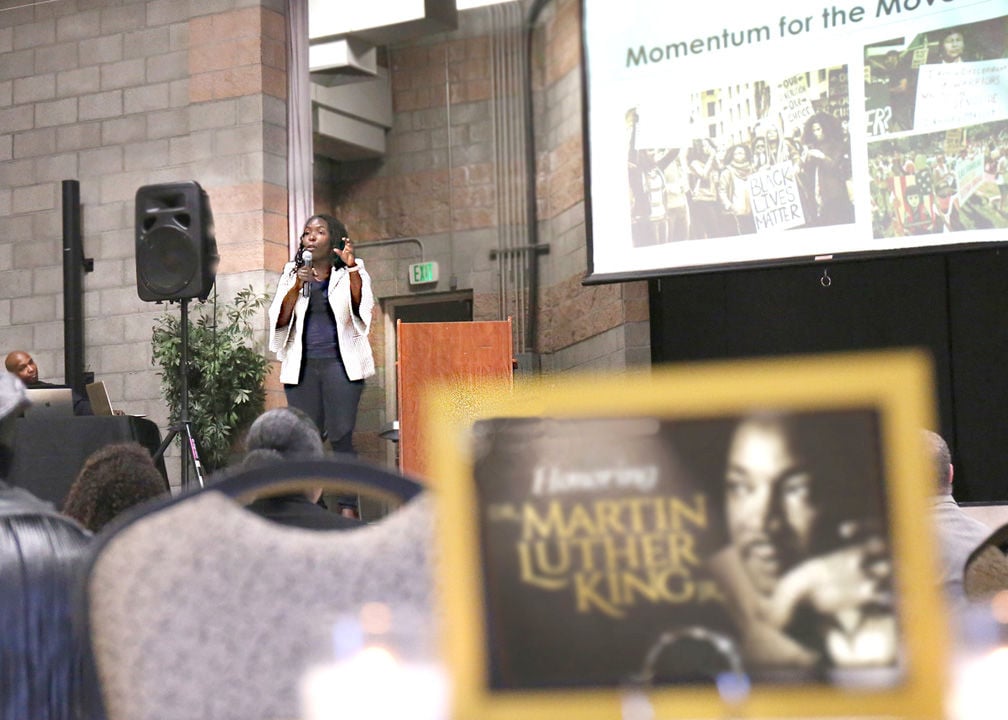 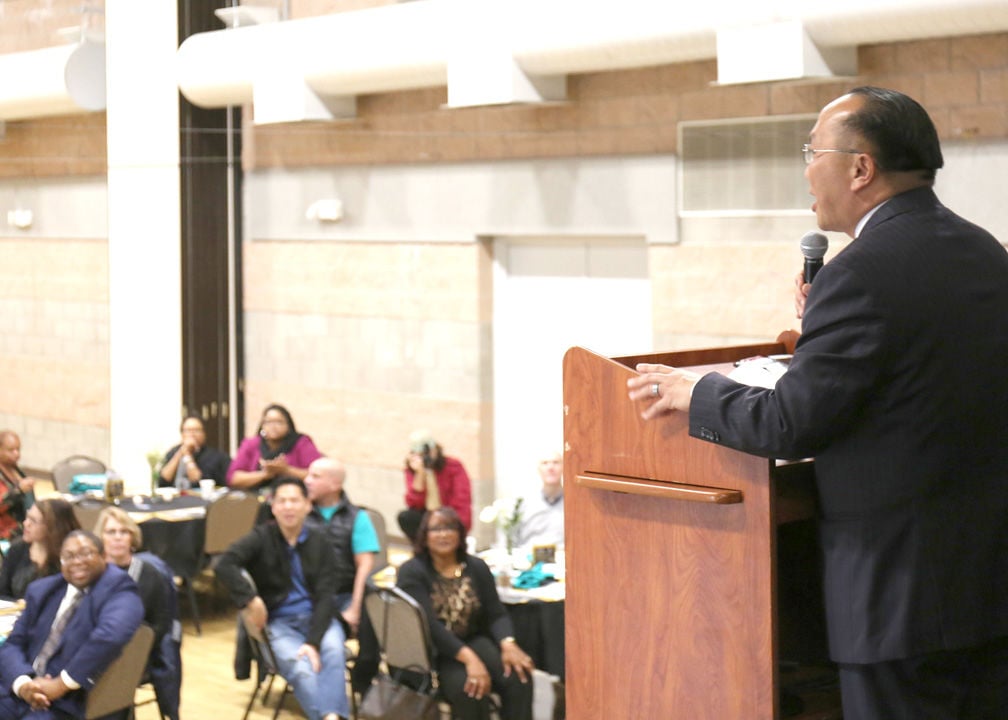 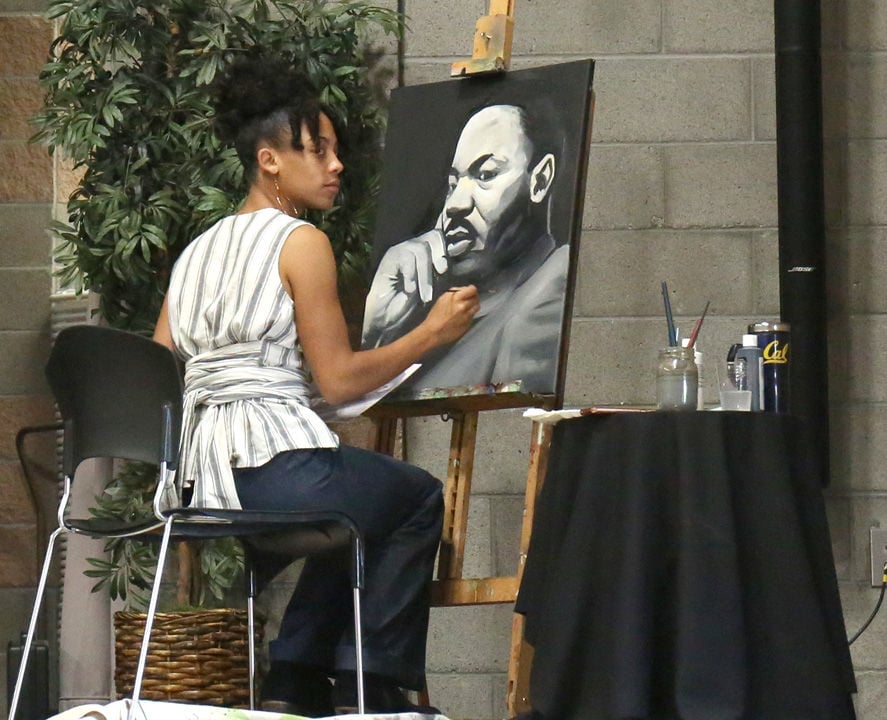 Elk Grove residents celebrated the legacy of Dr. Martin Luther King, Jr. at a community breakfast, titled, “MLK 2019 Legacy: Seeding the Next Generation.” Held at Laguna Town Hall on Jan. 19, the attendees came together in song and community.

Asked why she chose to perform that particular song at the MLK breakfast, Lawrence said, “When I think of the ‘60s and when the Civil Rights Movement was going on, I was looking at the words of the song and I was like, a change is going to come. The song relates so much to the struggle and the true meaning behind it.”

She said she’s been singing as long as she could remember.

In her speech, Mosby honored Dr. King as “someone we think of as a tireless leader, revolutionist and a humanitarian. He encouraged peace and equality of people of all backgrounds.”

From exercising his First Amendment right to protest and boycott, she said he demonstrated a strong motivation for change.

“One of the changes he wanted was to give a voice to the voiceless. He wanted to ensure everyone got the opportunity to vote,” Mosby said.

Noting the times when not everyone had the right to vote, she said that she will pre-register to vote and she’s looking forward to it.

Recognizing everyone in attendance, Brewer said “the spirit of humanity is more than alive and well in Elk Grove.”  And noting the other local dignitaries in the room, he added: “We have all been working with our own respective agencies to bring equity and social justice and equality to each of our governing bodies that serve the community of Elk Grove.”

Brewer said that in his community services district, they’ve performed a diversity study and will work on improving staff hiring, programs that are developed, and improving customer service.

“We’re not just here to stuff our face with pancakes,” he said. “We’re here together as a community to show we are here for the right causes, for the right reasons. We’re all here for a better and brighter Elk Grove.”

In her keynote address, Cofer, an epidemiologist and the director of state policy and research for Public Health Advocates in Davis, explained how lessons learned from social movements parallel those from public health.

Beginning her talk about the resurgence of infectious disease, many of which we either eradicated or that had decreased in numbers, she argued the same happened with the Civil Rights Movement.

From the killings of outspoken public leaders to the layering of systematic polices like racist housing policies to mass incarceration and the federal government’s War on Drugs, Cofer said it “was easy to add a racial component to that without saying race,” she said.  “And so now we’re seeing a resurgence of things we thought were declining – the same as we had with infectious disease. There is a pattern to this and we have to learn from this history in order to do things differently and to be able to further a  movement.”

As time moves on, progress can either stagnate or move forward, Cofer explained using the following metaphor:

That said, Cofer encouraged the audience to be a part of the movement happening now “because that is how the future is shaped.”